Greece faced a total 154 fires throughout the country on Friday, Deputy Civil Protection Minister for Crisis Management Nikos Hardalias said last night, with 98 of those being new within the last 24 hours.

At a live briefing, Hardalias said that 64 fires are still burning.

The most important ones, he said, were in Attica, Evia island, Ilia (including in Ancient Olympia), Messinia, Mani (the latter three in the Peloponnese) and Tolofona, Fokida, Fthiotida (all in Central Greece), as well as the island of Crete, and Grevena (Macedonia).

He said all available forces were taking part in efforts, and thanked all firefighters and volunteers working under very difficult and often risky conditions in unprecedented times.

He also expressed his sadness for the volunteer firefighter who lost his life at Ippokratios Politia on Friday.

The minister enumerated the firefighting forces, on the ground and by air, in each of the areas on fire. 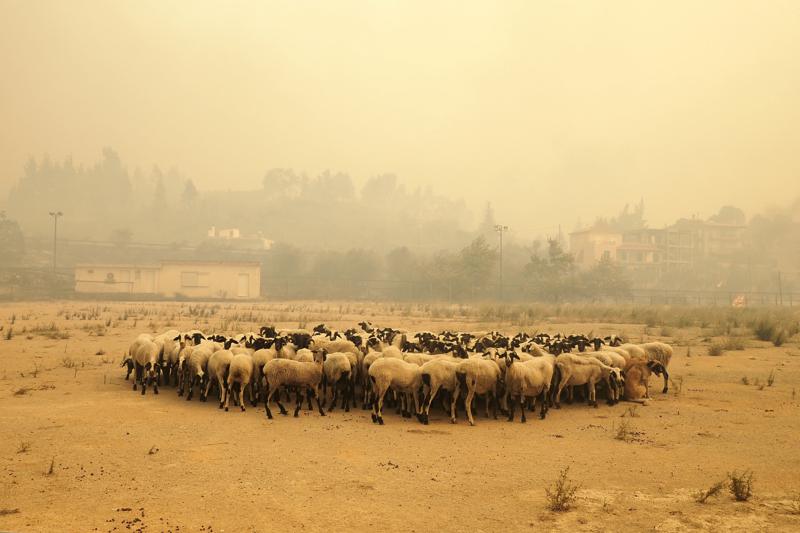 He said that in the Varybobi area, where a great fire started on Tuesday and spread from Mt. Parnitha to town in northern Attica as far as Lake Marathon reservoir, a total of 720 firefighters were operating.

These include 40 terrain teams and 215 fire trucks, along with over a dozen airplanes and helicopters, which must stop operations during the night.

The large Beriev water-dropping airplane sent by Russia is operating in Evia, he explained, where fires raced through villages and towns – sometimes several times over the last four days – and where at least 631 people had been evacuated by the time of his public address. 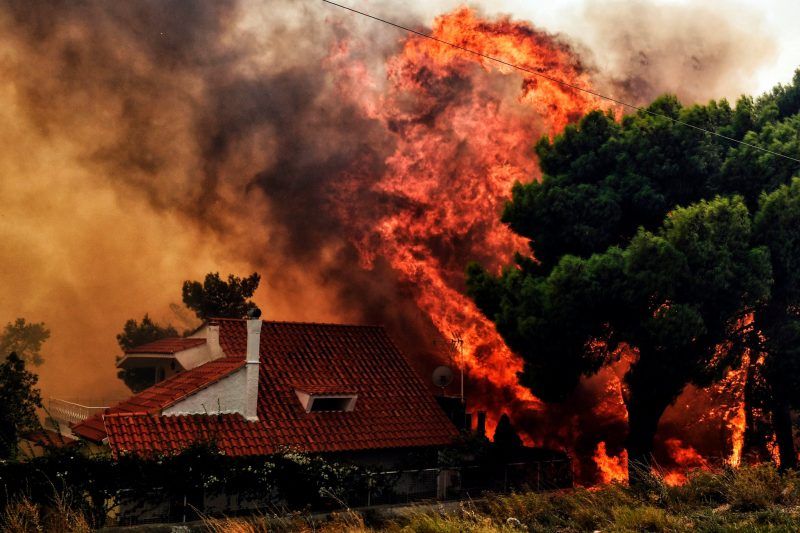 Countries sending firefighters included France, Cyprus, the Ukraine and Romania, while Croatia, Sweden, and Switzerland, as well as France and Cyprus, had or were sending airplanes and Super Puma helicopters.

Hardalias also said that arson investigators are working with local offices and police in Attica, Tolofon, Evia, Ilia and Messinia.

So far, three people have been arrested, in Fokida prefecture of Central Greece, Attica and Kalamata.

The Attica suspect was held for intention to set fire and in Kalamata for repeatedly having set fires, with three of them confirmed.