Bathers on the beach of Sozopoli in Halkidiki were faced with an unpleasant spectacle as they saw a dead dolphin that was "washed away" by the sea.

As can be seen in the group posts on social media, the wave pulled a dead dolphin ashore, without any obvious injuries, on the beach yesterday afternoon.

The causes of the mammal's death has not yet been determined but an investigation is being carried out by the Coast Guard.

The news became known from two posts of members in a Facebook group which concerns Halkidiki. 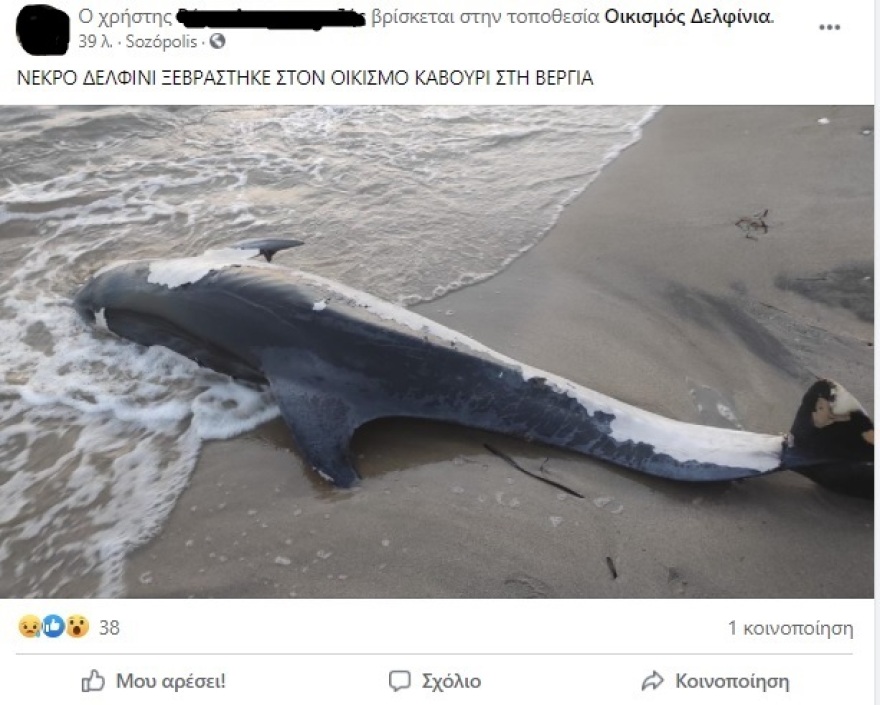 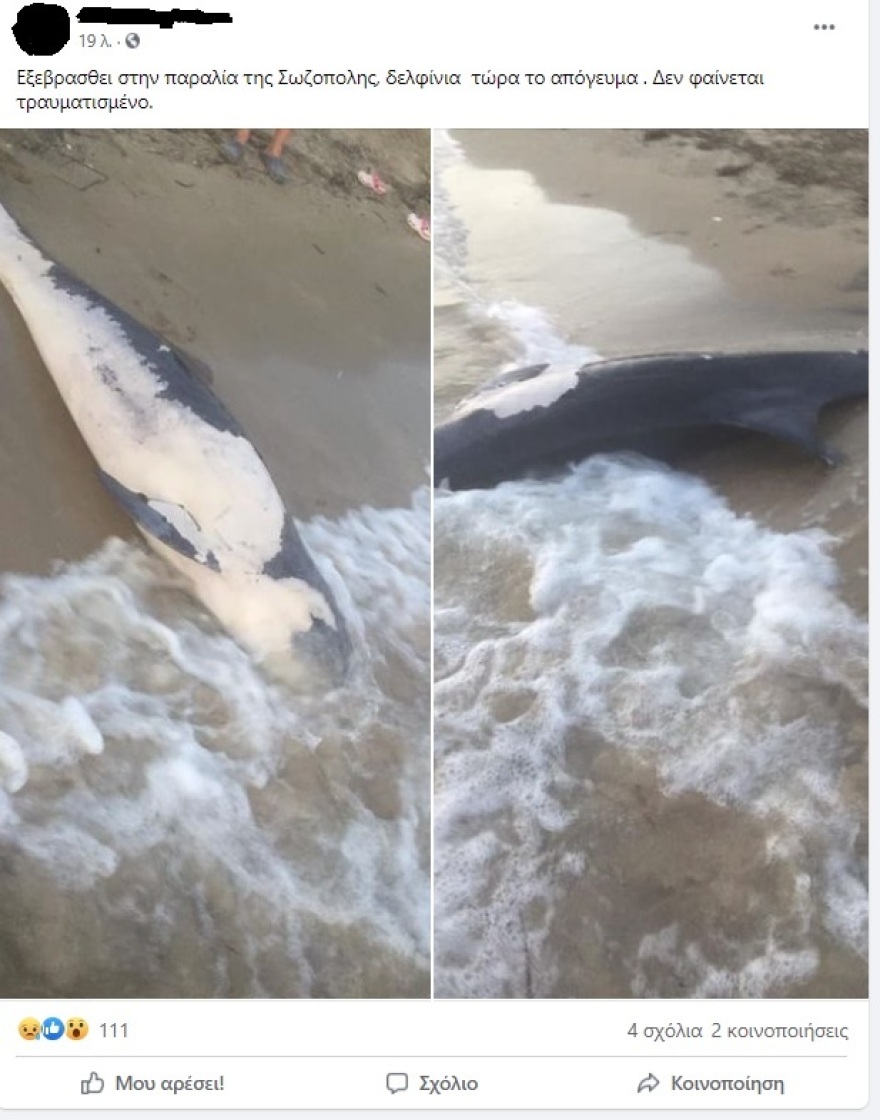 READ MORE: Morning excitement for a farmer in Livadia: Wild boars appear on his field.