The end of summer signals the end of beaches and the invocation of mountains and the start of weekend village escapes – clean air, stone taverns with the local flavors and hikes between pristine streams and fir trees.

From the dozens of beautiful and picturesque destinations, there are four villages which are located near Athens that make the perfect autumn weekend escape for those who wish to walk through picturesque alleys and visit stone chapels. 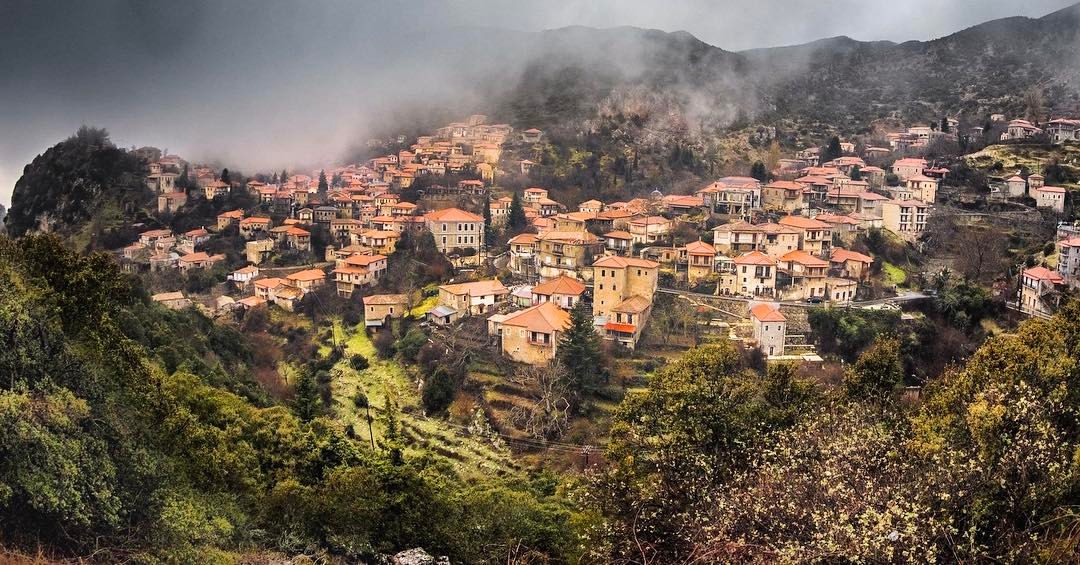 Historic Dimitsana could not be missing from our weekend autumn escapes list.

It may be known for its role during the Greek War of Independence from the Ottoman Empire, but its beauty with special architecture and the gorge of Lucius is what brings visitors to its doorstep today.

You can wander the streets of the village and visit one of the monasteries of Lucius.

Traditional taverns and cafes are not missing from here either, as well as shops with pure local products.

The historic library and the ecclesiastical museum are interesting.

A little further out of the village, take a walk through the Open Air Museum of Hydrokinesis with the flour mill, the water mill and the gunpowder mill. 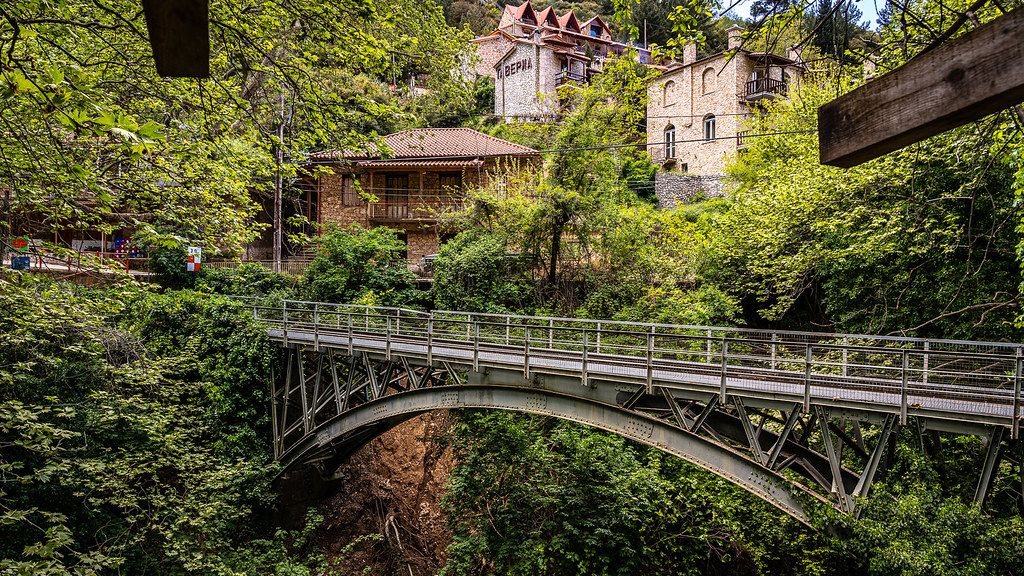 If you are looking for a truly magical place for your getaways, look no further. Take the car and head to Zachlorou, a village built in the gorge of Vouraikos.

The village was built during the Turkish occupation when Epirotes were forced to flee to the Peloponnese.

There is a lot of wild beauty – streams, trees and rocks create a cinematic landscape.

Here you can walk along the Vouraikos, but also on the railway tracks.

If you want to take the train, it goes through the green slopes.

The unique Cave of the Lakes is also worth a visit. At an altitude of 750 meters on the slopes of Elikonas is Kyriaki, a traditional mountain village with its cafes, taverns and hotels can be found.

Apart from its classic, stone beauty, Kyriaki also has a rich history, as it took part in the National Resistance and for this repeatedly burned by the Germans and the Italians in 1943 and 1944.

The village is all you need to get a good dose of fresh air over a weekend as it is surrounded by trees and offers a walk in its stone, picturesque alleys.

It is famous for the pure products produced by its inhabitants, such as gruyere, mizithra and barrel feta.

Like every mountain village, it has its small churches, with the first and best being the chapel of Agios Nektarios located in Paliokastro. If you choose to visit it you will be impressed by the view, which includes Korinthiakos, Giona and Parnassos.

In Orini Akrata is Zarouchla, a village that retains its old, traditional character despite the growing number of visitors.

The village is dominated by green, but its honorary and here has the stone that covers streets, shops and houses.

This is the main feature in the hotels you will stay at for the weekend, but also in the cafes and taverns where you will try delicious, local dishes.

If you love nature, Zarouchla is an ideal weekend destination for you, since here you can take walks among the fir trees and the streams.

Leaving, take a walk along the beautiful lake Tsivlou, which although owes its existence to a deadly landslide that occurred in 1913, is of incomparable beauty and worth a stop.

READ MORE: The islands that are less than an hour and a half from Athens.