The colours of the Greek flag were seen over the Acropolis on Monday thanks to two Rafale fighter jets and eight jets from the French acrobatic squadron Patrouille de France. 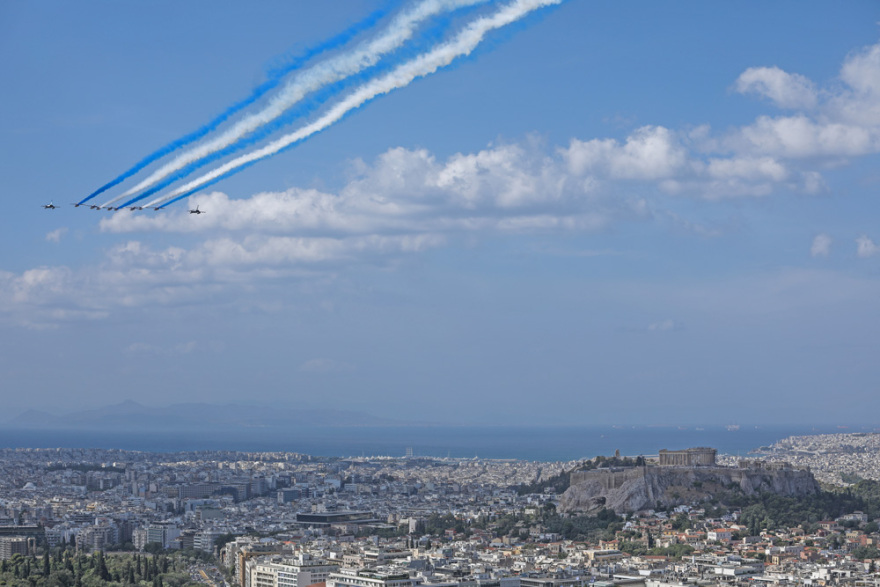 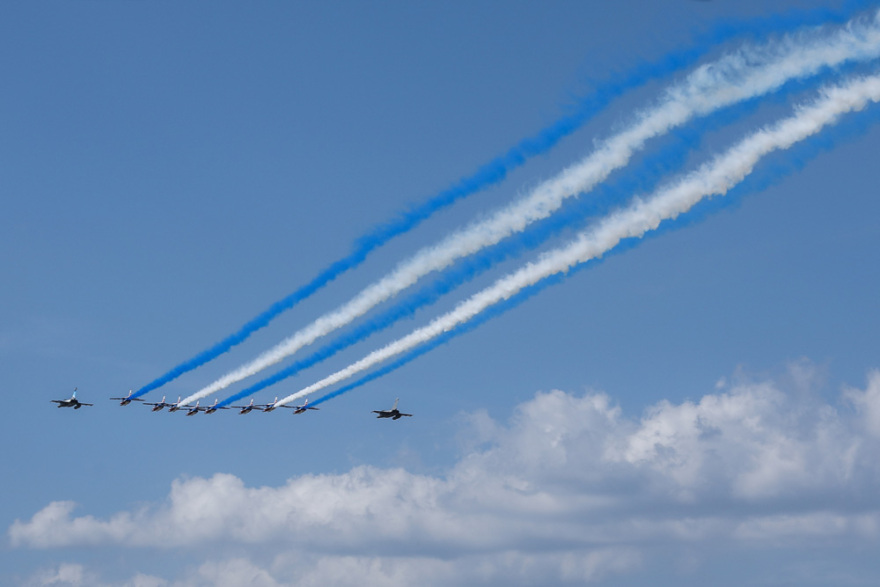 The two Rafale fighter jets and the acrobatic squadron took part in the “Athens Flying Week” and said goodbye to Greece this morning with a flight over Athens. 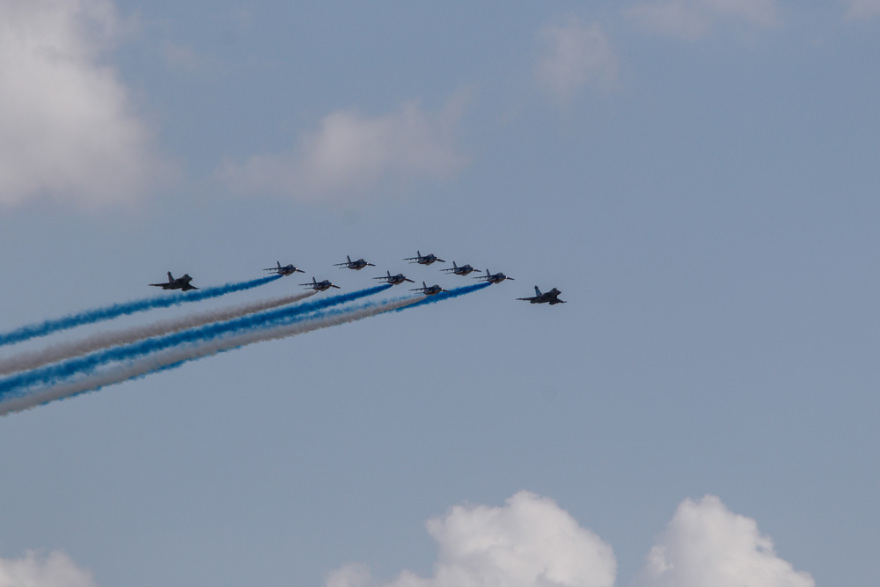 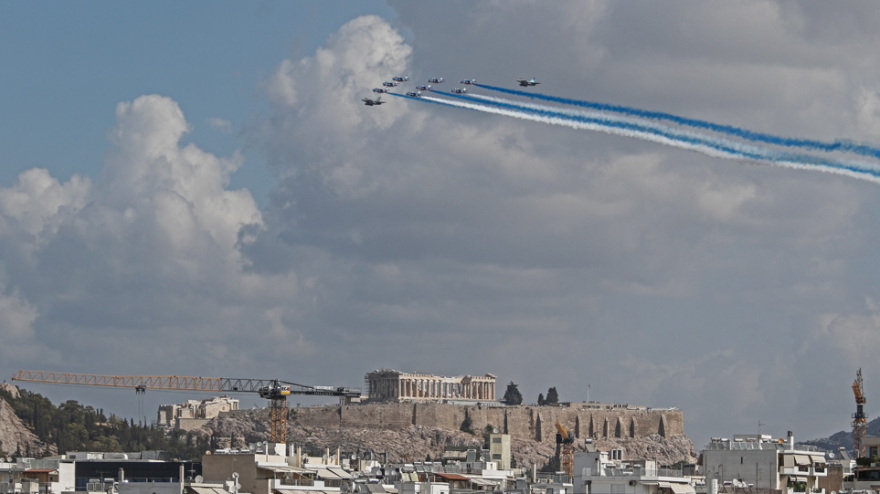 The flight of the French aircraft in the Athens sky lasted only 15 minutes, from 10:45 to 11, but the images created were impressive.