Issues of common interest, but also developments in Greek football were raised during the meeting of the Prime Minister Kyriakos Mitsotakis with the President of FIFA, Gianni Infantino in New York.

Infantino gave Mitsotakis a jersey of the World Football Federation with the number 9, as well as a set with referee cards – yellow and red. 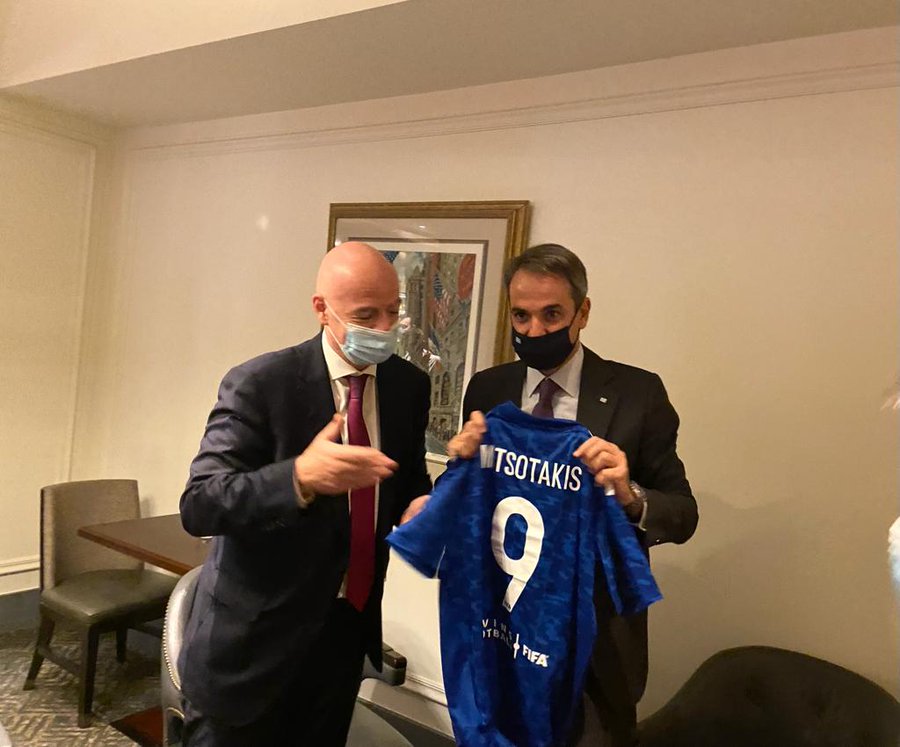 The Greek prime minister, for his part, offered Infantino a collectible watch for the 200 years since the Greek War of Independence from the Ottoman Empire. 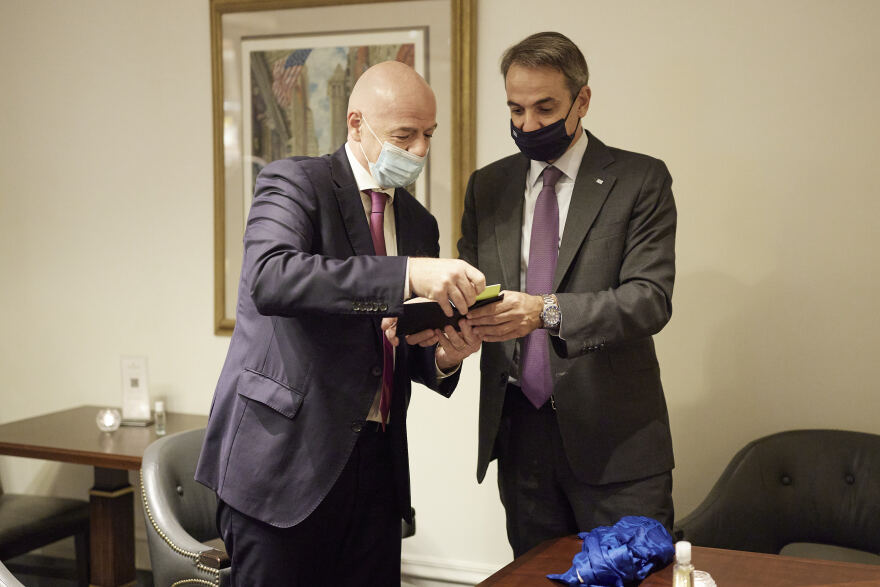 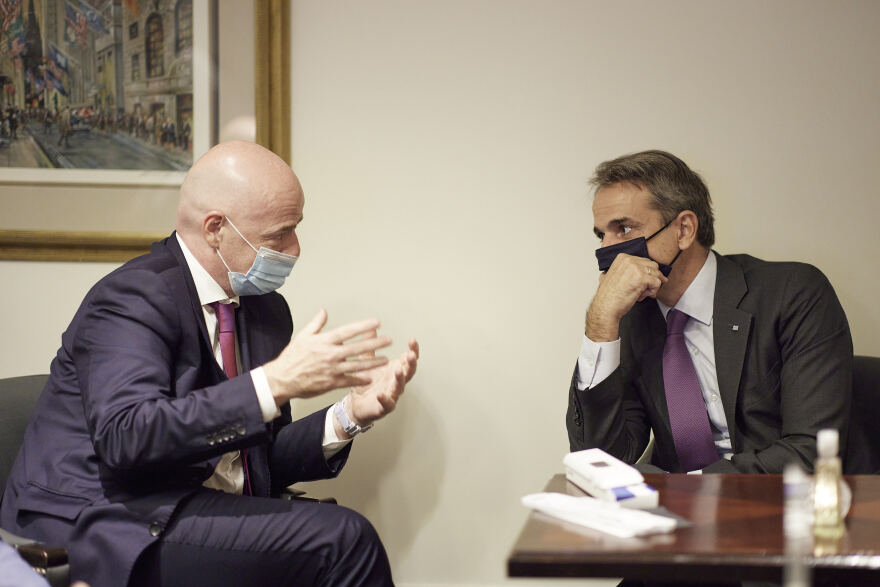 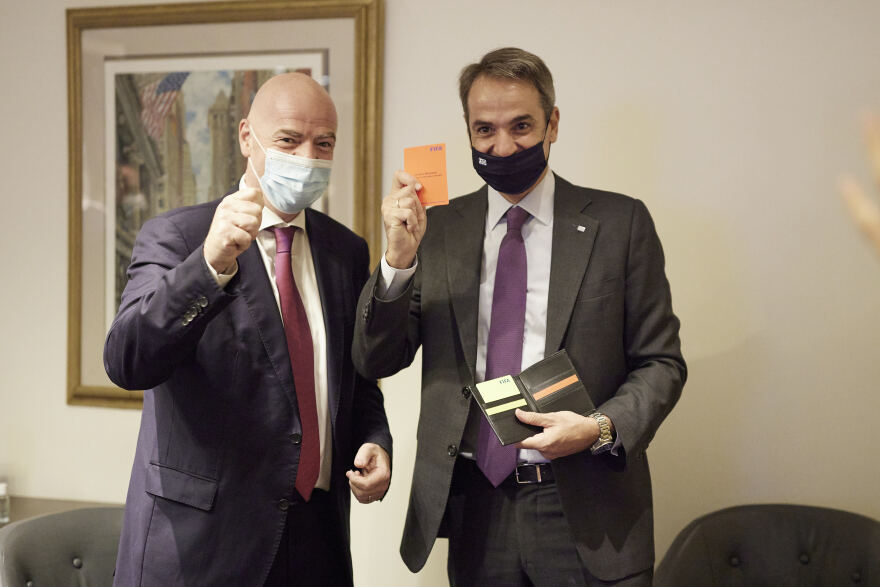