The Turkish Ministry of Foreign Affairs has issued a statement demanding Greece to reduce school hours in order to allow teachers and students of Muslim schools in Thrace to participate in Friday prayer.

Friday is considered a holy day in Islam.

The announcement, which speaks provocatively about the non-existent “Turkish” minority in Thrace, refers to a decision of the Regional Directorate of Education of Eastern Thrace in Turkey to end classes half an hour earlier every Friday.

“We call on the Greek authorities to reverse the decision that restricts the fulfillment of the religious obligations of students and teachers in the primary schools of the Turkish minority in Western Thrace,” reads a statement posted on the official Twitter account.

Turkish media broadcast the announcement with headlines such as: “Turkey reacts to Greece’s decision to limit religious duties in the minority schools of Western Thrace.” 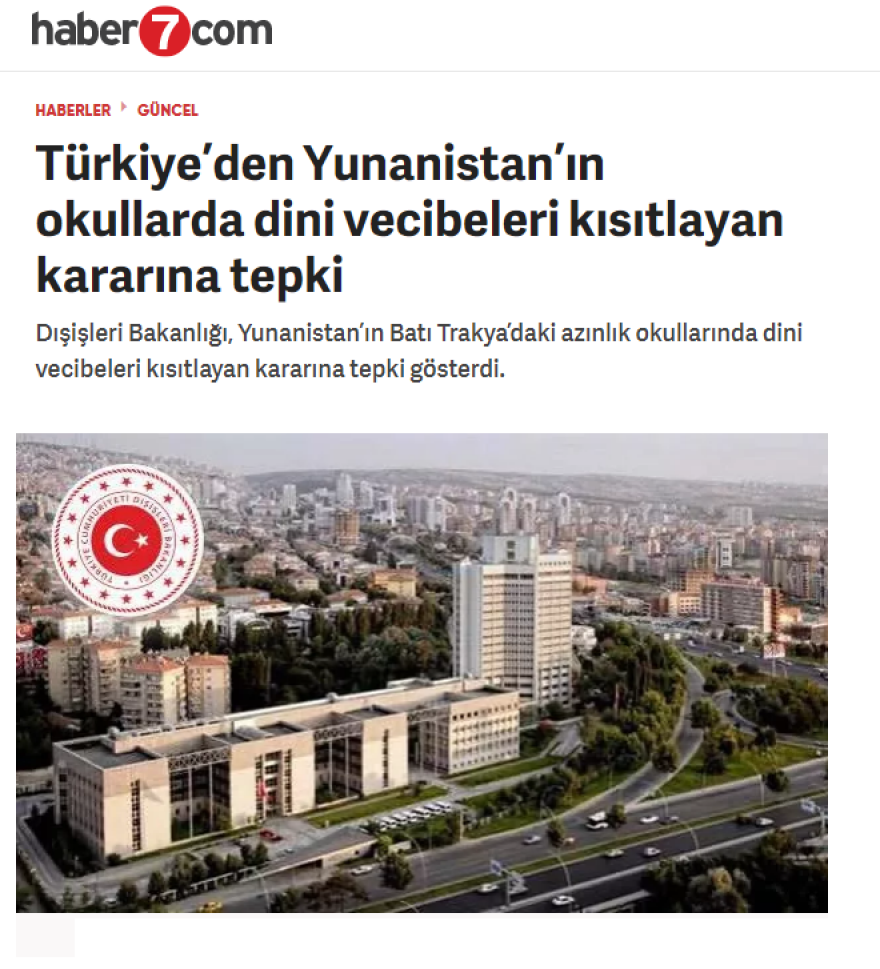 Recently, the Rodopi MP of KINAL, Ilchan Achmet, in a letter to Education and Religion Minister Niki Kerameus, requested the immediate settlement of the issue.

He asked for classes to finish half an hour earlier so that Muslim teachers and students can perform their religious duties unhindered.