From Messinia in the southwest of the Peloponnese, Nikitas Stamatelopoulos (1782 – September 25, 1849) was a Revolutionary, Patriot, a ferocious combatant and a loyal Greek, known for his exploits during the Greek War of Independence.

In fact, his exploits were so known that he was given the nickname “Τουρκοφάγος” – The Turk Eater.

Nikitas, with the nom de guerre of Nikitaras, was a ruthless fighter, who participated in numerous battles during the Greek War of Independence.

He was given the nickname Turk Eater for his exploits during the Battle of Dervenakia in 1822, where he used five swords over the course of the battle as he had broken the first four from excessive use.

Nikitaras was a staunch patriot who loathed corruption, betrayal and theft.

He refused offers to murder fellow Greeks in exchange for positions in the Government and was also famous for flatly refusing to take any booty or accept any spoils of war for himself after victorious battles.

During the Third Siege of Messolonghi, when he arrived with supplies, soldiers who had not been paid in months asked him if he had also brought any money with him.

Nikitaras angrily flung down his sword and uttered – “I have only my sword, and that I gladly give for my country.” 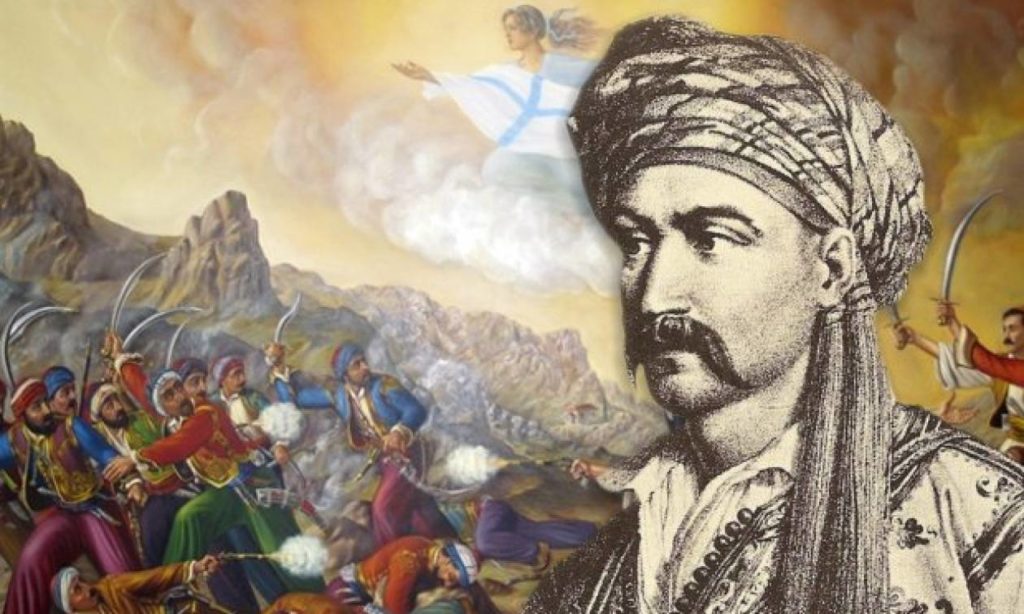 He was a nephew of Theodoros Kolokotronis and one of his most trusted and loyal allies throughout the revolution.

Like Kolokotronis, he would also later be put in prison for his opposition to the foreign imposed rule of King Otto.

His treatment and the poor conditions while in prison contributed to his decline in health following his release.

Nikitas would die in Piraeus in 1849.