Fans of Turkish side Galatasaray rioted during the Europa League away match against French outfit Marseille.

The match was interrupted when the Turkish fans entered into a skirmish with the Marseilles fans and began to throw firecrackers and smoke bombs at everything and everyone.

Their excuse was because Marseille fans displayed the Greek, Armenian and Kurdish flags during the game. 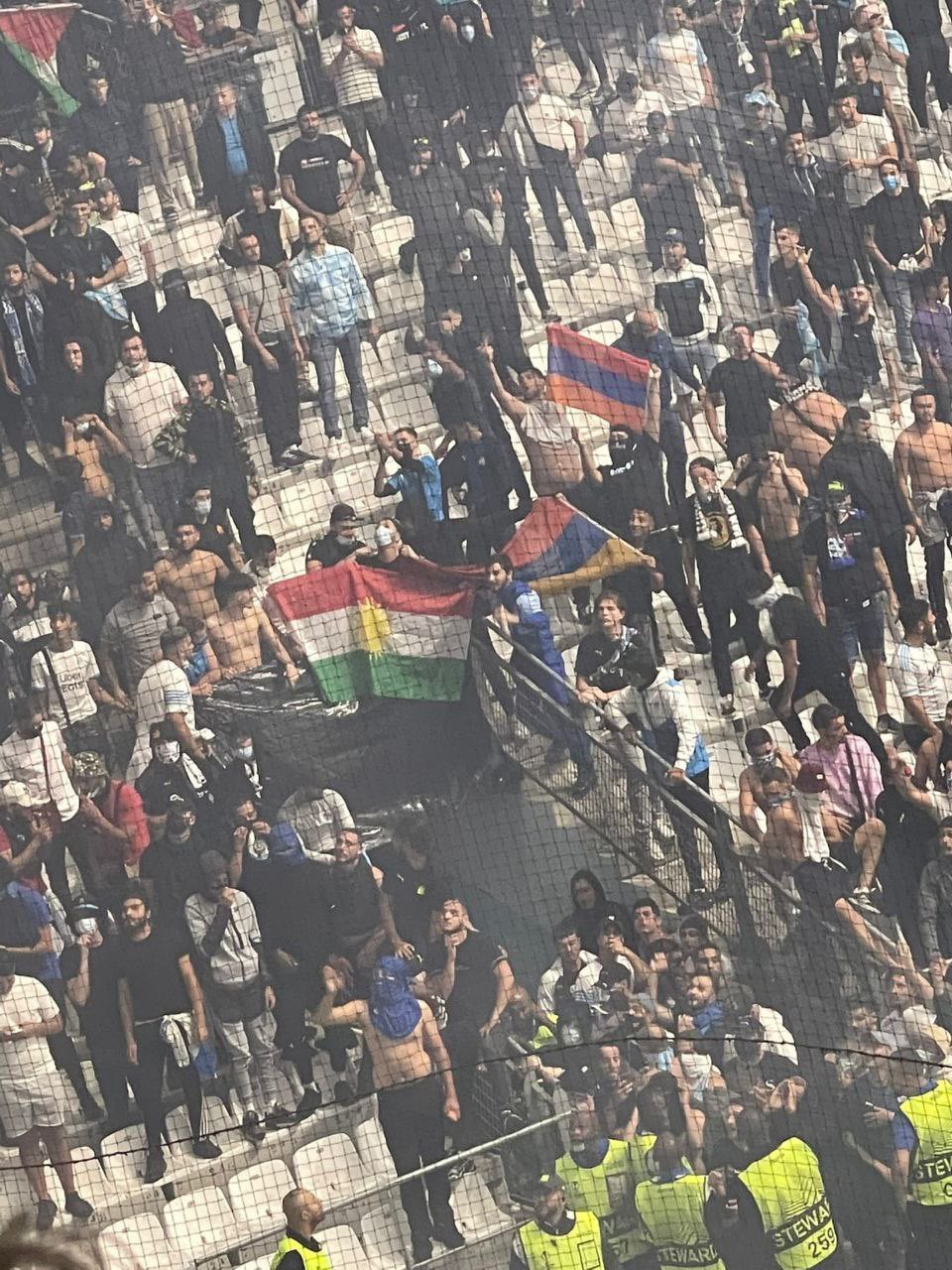 The Grey Wolves are an international Turkish organisation responsible for massacres against minorities in Turkey, bullying and harassing Armenians throughout Europe, and sending members to fight and commit atrocities in Syrian and Armenian warzones.

Galatasaray head coach Fatih Terim said: “I asked our fans to stay calm. However, if the opponent shows the Armenian flag, then they will provoke us.

"Constantly the Greek, then the Armenian flags. The fans said that they are provoked, in which they are absolutely right.”

Not only did Terim affirm the issue of Grecophobia and Armenphobia in Turkey, but then also ignored the fact that Galatasaray supporters were making hand signals of the Far-Right Grey Wolves organisation, which is recognised as a terrorist organisation in France. 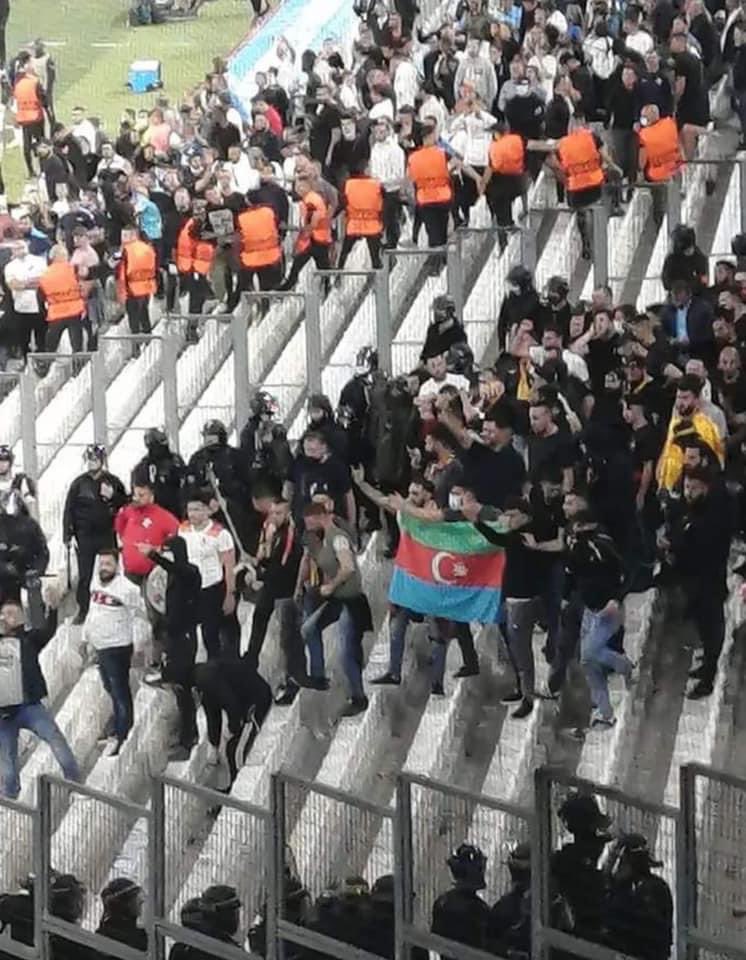 Anne-Laurence Petel, a French MP and Commission for Economic Affairs, wrote on Twitter that "It is unacceptable that the Gray Wolves are reconstituting themselves!"

She added that she wrote to Anne-Laurence Petel Interior Minister Gérald Darmanin to urge him "to show the greatest firmness against the enemies of the Republic!"

Three police officers were also injured over the course of 0-0 match.

Galatasaray fans were prohibited from traveling from Turkey to this high-risk game, but the club has numerous supporters in the rest of Europe, including France.

Erdogan's delusions: The Byzantine eagle is a "Turkish symbol"