A 58-year-old farmer with psychological problems parked his vehicle close to the Tomb of the Unknown Soldier before he was arrested.

Police and anti-terrorism were alarmed on Monday morning when a utility vehicle drove on the area in front of the Tomb of the Unknown Soldier in Syntagma Square, Athens. A team from the Explosive Ordnance Disposal Department rushed to the scene to check for explosives, and found a gas cylinder and a can of gasoline on vehicle.

The driver was threatening to detonate himself. It is noted that on the vehicle the farmer had written, among other things, various words such as “historian”, “people’s court”,” the Turks rule Greece” and “the Turks are holding my house.” 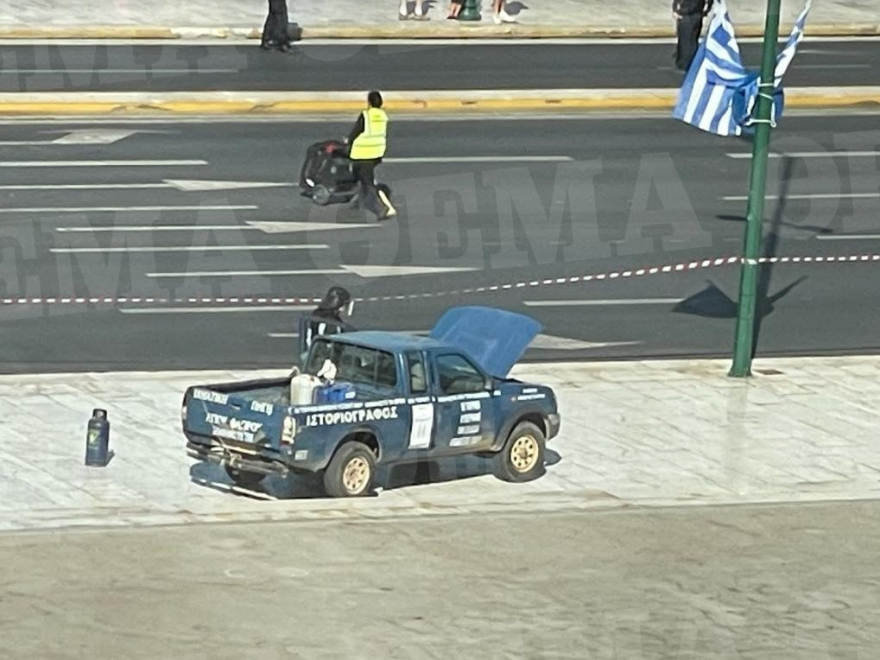 The 58-year-old is being held at the General Police Directorate of Attica.

Shortly after 11:00 the road was opened to traffic again.