New Democracy, today's ruling conservative political party in Greece, was founded on October 4, 1974 by Konstantinos Karamanlis, who oversaw the country’s transition from military dictatorship to democracy.

The party supports greater economic liberalisation, including privatisation and lower taxes, and is a strong supporter of European integration and Westernisation, even to the point in once believing that "Cyprus is to far."

Forcing Cypriot leader Makarios to sign the Zurich and London agreements in 1959 that granted Cyprus a poisoned and restricted form of independence, Karamanlis again betrayed Cyprus in 1974.

As prime minister of Greece after the junta fell in the crucial period between the first and second Turkish invasions of Cyprus, he did not send one Greek soldier, ship or aircraft to defend the island.

This was even as the Turks openly reinforced their Kyrenia bridgehead and made clear their intentions to force partition on Cyprus.

Karamanlis' sole response to the Turkish invasion was to withdraw Greece from the military wing of NATO, although he was soon begging that Greece be allowed to rejoin and, in 1980, it did.

Karamanlis retired in 1995, at the age of 88, having won 5 parliamentary elections, and having spent 14 years as Prime Minister, 10 years as President of the Republic, and a total of more than sixty years in active politics. 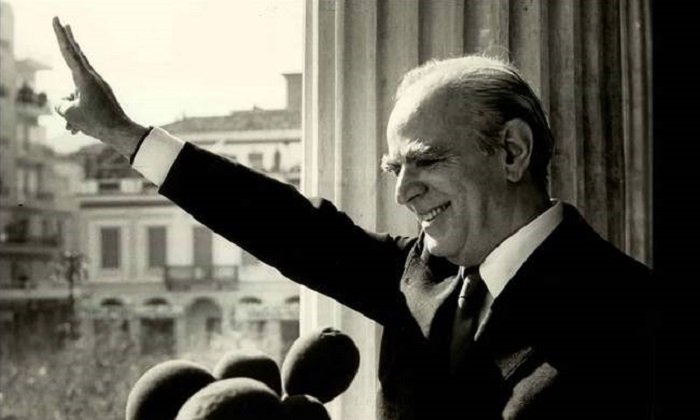 For his long service to democracy and as a pioneer of European integration from the earliest stages of the European Union, Karamanlis was awarded one of the most prestigious European prizes, the Karlspreis, in 1978.

Delta’s Boston to Athens route for 2022