From the village of Verniki in Northern Epirus, Nikolaos Dailakis (1883 - October 5, 1941) was a fighter and revolutionary during the Macedonian Struggle.

Dailakis came from a long line of Greek patriots and had targets on their backs for all of their lives, chased for decades by Turks, Bulgarians and Albanians.

At the outbreak of the Macedonian Struggle, Dailakis joined forces with Kapetan Kottas.

Dailakis was successful in many operations throughout Macedonia, always seeming to come out on top no matter the situation. 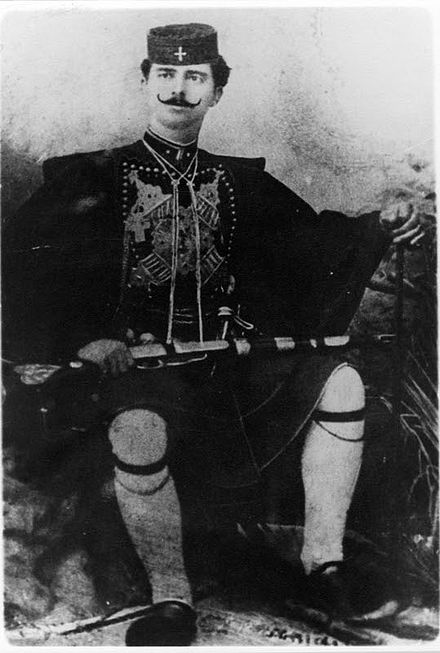 Following Macedonia’s liberation and re-unification with the rest of Greece, Dailakis returned to his native village in Northern Epirus, which had also come under Greek control.

Following interference from foreign powers a few short years later, Northern Epirus, which included Dailakis’ village, was handed over to the newly created Albanian state and so he settled in Kastoria.

What the Bulgarians could not achieve when it mattered during the Macedonian Struggle and Balkan Wars, to kill him, was achieved during the triple occupation of Greece during World War II when he was assassinated by Bulgarian occupiers.

He is honoured in his adopted home town of Kastoria.

Ioanna Paliospirou's vitriol trial: "A spoonful of this acid can kill"