The Balkan League, consisting of Greece, Serbia, Bulgaria and Montenegro, declared the First Balkan War against the Ottoman Empire on October 8, 1912, beginning their successful campaign to drive the Ottoman Turks out of the majority of Europe.

The First Balkan War would be a major triumph for Greece, as after several failed attempts, it succeeded in finally liberating Macedonia, Epirus and various Aegean Islands from the Turks.

This was achieved 80 years after the establishment of the small Kingdom of Greece, which was formed without the inclusion of many historical Greek lands and without millions of Greeks, who remained under Ottoman occupation. As a result of the war, the League captured and partitioned almost all of the Ottoman Empire’s remaining territories in Europe. 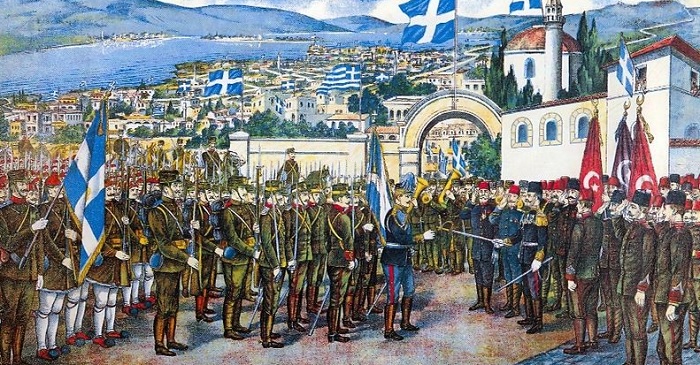 Ensuing events after the First Balkan War also led to the creation of an independent Albania, which angered the Serbs.

Bulgaria, meanwhile, was dissatisfied over the division of the spoils in Macedonia, and attacked its former allies, Serbia and Greece, on 16 June 1913 which provoked the start of the Second Balkan War.