Schools in France on Friday paid tribute to Samuel Paty, the French history teacher who was beheaded by a Chechen jihadist a year ago outside the school where he taught.

On Saturday, President Emanuel Macron will welcome the family of the unfortunate teacher to the Champs Elysees, as reported by the French newspaper Le Figaro.

The educational community honours his memory on the eve of the sad anniversary of the death of the French teacher. 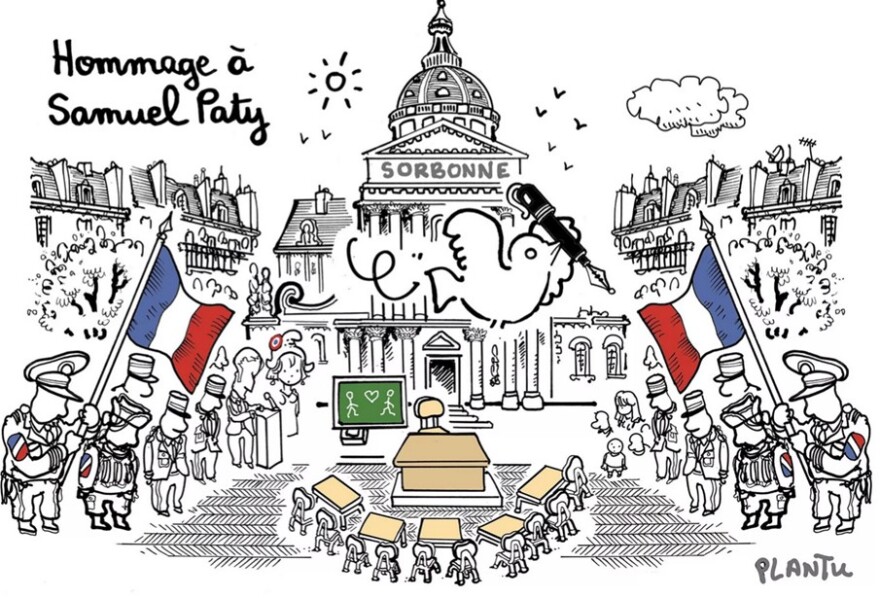 Students observed a minute of silence and teachers coordinate discussions on the issue of freedom of speech and expression but also the role of teachers in the transmission of knowledge.

“This is an opportunity to talk about the position of the teacher and the transmission of knowledge,” said French Education Minister Jean-Michel Blanquer yesterday.

The anniversary of the murder of 47-year-old Paty, a year ago, is the occasion for a period of reflection and exchange of thoughts with students, he added.

On October 16, 2020, the French professor presented to his class satirical sketches of Charlie Hebdo magazine depicting Muhammad, the founder of Islam.

Hours later, Paty was killed outside his school.

In broad daylight, a Chechen jihadist beheaded him.

Paty had asked Muslim students to leave the room before he showed the rest of the “Charlie Hebdo” magazine sketches satirizing Muhammad as part of a freedom of expression lesson, angering Muslim parents.

Turkish media provoked by Greece-US agreement: "What are you drinking Dendias?"