With the provocative headline of “What are you drinking Dendias”, Turkish pro-government newspaper Yeni Şafak refers to the latest statements by Greek Foreign Minister Nikos Dendias during his meeting with his American counterpart Antony Blinken in Washington on Thursday.

Presenting its own interpretation of the statements made by the Greek Foreign Minister, which the newspaper characterizes as “arrogant”, they also claim that “Dendias threatened Turkey”, while stating that “Greece is ready for war”.

The Foreign Minister referred to the ongoing Turkish provocations in the Eastern Mediterranean, talking about dangerous situations that may arise and how Greece will defend its sovereign rights. 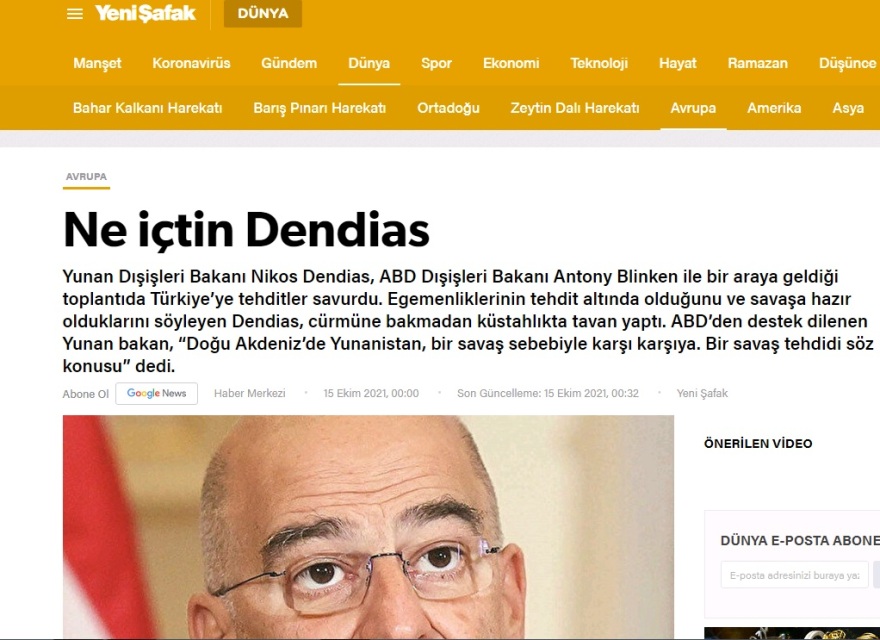 The article talks about “arrogant statements” by the Greek Foreign Minister, who referred to the threats that Greece is accepting in the Eastern Mediterranean, referring also to the threat of casus belli.

READ MORE: New conspiracy theory by Turkish media about the presence of American F-15s in Greece.