The minister stressed that Greece only wants to “help create a situation that improves the daily lives of Libyan people and Libyan society, and the return to normalcy.”

To that effect, he added, there exists a timetable which includes specific actions: “Firstly, to hold free national elections, and secondly, to see the withdrawal of foreign troops and mercenaries from Libya.”

Minister Dendias attended the Libya summit at the invitation of his Libyan counterpart Najla El Mangoush, and he was accompanied by Deputy Foreign Affairs Minister for Economic Diplomacy & Openness Kostas Fragogiannis. 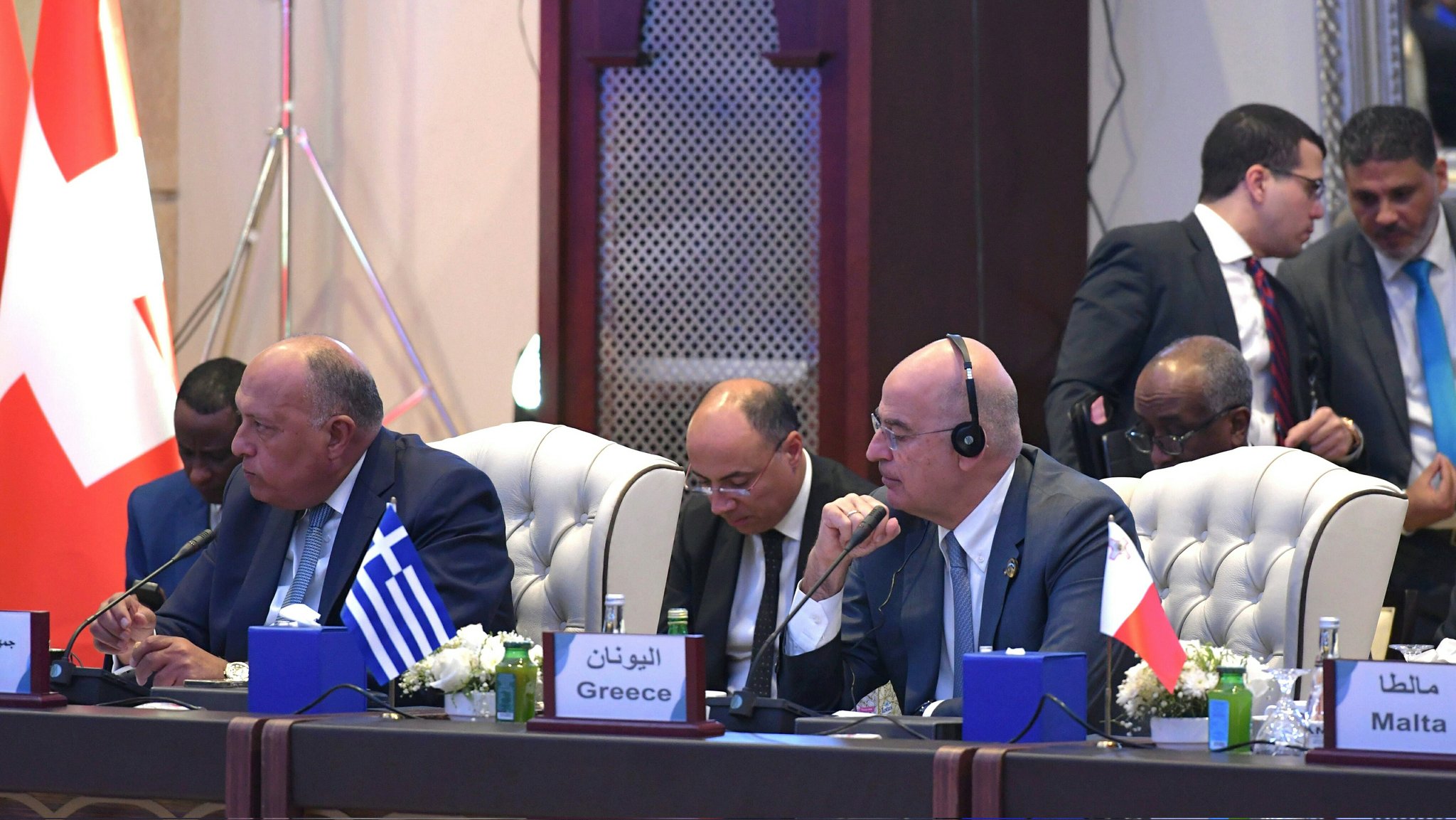 The summit was a Libyan initiative, while most countries invited to attend are those neighbouring Libya as well as countries involved in the Berlin Process, according to a statement from the Greek Foreign Ministry.

“Today Greece, despite the considerable, I must say, efforts by Turkey, returns to the process of normalization in Libya,” he said to Greek journalists following the Libya Stabilisation Initiative Ministerial Conference.

Greek Foreign Affairs Minister Nikos Dendias exchanged views on the latest developments in Libya with his French counterpart Jean-Yves Le Drian, on the sidelines of the Libya Stabilisation Initiative conference.

In posts on Twitter, Dendias added that he also met with with Secretary-General of the League of Arab States, Ahmed Aboul Gheit, and with Acting Assistant Secretary of the State Department’s Bureau of Near Eastern Affairs, Yael Lempert.

He also met with his Libyan, Algerian and Spanish counterparts. 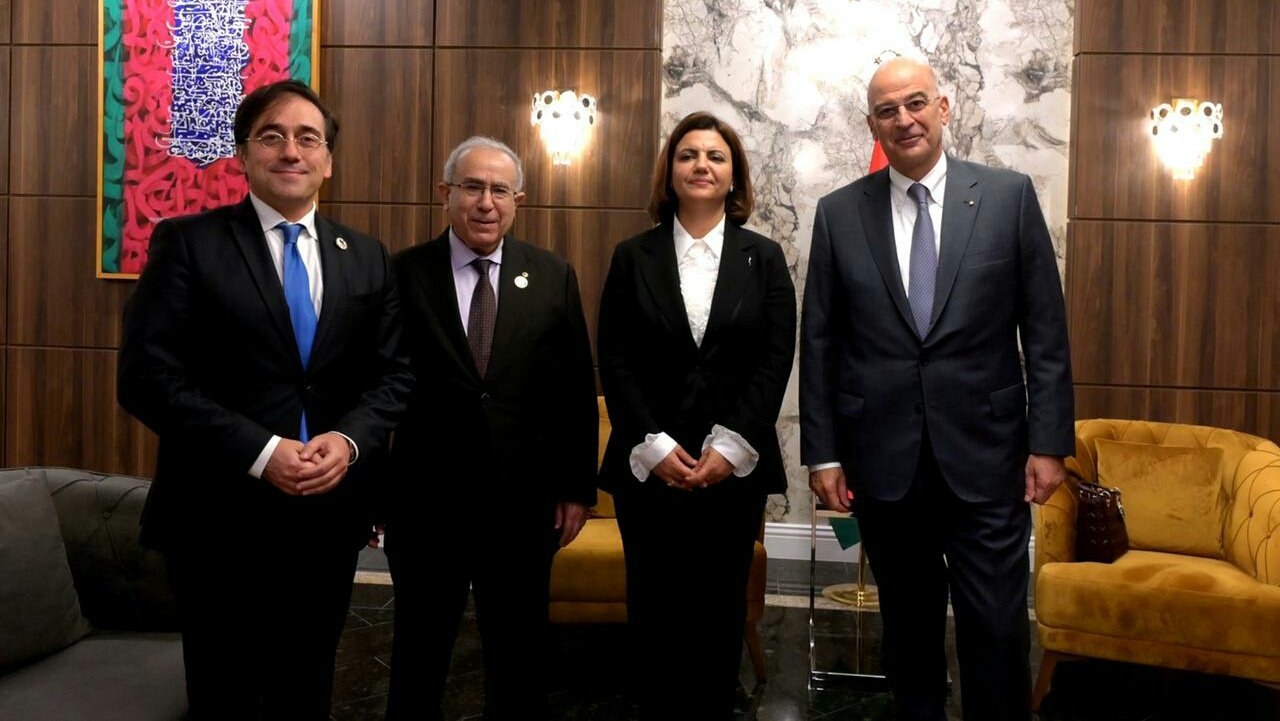 While there, the Greek minister visited the Abu Sliem municipality, where he met with displaced children, Dendias said.

“Greece actively supports the reconstruction of Libya by contributing to the rehabilitation of the town’s stadium as part of the UNHCR’s ‘Sport for peace’ project,” he added.

In their brief meeting, they reviewed progress on the positive agenda between the two countries, and agreed to meet next in Athens in November.