On this day, we remember the innocent victims of the Massacres of Amida (Άμιδα, Turkish: Diyarbakır), more commonly known as the Hamidian Massacres.

Lasting for three days, the purge was part of a much broader set of massacres that engulfed the Diyarbakir Vilayet and continued for roughly 46 days throughout the countryside. In its aftermath, more than 25,000 people were slaughtered.

Initially directed at the vilayet’s Armenian population, it soon became a general anti-Christian pogrom, targeting both Greeks (known as Rûm) and Assyrians. 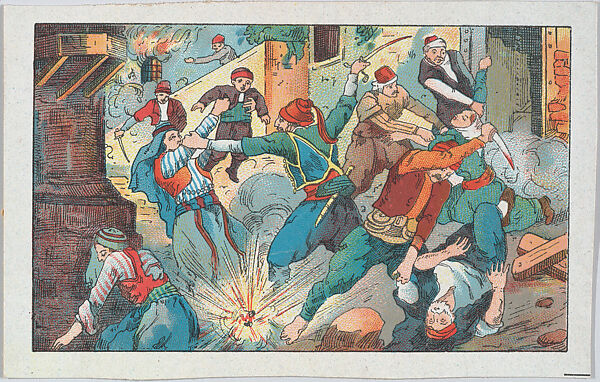 According to French Vice-Consul Gustave Meyrier, the Rûm village of Pakoz, “with its hundred families and one priest,” was forced to convert to Islam.

Authored by The Greco-Syrian Nation.

Archaeological find in Tyrnavos: A stone carved with Ottoman Scripture was found