The Saudi leadership is ready to launch mammoth investment plans, Crown Prince Mohammed bin Salman promised during his meeting with the Prime Minister Kyriakos Mitsotakis at the 5th Future Investment Initiative, which extensively discussed the economic future of the largest oil-producing country in the Arabian Peninsula.

“We have 5 billion euros for you. Tell us in which sectors you want to invest them,” the 36-year-old strongman of the Saudi kingdom was quoted as saying to the Greek prime minister, who was received with special honours by the leaders of Saudi Arabia. 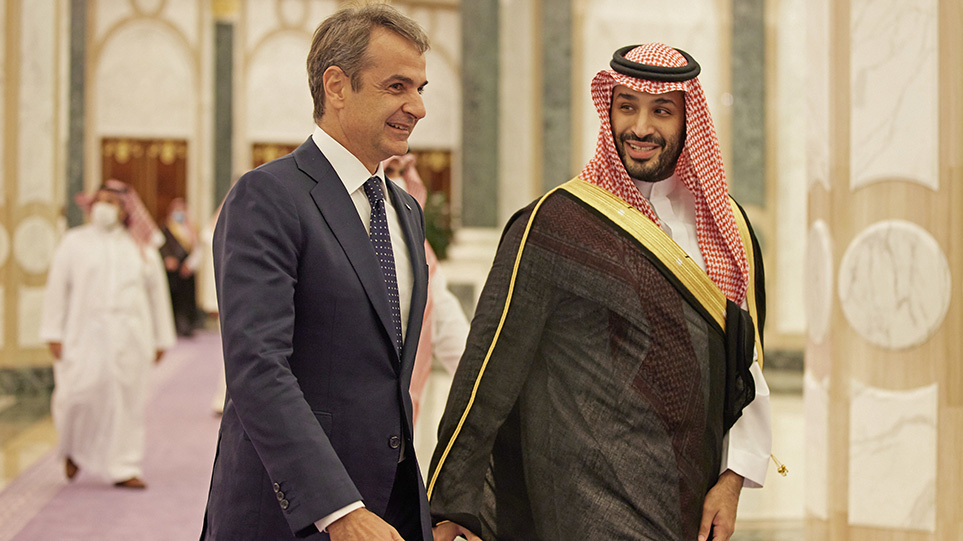 With the catalyst for the installation of a Greek Patriot anti-aircraft missile in the territory of the Arab country a few months ago, the relations between the two countries, which are at the best possible level, are expected to be sealed with important investment agreements that, if implemented, according to the principle planned, will signal developments with a huge economic and geopolitical dimension.

Indicative, moreover, of the special importance that the Saudis gave to Mitsotakis’ visit is the fact that, in addition to the special meeting that he had with the Crown Prince, he went to the forum to entice future investments in Greece.

In addition to the Saudi leader, the Mitsotakis presentaion at the forum was attended by hundreds of businessmen and fund managers, which has been interpreted by government officials as a semiotic indicator of the huge interest in investing in Greece.

Specially from the Saudi side, claim sources used by Proto Thema who are aware of the crucial talks that took place in Riyadh, the interest for investments in Greece is great and will be expressed on many levels, both by the PIF (Public Investment Fund), which is one of the the largest state-owned investment funds (Sovereign Wealth Funds) in the world, as well as by private entrepreneurs based in Saudi Arabia who are already active in Greece or interested in doing so in the near future.

The Greek delegation put on the table a proposal for the creation of a data cable that will connect Greece with Saudi Arabia.

The proposal has found positive ground and it is likely that this project, which is considered to be of great geostrategic and economic importance, may be the first project co-financed by both countries.

The plan, known as EMC, envisions connecting Greece with Cyprus, Israel, Palestine, Jordan and Saudi Arabia, with the possibility of extending cable infrastructure to Singapore and Malaysia.

The preparation was preceded on October 4 by a teleconference of the Minister of Digital Government Kyriakos Pierrakakis with his Saudi counterpart.

The implementation of the plan, as competent sources point out, will radically upgrade Greece’s position on the map of the global and particularly important data market.

This is because on the one hand it will turn Greece into an interconnection node between Europe and Asia, while on the other hand, it will mobilise further investments in the rapidly growing sector of reception, storage and data transfer with great benefits both for Greece and for the other countries involved. 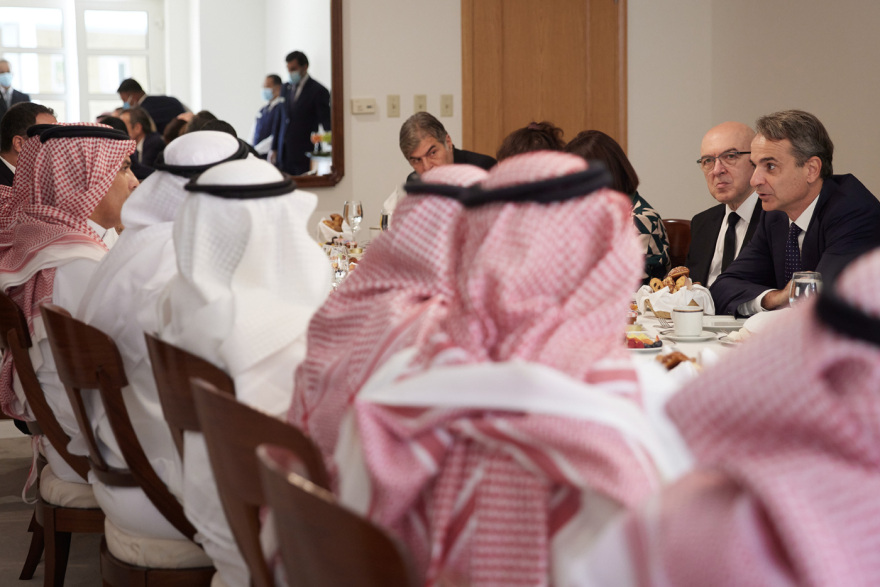 In fact, it is the first submarine and terrestrial data cable that, when completed, will connect the countries of the Eastern Mediterranean and the Middle East, at a time when the growth potential of the global economy is mainly located in the Indo-Pacific region.

Talks between the Greek delegation accompanying the prime minister to Riyadh focused on Saudi Arabia’s plans to develop a blue hydrogen industry, which is a purer form of gray hydrogen.

The Greek side proposed to consider the interconnection of Saudi Arabia with our country in order to facilitate the transfer of blue hydrogen to Europe.

The prospects of cooperation between the two countries in the field of tourism were also examined.

The extension of the tourist season in Greece was pointed out, and the creation of resorts that will attract Saudi visitors was also discussed.

the Saudi interest in transferring Greek know-how was underlined, as the Saudi leadership has big plans for the development of domestic tourism. 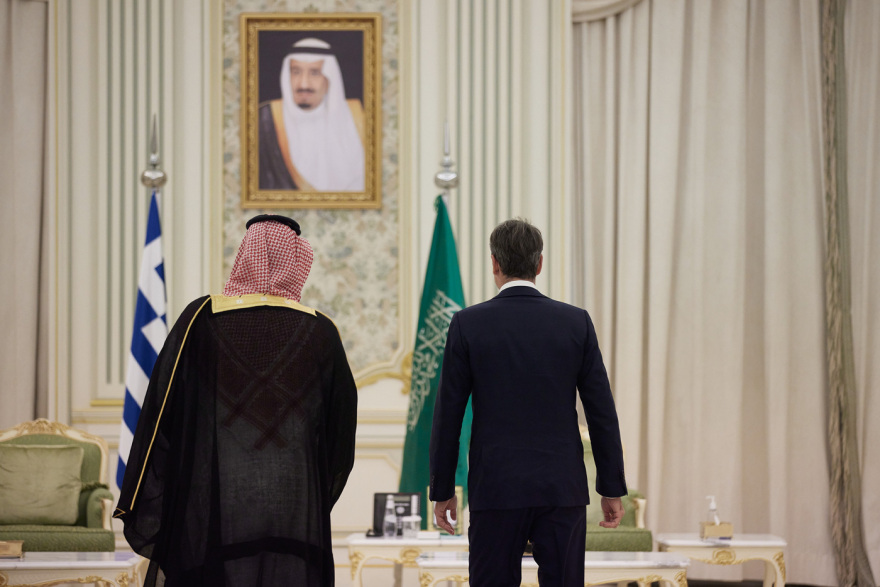 The two sides also agreed to organise a delegation of Greek construction companies to consider the possibility of concluding contracts for projects and sale of materials by participating in a colossal program to build a new “smart” city.

The so-called “Neom”, with a budget of about $500 billion, is a planned cross-border city in the northwestern Saudi province of Tabuk, which is expected to incorporate “smart” city technologies and serve as a tourist destination.

Correspondingly, a business mission from Saudi Arabia to Greece is expected to be organised in the first half of 2022. According to government sources, Saudi businessmen are showing great interest in investing in renewable energy sources in Greece.

Greek diplomatic sources claim that in the meeting of the Greek Prime Minister with the Crown Prince, there was an identification of views on economic, political and geostrategic issues. The difference of opinion between Riyadh and Ankara is well known.

Zaev: "Macedonian" language and identity was never recognised before me