At 13:00 local time, the Azerbaijani Armed Forces launched another provocation by firing at Armenian positions in Syunik Province.

According to Banak journalist David Torosyan, Armenian military forces had to prevent an advancement by Azerbaijani units.

It is reported that the firefight began after the Azerbaijanis tried to capture two new combat positions in the Tsitsernakaqar area of Syunik province.

Deflecting responsibility for the firefight, the Azerbaijani Ministry of Defence claimed the alleged use of artillery by the Armenian side.

During the latest flareup caused by Azerbaijani aggression, Azeri forces have used artillery, armoured vehicles and firearms of various calibers.

It has also been reported that Azerbaijan lost armoured vehicles and the situation is under control.

Due to Azerbaijan's efforts to its autonomous Nakhichevan Province with the mainland, which is separated by Syunik province, the Azerbaijani military is likely trying to seize the M2/E117 highway.

By doing so, it is not only a step forward to taking Syunik province, but it will also cut off the Republic of Armenia from Artsakh. 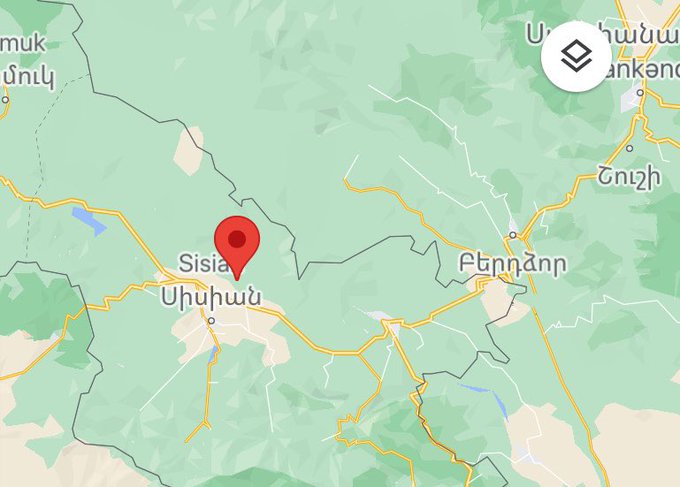 In response to Azerbaijan's aggression, Secretary of the Republic of Armenia's Security Council Armen Grigoryan appealed to Russia to defend its sovereign territory in accordance with the bilateral agreement from August 29, 1997.

Yerevan will turn to other structures and international partners if Azerbaijani aggression is not resolved with the help of Russia and the CSTO, Grigoryan said.

It has also been reported that Azerbaijan used missiles.

Yerevan is clarifying the data on the dead and wounded. At the moment, it is known about 4 wounded.

Good Morning Britain presenters: "Can we have Mitsotakis instead of Boris Johnson? He's a bit hunky"