From the Greek perspective, Bina Shah’s question has been raised more and more since hundreds of thousands of Pakistanis illegally entered Greece from Turkey at the peak of the migrant crisis in 2015-16 (and beyond) under the guide of being Syrian refugees.

Since then, sex crimes, drug trafficking and violent thefts have only skyrocketed across Greece, especially in Athens which was once considered the safest city of its size in Europe.

Although the biggest reason people migrate to another country is for better economic opportunity and upward social mobility, this has not been apparent in Greece, and rather a ghettoisation of large areas has occurred, with some areas becoming “no-go” zones.

Most infamously in Omonia in central Athens, an area that any woman walking alone at night would be taking a huge risk. 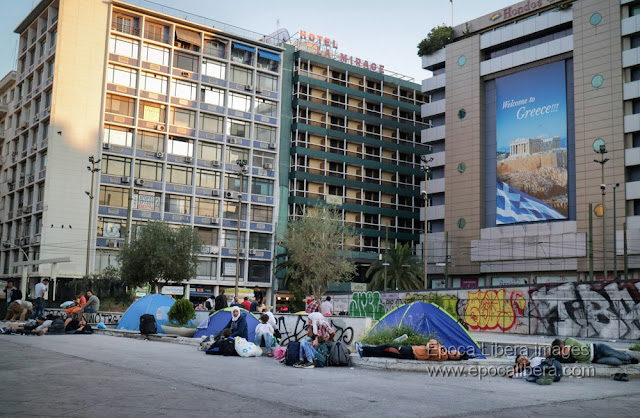 It is recalled that in June, a 25-year-old pregnant woman was raped by an Afghani in Omonia. The first people to discover the woman after her rape, three Pakistani men, then proceeded to rape her too.

Although sex crimes of course occurred in Greece before the migrant crisis, the frequency and severity of such cases has skyrocketed.

There is of course the case of Javed Aslam, a Pakistani community leader, who not only frequently complains that Greeks are racist, but encourages his followers to wave pro-Shariah flags of Dawat-e-Islami in Athens.

If such people want to live in an Islamic society with Shariah law, why leave Pakistan and move to Christian Greece, who this year is celebrating the two hundred anniversary of independence from Ottoman Muslim occupation?

Looking at the Greek communities in the US or Australia, they have integrated well into society whilst also maintaining their home countries language and culture without it contradicting their adoptive countries.

Yet, the high criminality of the Pakistani diaspora communities in Greece and the United Kingdom, as two of many examples, demonstrates a population mostly unwilling to integrate into their adoptive countries.

READ MORE: Pakistanis protest in front of Indian Embassy in Athens for second time in matter of days.