Prime Minister Kyriakos Mitsotakis met this morning with French Foreign Minister Jean-Yves Le Drian who is in Athens to participate in the work of the Quartet of the Foreign Ministers of Greece, Egypt, Cyprus and France.

During the meeting, a review of regional and international developments was made.

Ways were also considered to strengthen the multilevel bilateral relations, with emphasis on the defence and economy sectors, on the basis of the Greek-French Strategic Partnership Agreement.

The Prime Minister expressed the general support of Greece to the priorities set by France in view of the rotating Presidency of the Council of the European Union in the first half of 2022. 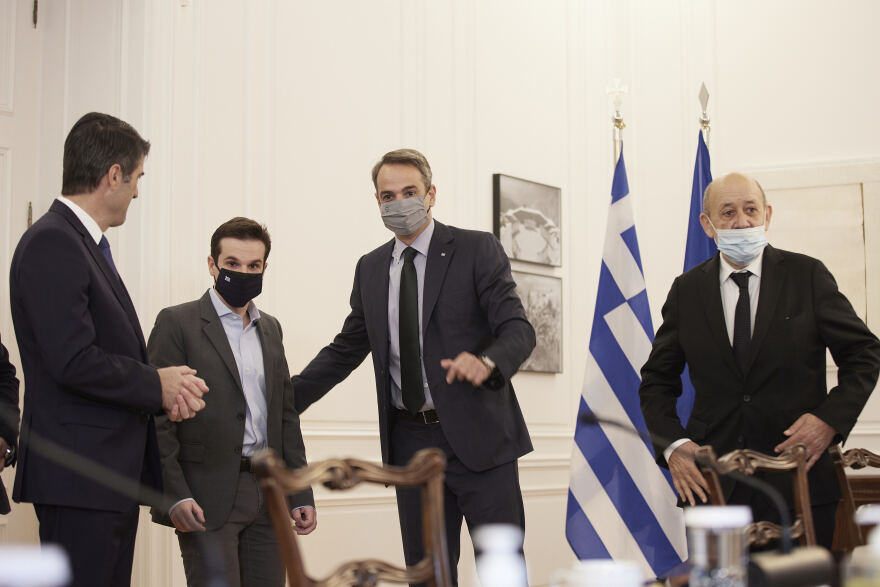 “I am very glad that you are in Athens for the very important quadripartite ministerial meeting we have with Cyprus and Egypt. As you know, we consider this form of cooperation very important,” Mitsotakis said.

“We particularly appreciate the participation of France,” he continued, adding: “Your visit takes place a few weeks after the conclusion of the Strategic Partnership agreement, which upgraded our relationship to a historically high level.”

“So we are extremely happy to welcome you today in Athens,” Mitsotakis concluded. 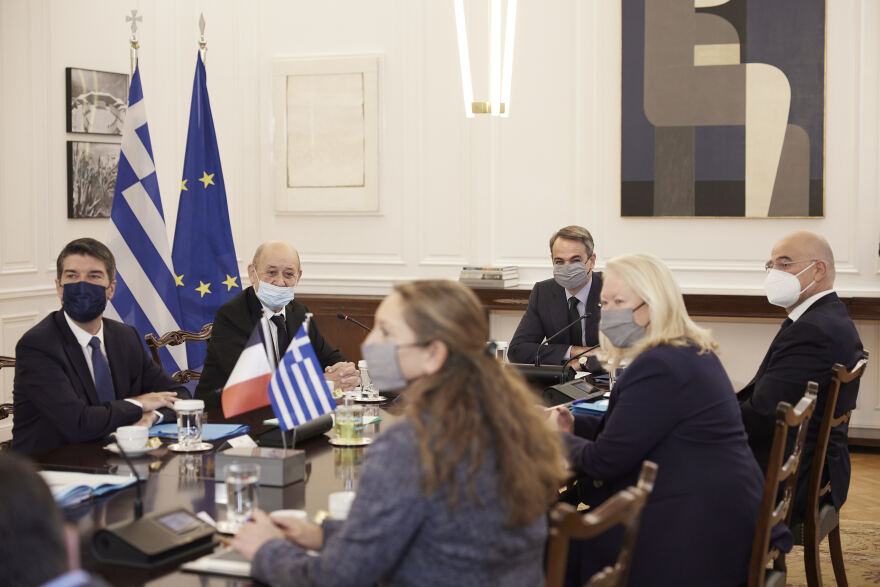 The French foreign minister thanked Mitsotakis and expressed his happiness to be in Athens.

“I am happy to be here at a time when relations between France and Greece are at an excellent level,” Le Drian said. “And also in a festive situation as we celebrate the 200th anniversary of the beginning of the Greek Revolution.”

“It is a time when we must act together on many issues that concern both countries. More specifically, I am talking about issues of security, sovereignty and sovereignty in the Mediterranean,” the French head of diplomacy stressed.

“This will be the subject of the quadripartite conference which will take place shortly, at the initiative of my counterpart, Mr Dendias,” he added.