Another challenge is coming from the Turkish side this time in Cyprus, specifically from the closed city of Varosha.

Turkish-speaking Cypriot authorities gave permission to the singer Nihayet, who is popular in occupied Northern Cyprus and was born in Famagusta, to shoot a rap song for her video clip in the enclosed city, angering Greek Cypriots.

The issue was also commented on

by Hürriyet, which at the moment when the Turkish economy is collapsing, chooses on its front page to host the news about the shooting of the video clip. “Nini angered the Greek Cypriots”, the Turkish newspaper writes.

See the front page of the newspaper: 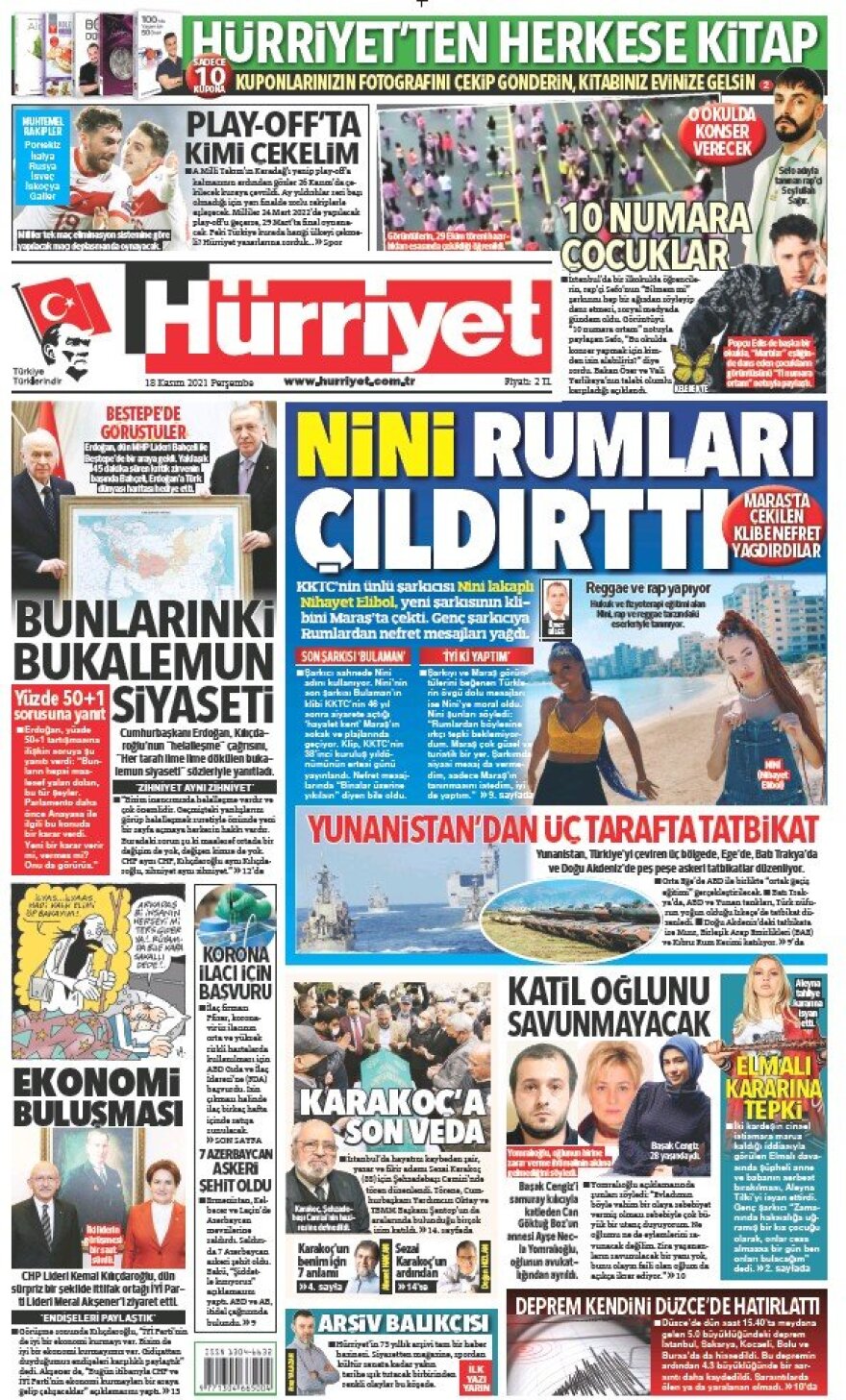 The singer herself commented on the incident, according to the newspaper, saying that she received hate messages from Greeks.

“I did not expect such a racist reaction. I did not give a political message, I just wanted Varosha to be recognised,” she said.

Varosha, a southern suburb of the city of Famagusta, has been a ghost town since the 1974 illegal invasion that partitioned the eastern Mediterranean island along ceasefire lines into an occupied Turkish side and the Republic of Cyprus.

The Security Council adopted a resolution in 1984 which said any attempts to settle any part of Varosha by people other than its original inhabitants is “inadmissible.”

It called “for the transfer of that area to the administration of the United Nations.”

A 1992 resolution reaffirmed the 1984 resolution and called for Varosha to be put under control of the U.N. peacekeeping force in Cyprus – but that has not happened.

READ MORE: The U.N. Security Council called on Turkey and Turkish-controlled northern Cyprus on Thursday to close a beach in uninhabited Varosha.