It is noted that the newest Azerbaijani propaganda was displayed in a Thessaloniki neighborhood in which most Armenians who migrated to the city after the collapse of the Soviet Union live.

At the Pavlos Melas Camp bus station, an advertisement saying "Lachin, the road that leads to Shusha, Azerbaijan" was displayed. 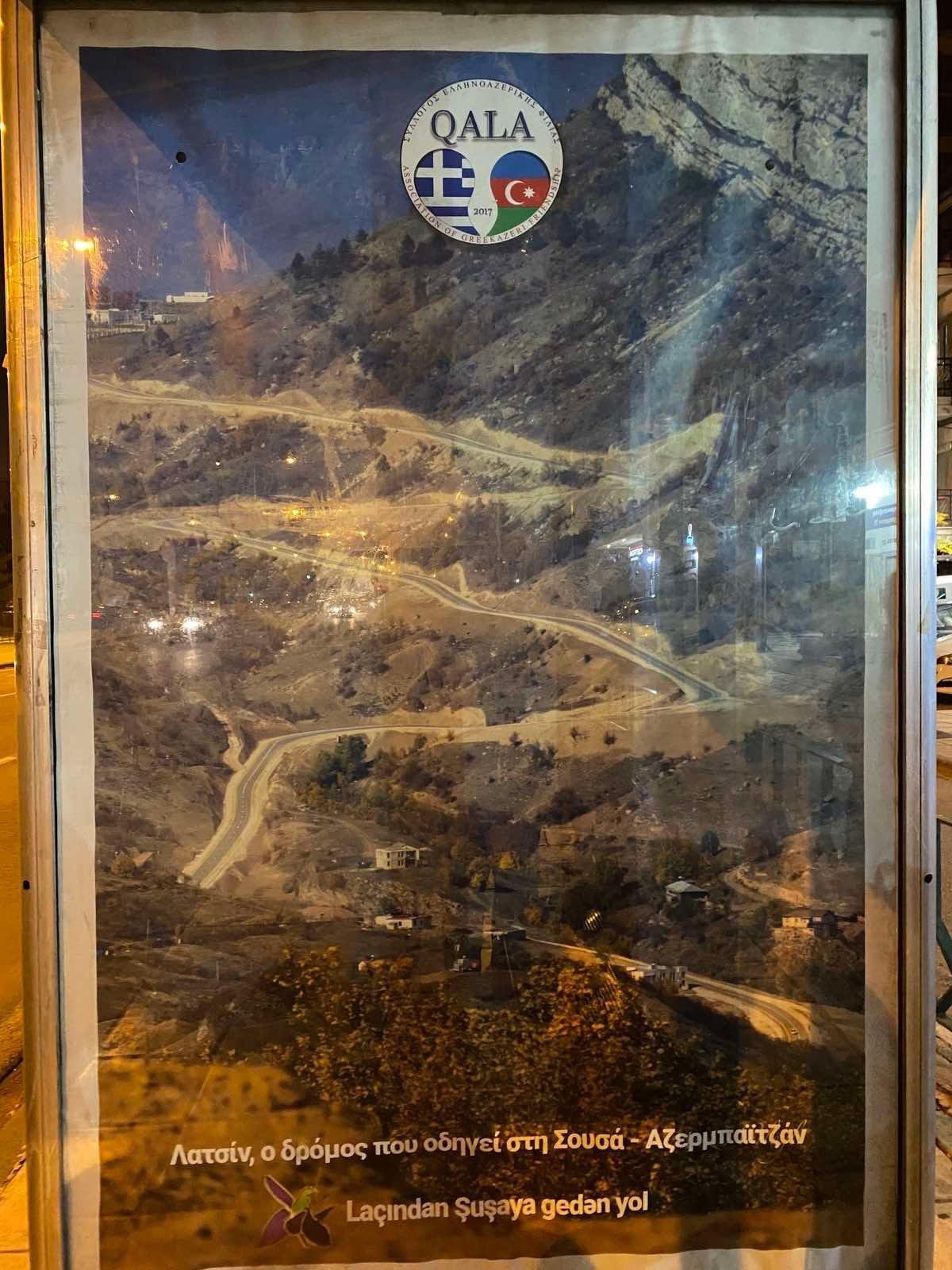 The Lachin corridor is the sole operable road that connects Armenia with the historically Armenian city of Shushi in Nagorno-Karabakh which came under Azerbaijani occupation following the conclusion of last year's war.

The Lachin road, which is under the control of Russian peacekeepers, is falsely alluded to being under Azeri control as they are irritated that the Russians actually control. The Armenian Embassy in Athens responded to the provocations made by Azerbaijan to normalise its partial occupation of Nagorno-Karabakh in Greece.

"The Embassy has also been informed that today a similar propaganda provocation was provoked by the same forces at one of the bus stops in the same city, for the immediate removal of which all measures are being taken," the Armenian Embassy wrote.

"The Embassy of the Republic of Armenia condemns the cheap and without any prospect of propaganda provocations of the organisations of Azerbaijan in Greece," the statement added.

READ MORE: The Bus Of Shame: Azerbaijan advertises on Thessaloniki bus its occupation of Shushi.