Foreign Minister Nikos Dendias is in Stockholm on Thursday in order to participate in the 28th OSCE (Organization for Security and Co-operation in Europe) Ministerial Meeting.

Dendias was cordially welcomed by Ann Linde, the organisation's Chairperson-in-Office and Minister of Foreign Affairs of Sweden, before the start of the summit, according to a foreign ministry's post on twitter.

Earlier today, the Greek Foreign Minister met with his Serbian counterpart, Nikola Selaković, on the sidelines of the 28th OSCE Ministerial Council. 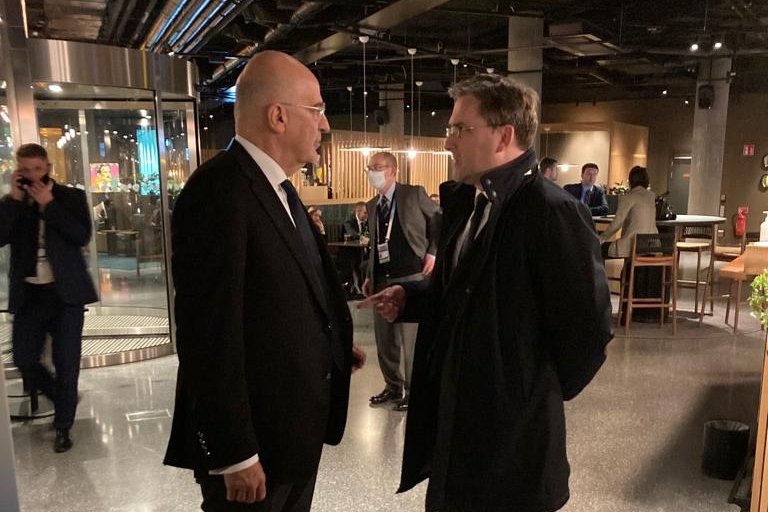 Anti-vaxxers in Cyprus bomb a school and burn another (PHOTOS)