The Gold Medal of Merit of the City of Athens was awarded by the Mayor of Athens, Kostas Bakoyannis, to Pope Francis on Sunday.

The Gold Medal of Merit of the City of Athens, which is the highest honour of the Greek capital, was awarded in recognition of the work, the social contribution and the deep sensitivity of the Primate of the Roman Catholic Church.

The awarding of the Medal to the Pope took place immediately after the end of the Divine Liturgy on Sunday in a simple ceremony.

The mayor of Athens conveyed to Pope Francis his deep respect for him, as well as of the representatives of the Municipal Council, and thanked him for his contribution to humanity, which he always puts at the centre with his speech and actions. 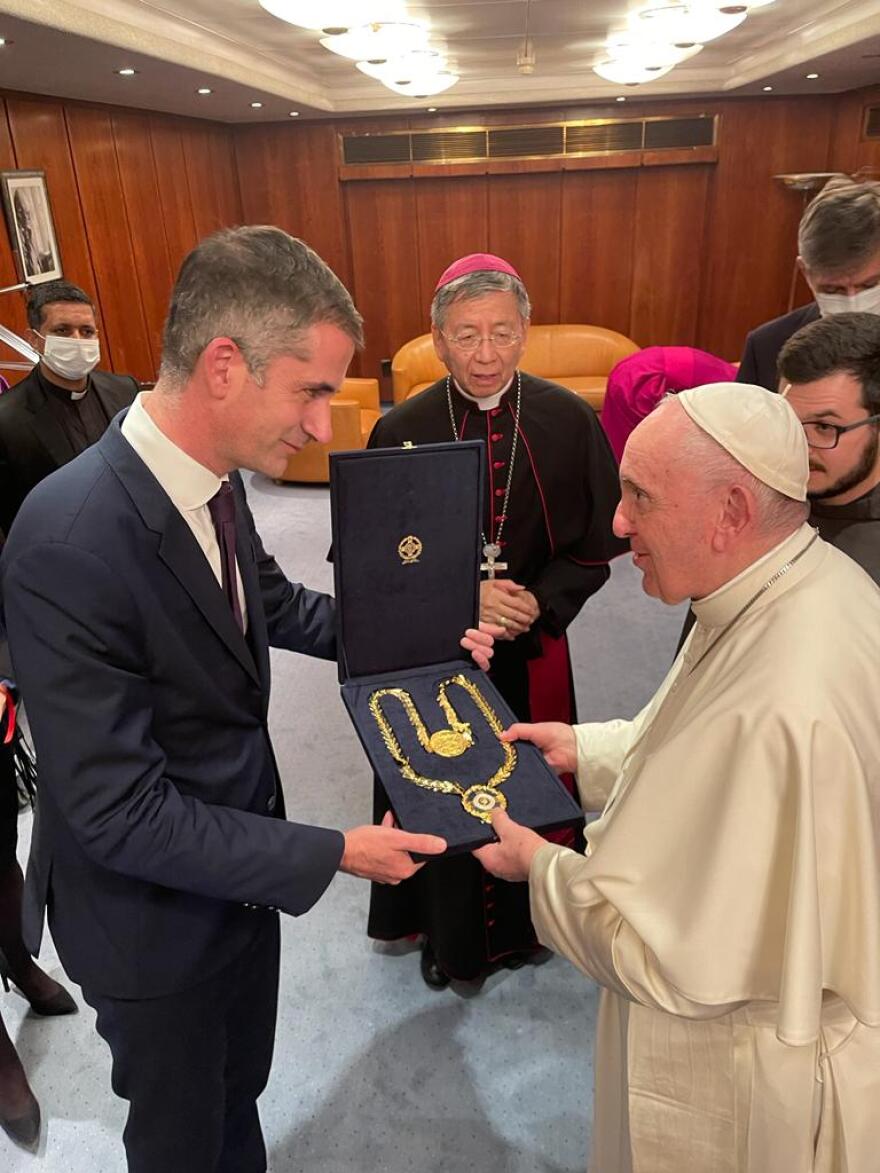 Present at the ceremony, among others, were the Ministers of Development and Investment, Adonis Georgiadis, Education and Religions, Niki Kerameos, and of Culture and Sports, Lina Mendoni.