Hollywood actors and the experienced film crew of the The Expendables 4 left Thessaloniki with the best impressions for Bulgaria to film the last scenes, and Megan Fox was no exception.

The producers expressed excitement with the result of the film.

With the filming done in Thessaloniki, Proto Thema found Megan Fox, accompanied of Machine Gun Kelly and their children, visiting the shops of Greece's second city. 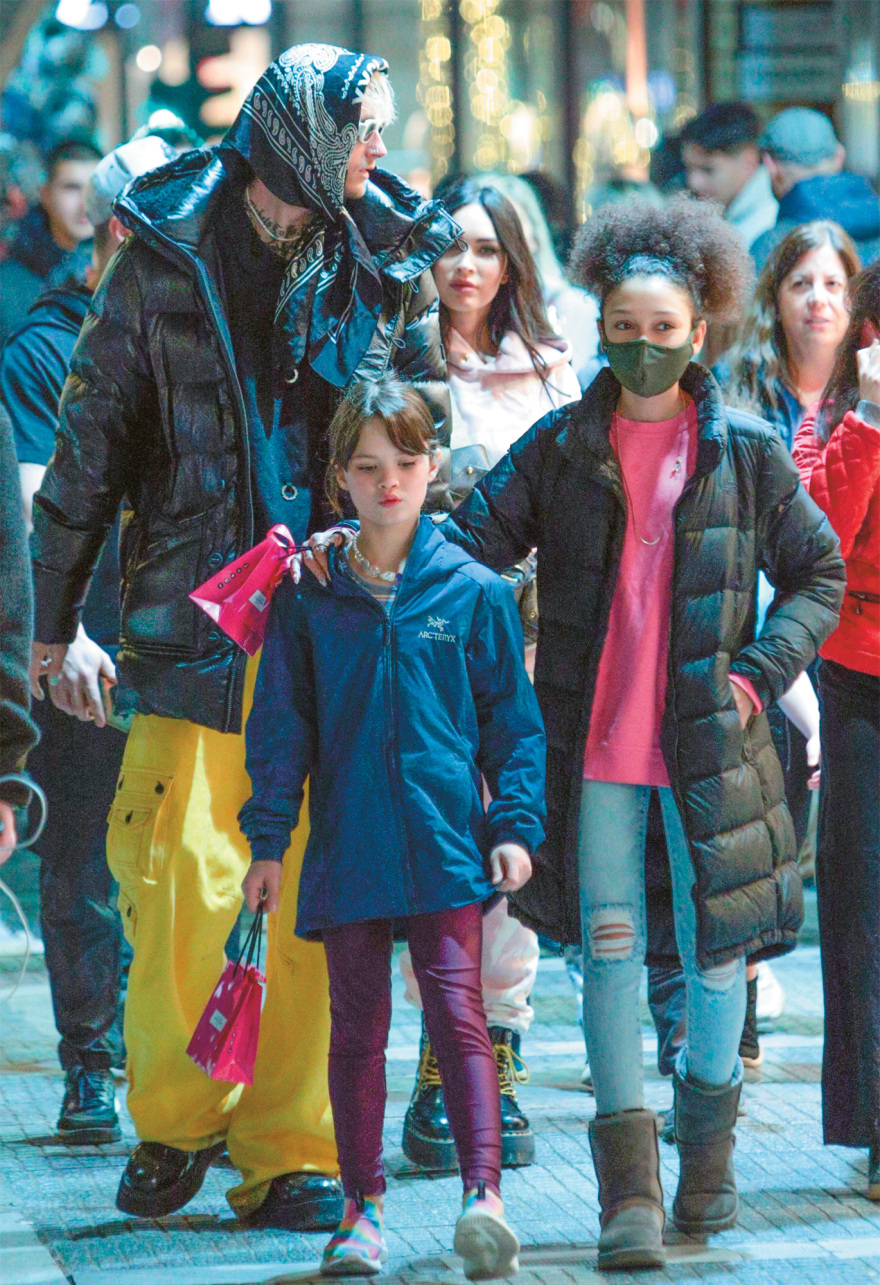 At 5pm on Saturday, the black van they were riding in stopped on Mitropoleos Street, with Megan Fox looking particularly happy and beautiful, having at her side her three children from her marriage to actor Brian Austin Green.

As much as Megan Fox was indifferent to the prying eyes of passers-by who recognised her and photographed her every step of the way, Machine Gun Kelly tried in vain to go unnoticed.

The famous couple was discreetly complemented by a private bodyguard, their driver and the children's nanny. 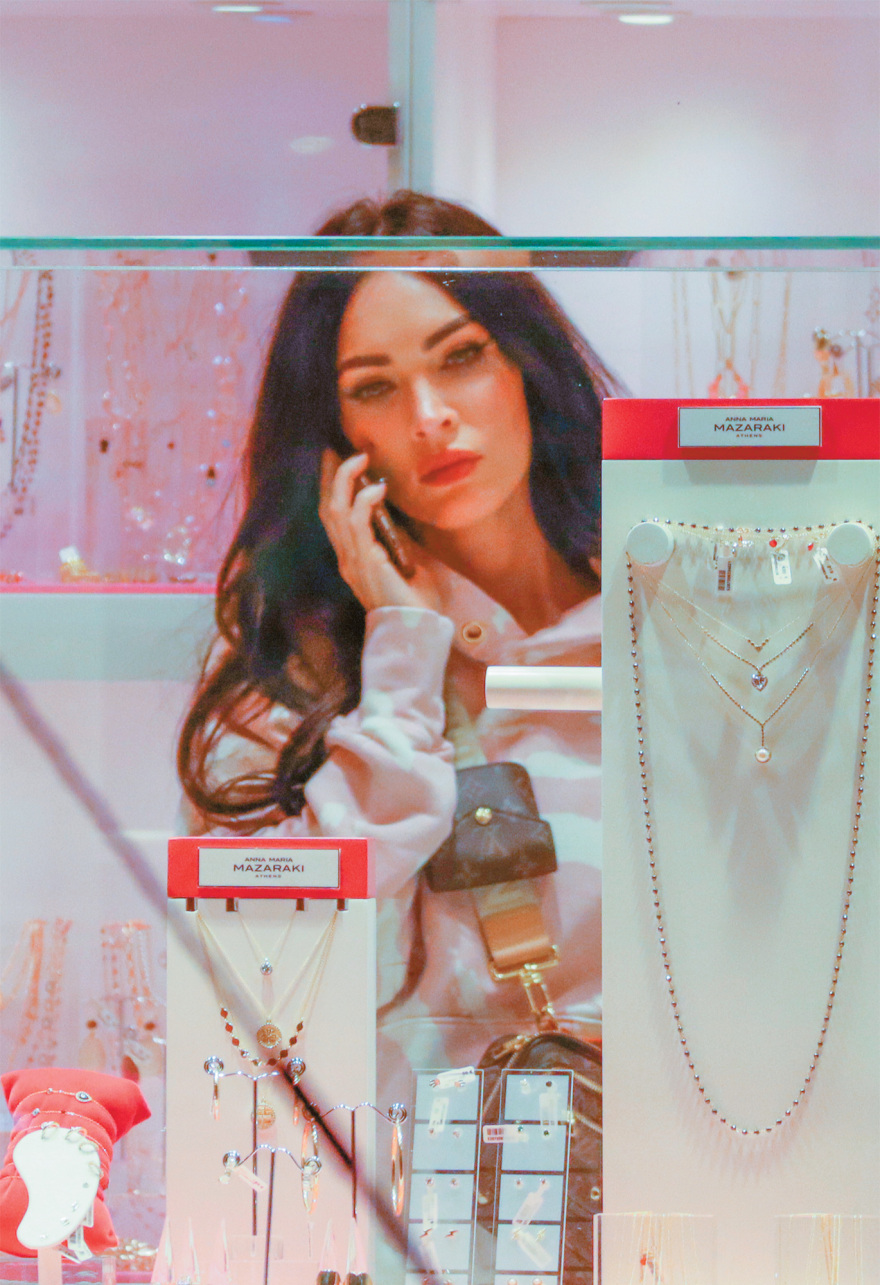 The couple initially wanted to buy perfumes from a large beauty shop in the area, and then asked to see accessories from a well-known house in Tsimiski.

Without stopping for a moment in the shop window, they entered the store and started looking at the products.

After a while, they went shopping for themselves and their children, as well as for relatives and friends.

Then they walked to Aristotelous Street, where they also visited a toy store, with Megan Fox spoiling her children, after she bought them whatever they wanted.

All together they continued their walk in Aristotelous Square, while a little while later they boarded the black van again to their hotel.

The couple seemed to enjoy the walk in the city centre, as well as their children, who seem to maintain excellent relations with each other.

For her visit to the shops of Thessaloniki, Fox chose to wear the absolute fashion trend, which for this year is the tracksuits of every colour and style. 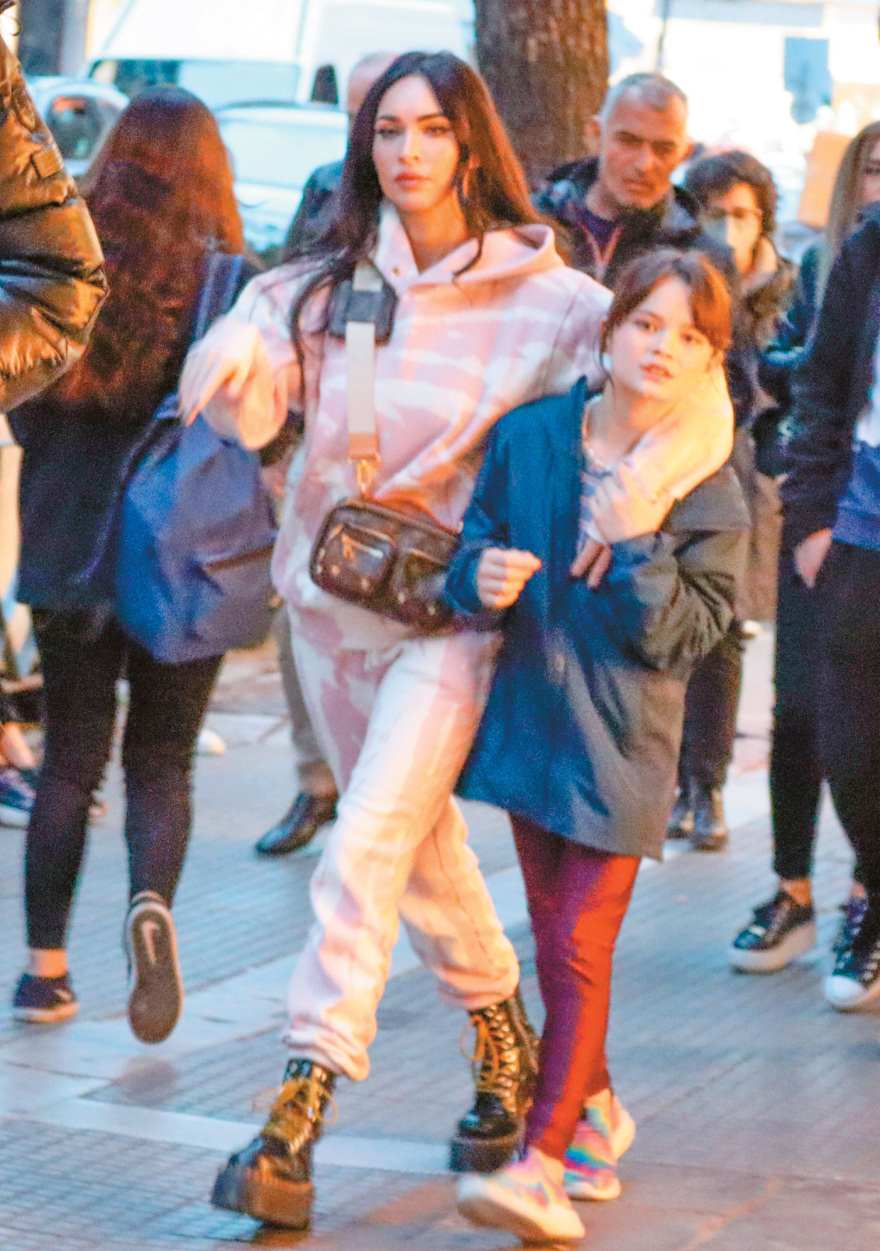 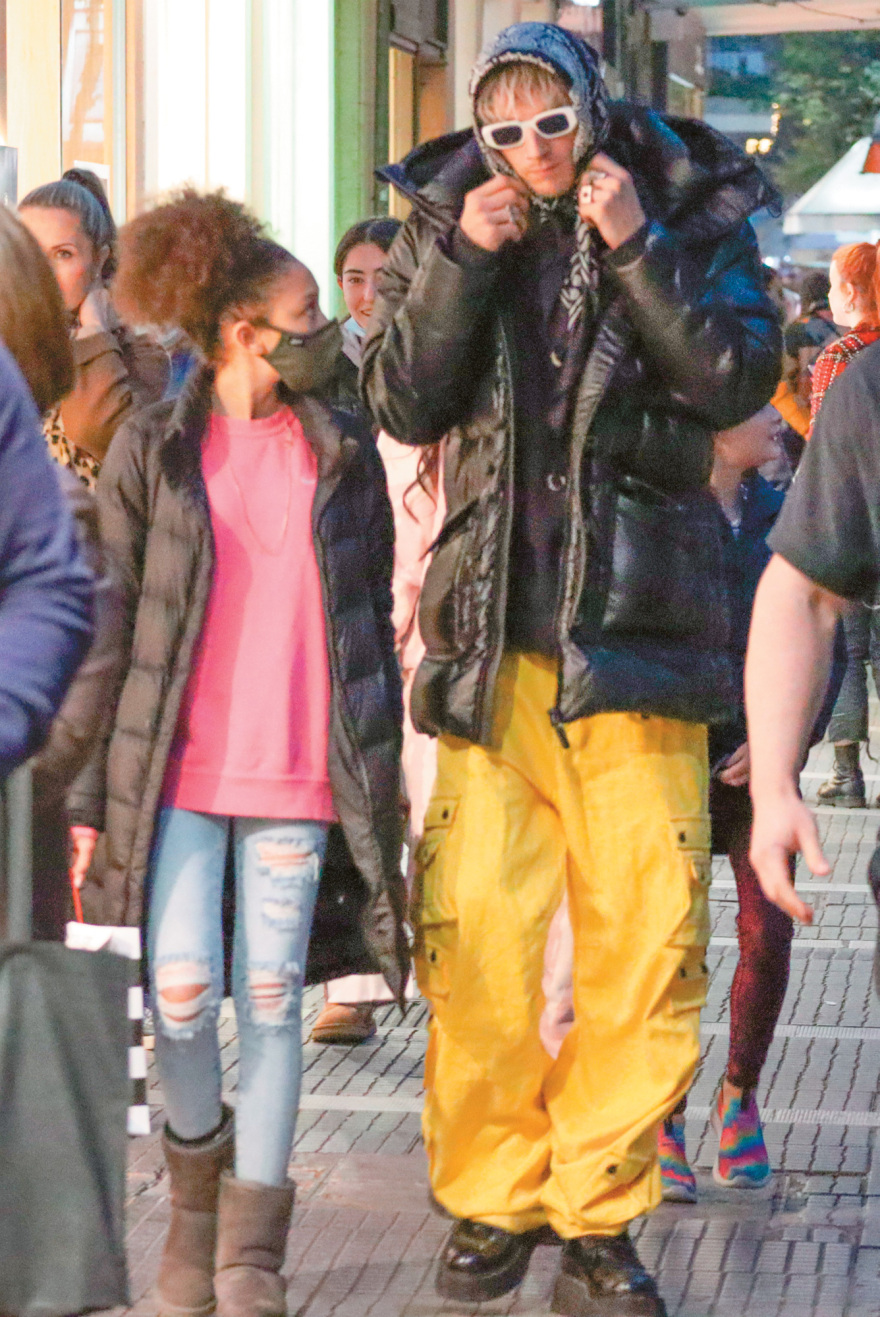 The children of both stars were in Thessaloniki in mid-November, when Megan Fox during a short break from filming managed to travel to Los Angeles.

On her return, the actress returned with her children. 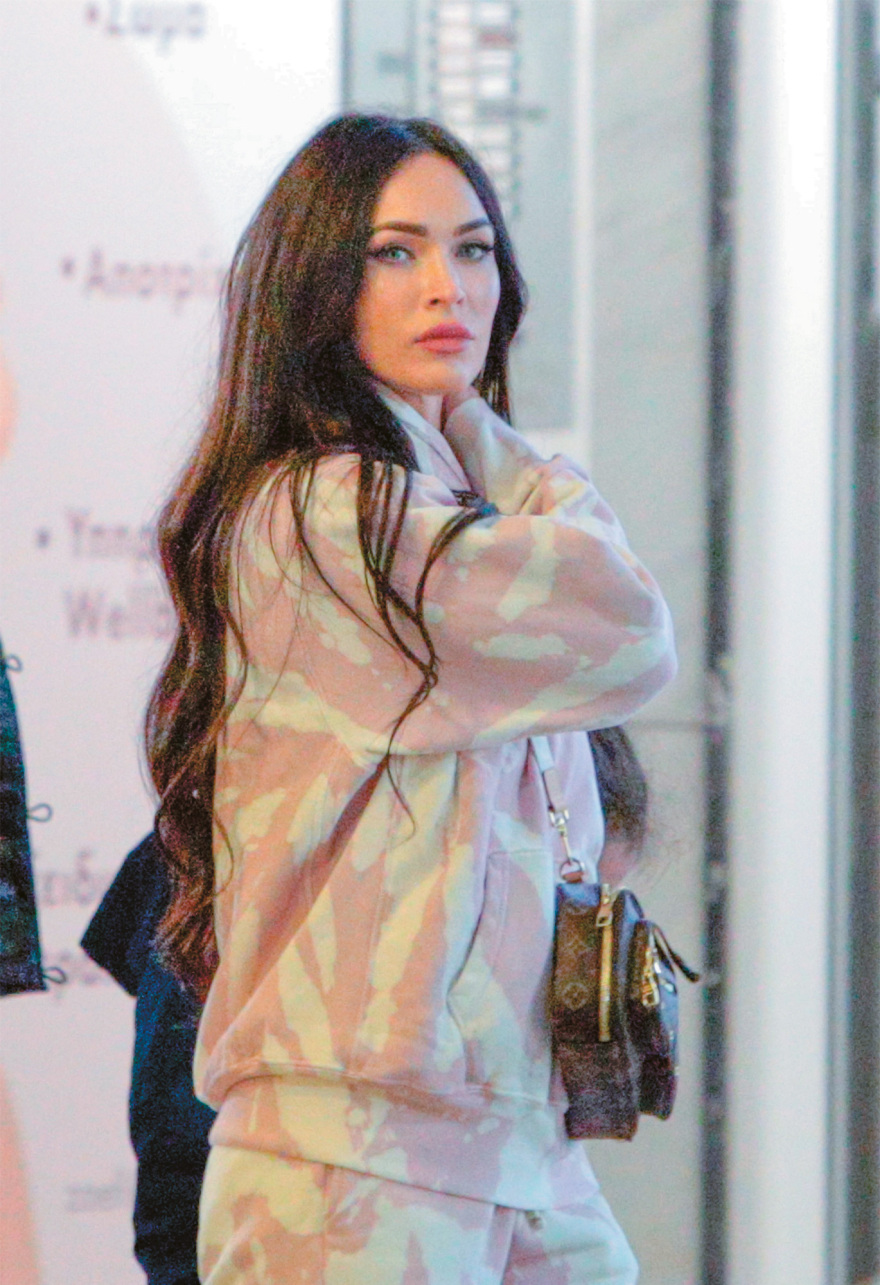 According to the planning of the Hollywood production, the shooting in Thessaloniki lasted about two weeks and took place on a huge plateau east of the city, which was set up in Thermi and in an industrial area in Diavata.

As it became known, the production was given original equipment by the Greek Armed Forces, something that is common for such films being shot abroad.

READ MORE: Megan Fox visits an Escape Room in Thessaloniki with her partner.