Construction work is underway in the territories of Nagorno-Karabakh occupied by Azerbaijan, and it is the ruling Aliyev family who benefits the most

On May 12 and August 29 of this year, the opening ceremony of hotels in Nagorno-Karabakh were held in the Armenian city of Shushi, currently occupied by Azerbaijan.

On October 10, the opening ceremony of the airport took place in the Armenian city of Varanda, which Azerbaijan currently occupies and calls Fuzuli.

It is noteworthy that the ruling Aliyev family is monitoring the progress of all construction works, as well as participating in the opening ceremonies.

All construction work is carried out only with their permission and according to their taste. Although in this case it is normal, because all this is being built for them.

But it is not normal that all this is being built with state funds, while there are schools in Azerbaijan where children study in inhumane conditions.

This is the school of the largest village of the Terter district, Azad Qaraqoyunlu, near the border with Nagorno-Karabakh. 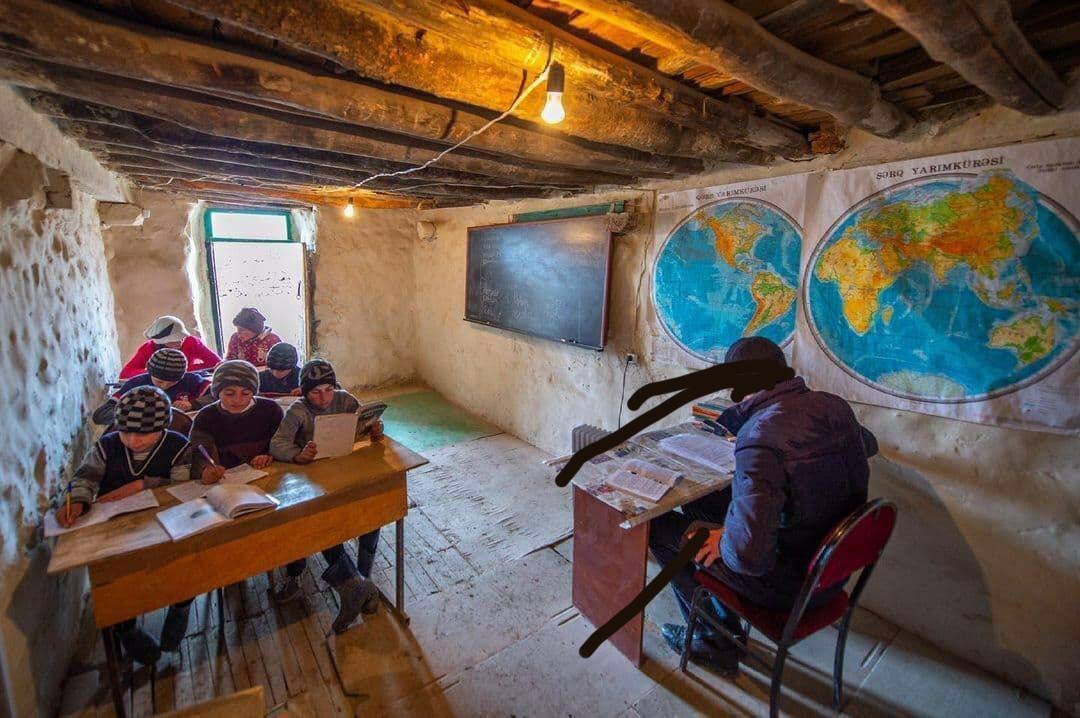 Six years ago, an article was published about this school in which they sounded the alarm that it was in an unsuitable state for education, but since then nothing has changed at the school.

There are still many schools and other state structures in Azerbaijan, which are in such a deplorable state but which Azerbaijanis are afraid to speak out loud about because for voicing such problems in Azerbaijan, you can easily lose your job or end up behind bars.

Well, now answer a simple question: why did Azerbaijani soldiers die in Nagorno-Karabakh in 2020.

And this time the question is not which side suffered the most losses – the Armenian or the Azerbaijani, but that the Armenians died defending their land, their family and homes.

The Azerbaijanis died so that the Aliyev family could build a recreation area there for the corrupt Azerbaijani authorities.

In this life, Aliyev is interested in only two things – money and power, and for the sake of both he is ready to sacrifice the lives and living conditions of ordinary Azerbaijanis.

Arthur Petrosyan is Editor-in-chief of INFOTEKA24 news and is a political expert.

OPINION: The Greek Foreign Ministry’s position on Nagorno-Karabakh is not one of friendship

Consequences of Global Warming in the South Caucasus region