Russian President Vladimir Putin welcomed Prime Minister Kyriakos Mitsotakis to the Black Sea city of Sochi that is hosting their long-awaited meeting, the first since the election of the New Democracy government in July 2019.

During the reception of the Greek Prime Minister in his summer residence, the Russian President commented on the relations between the two countries, for which he stated that “they are developing quite positively.”

As Putin pointed out, the trade relationship between Greece and Russia may have declined last year due to the COVID-19 pandemic, but he stressed that this year has already recorded an increase.

He also spoke about the meetings that have already taken place between Greek and Russian officials, during which important agreements were signed.

Putin stated that “in the meetings with members of the Russian government, good agreements have been reached and a package of agreements has been prepared that has been signed.”

The Russian President also clarified that specific issues are expected to be discussed both at an official level with the Greek Prime Minister and at an informal working dinner.

For his part, Mitsotakis thanked the Russian President for the invitation and the warm welcome he gave him, saying that “it is my pleasure to visit Russia in a year so significant for Greek history and Greek-Russian relations.”

The Prime Minister spoke of “a trigger for more closer relations at all levels,” shortly before the start of their official meeting, on the occasion of the Year of Greek-Russian History for 2021.

“It is important that we were able to launch the Year of Greek-Russian History for 2021. I believe this could be the trigger for more closer relations at all levels,” he said in a joint statement with the Russian president on television. 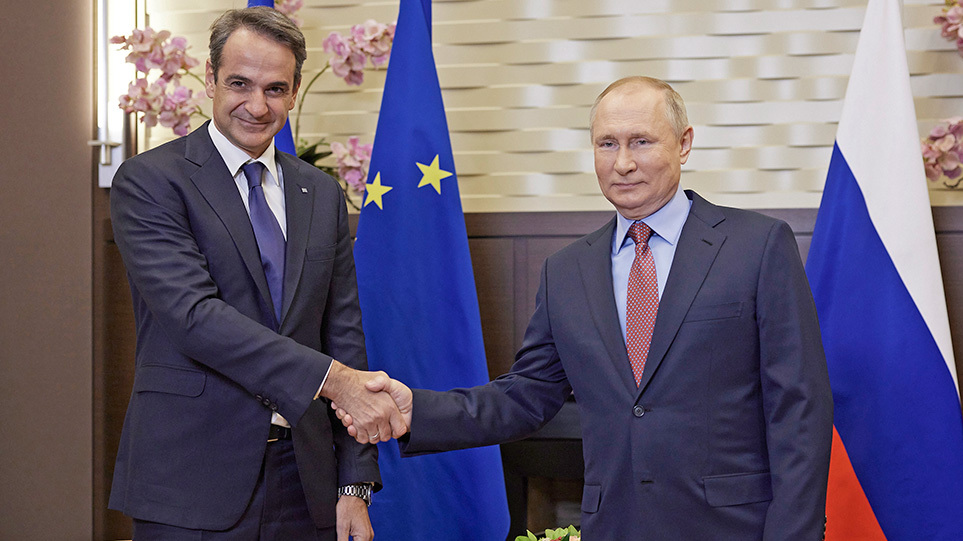 Mitsotakis stated that Greece does not forget that Russia stood by our country during the Greek Revolution, saying:

“200 years ago the Greek Revolution began and we do not forget that Russia stood by us and it is due to the contribution of the Great Powers of the time that Greece gained its independence.”

In addition, he added that “there is certainly room for improvement” in bilateral relations in terms of trade and tourism, citing the performance of the Greek economy.

Regarding the content of the talks, the Prime Minister noted that “we will have the opportunity to discuss many issues”, adding that among them will be regional security.

Mitsotakis stressed that Russia, as a permanent member of the Security Council, has “a significant role to play in the region.”

Continuing, the Prime Minister thanked the Russian President for the opportunity given to him to visit Sochi, where “many of your compatriots of Greek origin live.”

Concluding, Mitsotakis referred to the last time he visited the region, 30 years ago, “When I accompanied my father, then Prime Minister of Greece.”

Dendias to Australian FM Payne: We're especially proud of the Greeks who immigrated to Australia

Lavrov: Greece does not want to pursue sanctions against Russia, we trust our Greek friends

Fagan fragment of the Parthenon Marbles returns to Athens from Sicily: Pressure mounts on Britain

Russia’s replica Shtandart ship arrives at the port of Rafina