Creating the navigAid application, an application-aid for visually impaired people, a three-member group of students from Athens College won the top distinction in the WAICY (World Artificial Intelligence Competition for Youth).

The app aims to enhance the accessibility and autonomy of visually impaired people in the natural and structured environment.

The navigAid application is designed based on specifications for the operating environment of smartphone-type mobile phones and with the help of Artificial Intelligence, supports and simplifies the daily life of people with partial or total vision loss.

The navigAid constantly provides information via voice messages about the exact location of stores (pharmacies, kiosks, supermarkets, etc.), the colour of traffic lights, street names, the value of banknotes and many other useful information.

After intensive preparation for the collection and classification of information, the organisation of the database, the teaching of the Machine Learning model, the writing of the code on which the application is based, and so on, the three students were able to present a perfectly functional application.

The three students of Athens College collected the highest general score in the Lyceum category and won the first prize (Gold Award) in the WAICY Artificial Intelligence competition.

Considering that more than 500 teams from 32 countries participated in the competition, the fact that the three Greek women won two of the six awards is a real triumph. 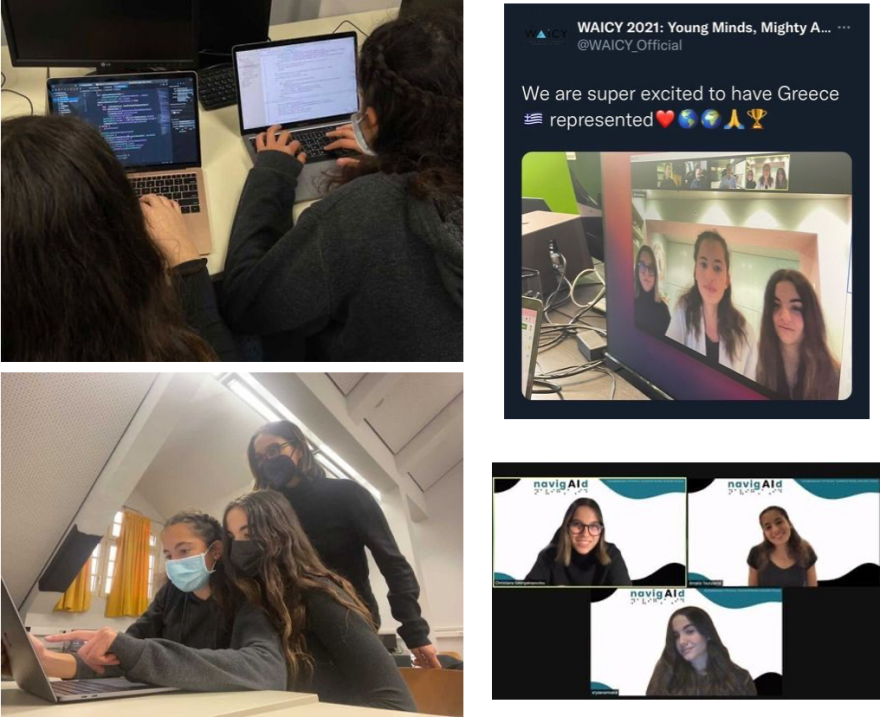 This year it was held online, on November 20, organized by WAICY, a global organization based in the USA. WAICY encourages children and young people to become familiar with Artificial Intelligence and use their knowledge to create similar applications, ultimately solving real problems.

The competition in which the three students of the Athens College were distinguished, is open to students from all over the world and takes place once a year.

Contestants can participate either online or live.