His warm thanks, through a personal letter, were expressed by Pope Francis to the Mayor of Athens, Kostas Bakoyannis.

The letter follows the warm welcome the Pope received during his recent visit to Athens.

He also expressed thanks for the Gold Medal of the City of Athens, which is highest honorary distinction of the city, that he was awarded by the Mayor of Athens.

“I thank you once more for the warm welcome you offered me during my recent visit and for your kind presentation of the Gold Metal of the City o Athens following the celebration of Mass in the Megaron Concert Hall,” the letter reads.

“I was deeply honoured by your gracious gesture.

“I am likewise grateful to you and the members of your administration for your efforts to plan and accompany my visit.

“My thanks go also to the forces of order and the many volunteers who provided assistance at every stage of my stay in the City.

“Assuring you of my prayers for your important work, I cordially invoke upon you and your fellow citizens God’s abundant blessings.” 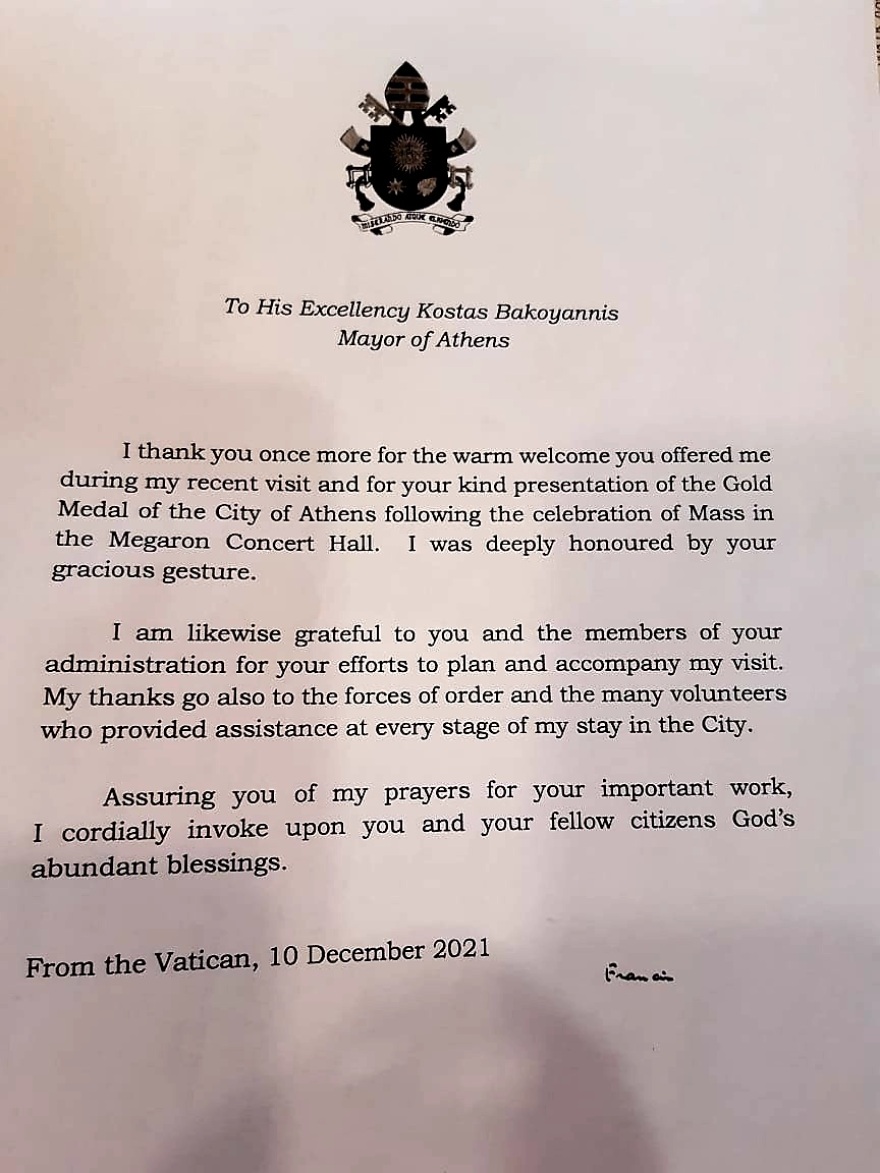 Restart in Turkey-Armenia relations: What is Erdoğan seeking?