The meeting between Ecumenical Patriarch Bartholomew and the Metropolitan of Antania and Abbot of the Holy Monastery of Saint Jovan Bigorski, Bishop Parthenius, is an important for the schismatic church of Skopje to normalise with the Orthodox world.

The Metropolitan of Skopje, accompanied by monks and nuns of four Holy Monasteries, met in a warm atmosphere with Patriarch Bartholomew at the Patriarchal Church of St. George.

The Bartholomew-Parthenius meeting comes at a time when processes are underway to resolve the ecclesiastical issue in Skopje, as the local church, which calls itself “Macedonian”, is characterised as schismatic and seeks recognition of its autocephaly.

The media in Skopje gave wide publicity to the meeting, noting that the title of archbishopric remains a thorn, as well as the attitude of the Serbian Patriarchate, since today’s Skopje was its ecclesiastical territory until 1967. 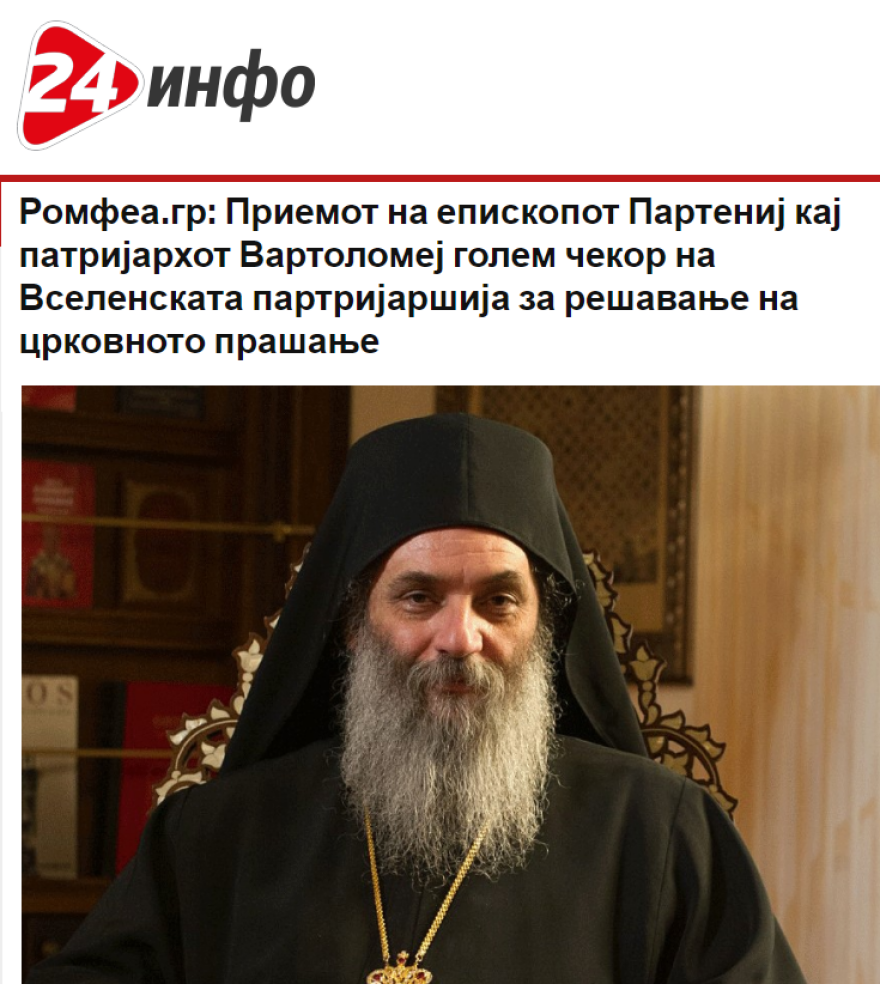 The self-proclaimed “Macedonian” Orthodox Church – Archdiocese of Ohrid” is the schismatic Church of North Macedonia which arose from the division of the Serbian Church by Yugoslav authorities.

In 1967, however, it declared its independence, with the result that the extraordinary Synod of the Hierarchy of the Serbian Church, in September of the same year, declaring the leadership of the “Macedonian” Church schismatic.

READ MORE: Metropolitan of Ilia: Unvaccinated clergy that died of COVID-19 committed suicide, I don’t go to their funerals.