The Eastern Roman Empire, more commonly known as the Byzantine Empire, was a Greek-speaking Empire, the longest in human history.

History has compiled 10 of the most interesting facts about the Eastern Roman Empire.

1. It wasn’t called the Byzantine Empire until after it fell.

The term “Byzantine Empire” came into common use during the 18th and 19th centuries, but it would’ve been completely alien to the Empire’s ancient inhabitants. For them, Byzantium was a continuation of the Roman Empire, which had merely moved its seat of power from Rome to a new eastern capital in Constantinople. Though largely Greek-speaking and Christian, the Byzantines called themselves “Romaioi,” or Romans, and they still subscribed to Roman law and reveled in Roman culture and games. While Byzantium later developed a distinctive, Greek-influenced identity as the centuries wore on, it continued to cherish its Roman roots until its fall. Upon conquering Constantinople in 1453, the Turkish leader Mehmed II even claimed the title “Caesar of Rome.”

2. Constantinople was purpose-built to serve as an imperial capital. 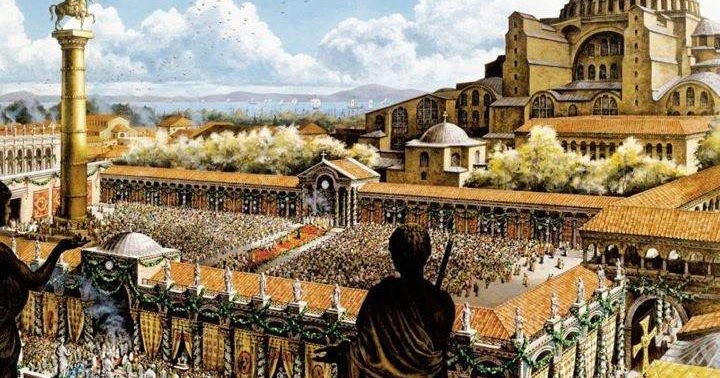 The early origins of the Byzantine Empire date to 324, when the Emperor Constantine abandoned the decaying city of Rome and moved his court to Byzantium, an ancient port town strategically located on the Bosporus strait separating Europe and Asia. In the span of just six years, Constantine converted the sleepy Greek colony into a metropolis complete with forums, public buildings, universities and defensive walls. He even had ancient Roman monuments and statues brought in to cement its status as a world capital. Constantine dedicated the city in 330 as “Nova Roma,” or “New Rome,” but it soon became known as “Constantinople” after its creator.

3. Its most influential emperor came from humble origins. 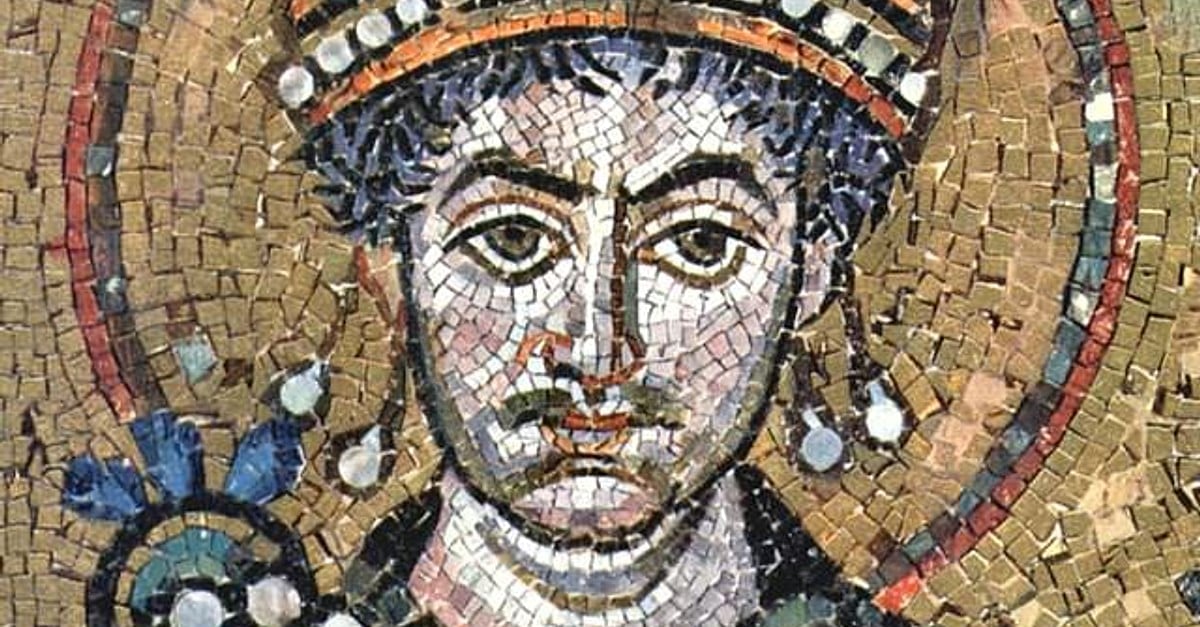 Byzantium’s rise corresponded with the unlikely reign of Justinian I. Born around 482 in the Balkans, he spent his youth as a peasant’s son before being taken under the wing of his uncle Justin I, a former swineherd and soldier who later became the Byzantine Emperor. Justinian succeeded Justin in 527, and while he always spoke Greek with a bad accent—a sign of his provincial origins—he proved to be a natural ruler. During nearly 40 years on the throne, he recaptured huge swaths of lost Roman territory and launched ambitious construction projects including rebuilding Constantinople’s Hagia Sophia, a domed church now considered one of history’s great architectural achievements. Perhaps most important of all, Justinian was responsible for compiling Roman law into the Corpus Juris Civilis, a compendium of jurisprudence that forms the bedrock of many modern legal systems.

4. A riot by chariot racing hooligans nearly brought the Empire to its knees.

Just as modern sports franchises have diehard fans, Byzantine chariot racing had the Blues and the Greens, a pair of fanatical—and often violent—supporters’ groups named for the colors worn by their favorite teams. These ancient hooligans were sworn enemies, but in 532, discontent over taxation and the attempted execution of two of their leaders saw them band together in a bloody insurrection known as the Nika Riots. For several days, the Blues and Greens ran amok through Constantinople burning buildings and even trying to crown a new ruler. The Emperor Justinian nearly fled the capital, but was dissuaded by his wife, Theodora, who convinced him that it was nobler to fight for his crown. Bolstered by her words, Justinian had his guards block the exits to the city’s Hippodrome—which the rioters were using as their headquarters—and then ambushed it with a host of mercenary troops. The result was a wholesale slaughter. By the time the battle ended, the riot was crushed and an estimated 30,000 people were dead—as much as 10 percent of Constantinople’s entire population.

5. Byzantine rulers were known to blind and mutilate their rivals.

Byzantine politicians often avoided killing their rivals in favor of carrying out ghastly acts of physical mutilation. Many would-be usurpers and deposed emperors were blinded or castrated to prevent them from leading troops or fathering children, while others had their tongues, noses or lips cut off. Maiming was supposed to prevent victims from challenging for power—disfigured people were traditionally barred from imperial rule—but it didn’t always work as planned. The Emperor Justinian II famously had his nose hacked off when he was overthrown in 695, but returned from exile 10 years later and reclaimed the throne—supposedly while sporting a prosthetic golden nose.

6. Its military used an early version of napalm.

Byzantium owed much of its military success to Greek Fire, a mysterious incendiary liquid that was used to set enemy troops and ships ablaze. The precise recipe for this ancient napalm has been lost to history—it might have contained everything from petroleum and pine resin to sulfur and saltpeter—but accounts describe it as a thick, sticky substance that could be sprayed from siphons or hurled in clay pots like grenades. Once ignited, it could not be extinguished with water and could even burn on the surface of the sea.

7. The Empire gave rise to the Eastern Orthodox Church. Byzantium was almost always a Christian empire, but over the centuries its Greek-speaking church developed distinct liturgical differences from the Catholic, Latin-speaking church in the West. The theological tensions finally boiled over in 1054, when a falling out between the patriarch of Constantinople and a papal delegate led the Eastern and Western churches to issue decrees excommunicating one another. This “Great Schism” created two separate branches of Christianity: the Roman Catholic Church in the West, and the Eastern Orthodox Church in the Byzantine East.

8. Its capital was sacked during the Crusades.

One of the darkest chapters in Byzantine history began in the early 13th century, when Christian warriors assembled in Venice for the Fourth Crusade. The Crusaders were supposed to sail for the Middle East to seize Jerusalem from the Muslim Turks, but due to cash shortages and friction with the Orthodox Byzantines, they were persuaded to make a detour to Constantinople to restore a deposed Emperor to the throne. After a deal to fund their expedition to the Holy Lands fell through in 1204, the Crusaders carried out a bloody sack of Constantinople, burning the city and carting off much of its treasure, art and religious relics. They also carved up much of the declining Byzantine Empire and installed a Latin ruler. While the Byzantines later recaptured Constantinople in 1261, the Empire would never regain its former glory.

9. The invention of the cannon helped bring about the Empire’s fall.

Constantinople’s towering city walls kept invading Goths, Persians, Russians and Arabs at bay for centuries, but they proved to be no match for changing military technology. In the spring of 1453, having already conquered most of the Byzantine frontier, Ottoman Turks under Sultan Mehmed II laid siege to the capital with a collection of cannons specially designed by a Hungarian engineer. After bombarding Constantinople’s defenses for several weeks, the Ottomans blasted a breach in the walls on May 29.

Among the many killed was the last Byzantine emperor, Constantine XI, who supposedly stripped off his royal regalia and cried out “the city is lost, but I live!” before charging into battle. With the fall of its once-mighty capital, the Byzantine Empire crumbled after more than 1,100 years in existence.

10. The Byzantines preserved many of the writings of Ancient Greece.

The writings of Greek thinkers such as Plato, Ptolemy and Galen might have been lost to history if not for the Byzantine Empire. It has been estimated that of all the ancient Greek manuscripts that survive today, more than two-thirds were handed down by the Byzantines.

Moscow sees Ankara as 'Trojan Horse' for mediation in Ukrainian