The Turkish Casus Belli against Greece was “analysed” on the front page article of the pro-government newspaper Aydinlik, reiterating Ankara’s firmly provocative positions that misinterprets international law in accordance with its interests.

The article claims that Greece, after the expansion of territorial waters to 12 nautical miles in the Ionian Sea a year ago, is preparing a similar move in the so-called “Sea of ​​Islands”, as the Turks now call the Aegean Sea.

They cited statements by Greek Prime Minister Kyriakos Mitsotakis saying that the expansion of Greece’s territorial waters to 12 nautical miles is an inalienable right as confirmed by the United Nations Charter Law of the Sea.

Turkey is one of the very few countries that has not signed and/or ratified UNCLOS. The majority of non-signatories are landlocked countries.

The newspaper reminded that the Turkish parliament in 1995 made a Casus Belli (Call for War) if Greece extended its territorial waters to 12 nautical miles from six, as it is today, in the Aegean Sea.

“This decision is still valid,” the newspaper said, commenting on Mitsotakis’ recent statements in the Bulgarian capital of Sofia on the threat of war by Turkey.

Reference is made to UNCLOS, emphasising that the only agreement in force is the Treaty of Lausanne, according to which the territorial waters of the Aegean islands were set at three nautical miles.

“In 1936, using Mussolini’s threat as an excuse, Greece unilaterally increased its territorial waters to 6 miles (…). Today, according to the 6 nautical mile regime, the open sea area is 49%,” the newspaper noted.

“If Greece increases to 12 nautical miles, the percentage of offshore areas decreases to 20%,” the article added. 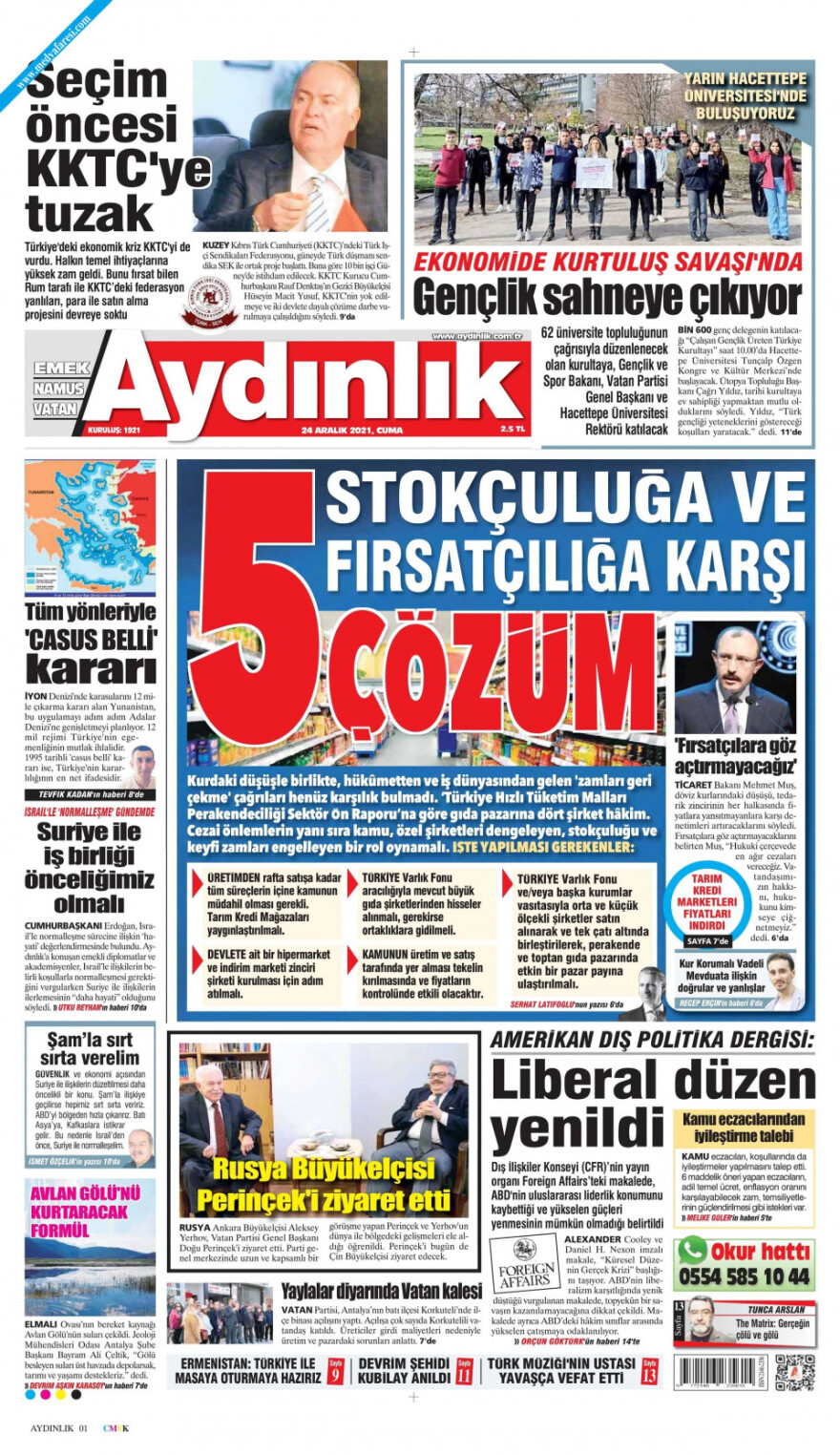 At the same time, the article stressed that “since Turkey is not a party to the UNCLOS Convention, it has no contractual obligation under Article 3,” something that is not correct since UNCLOS is customary law.

“The regime of 12 nautical mile is a complete violation of Turkish sovereignty,” the article continued.

“In addition, submarines passing through the territorial waters of a foreign state must sail over the water and the coastal state may suspend the right of passage when it deems it necessary to maintain its safety.

“It does not differ from the landing of Greek soldiers in Smyrna,” the article stated provocatively. 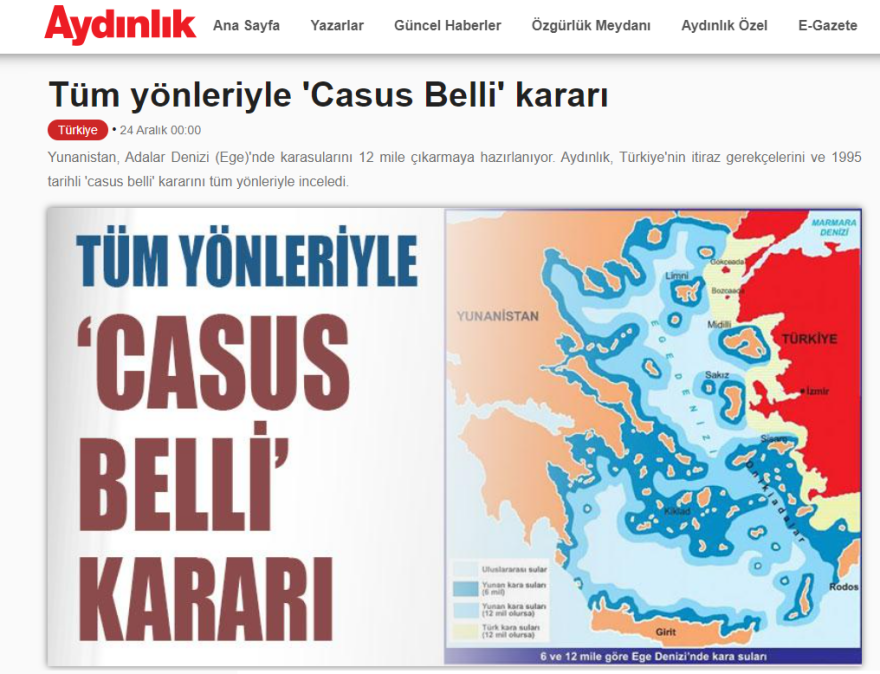 Aydinlik provocatively emphasised that: “there is no military, legal or historical basis for the demands of Greece.”

The article then accused Greece of having “fivefold its borders without winning the war” and that it claims islands that Turkey won from Venice and the Genoese.

The article highlights a provocative map submitted to the UN and the International Hydrographic Organisation (IHO) by Turkey in 2010, for the separation of the Aegean Sea from the Eastern Mediterranean.

The map included an imaginary line drawn by the Turks starting from Rhodes and going across Karpathos to Crete and ending at the southern tip of the Peloponnese.