Grigorios Sahinidis is a taxi driver that made over 4.6 million kilometres with the same Mercedes Benz 240D built in 1976!

If one hears that a man has traveled millions of kilometers in the same car, one would certainly not believe it, since after a few years most – if not all – change cars.

Grigorios Sahinidis from Thessaloniki, not only did millions of kilometres with the same car, but is the car he uses as a taxi driver.

In particular, he made 4.6 million kilometres with the same car and was even asked by Mercedes to “donate” his vehicle to its museum in Stuttgart as it broke the world record for kilometres traveled for every type of car on the planet. It was in 1981 when Sahinidis, with the help of his brother, brought the used car from Germany (already 4 years old at the time).

For 23 years he has served several officials and celebrities, such as the then MP and later Prime Minister Kostas Karamanlis, the German footballer Gerd Müller, Despo Diamantidou and Marinella.

In 2004, after handing over the car to the Mercedes Museum, he received a brand new C200 CDI model in exchange from President Alexander Paufler. 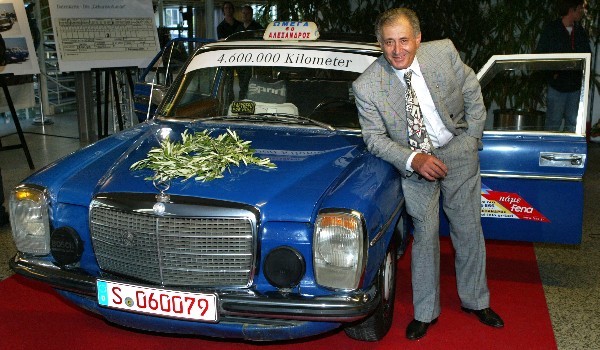 For 23 years, the taxi was his job and financial difficulties did not allow him to replace it with a car of the same brand.

He made countless trips abroad, which is why he has such a large number of kilometres.

“When I took the taxi, there were few Mercedes circulating in Greece, while I had the advantage of speaking German, as I lived in Germany for 15 years,” he said.

“So, I worked with travel agencies, which sent me clients to transport them within Greece, but also to the surrounding countries.

“I transferred businessmen to Skopje, Germany, Banja Luka, I went eight times to Turkey and more than 90 times to Bulgaria.

“In fact, in 1993, crossing the war-torn Yugoslavia, I accompanied a truck with humanitarian aid to Belgrade, transporting the escort of the mission, businessman Stefanos Milios, the only person who had a permit to enter the country at that time.” 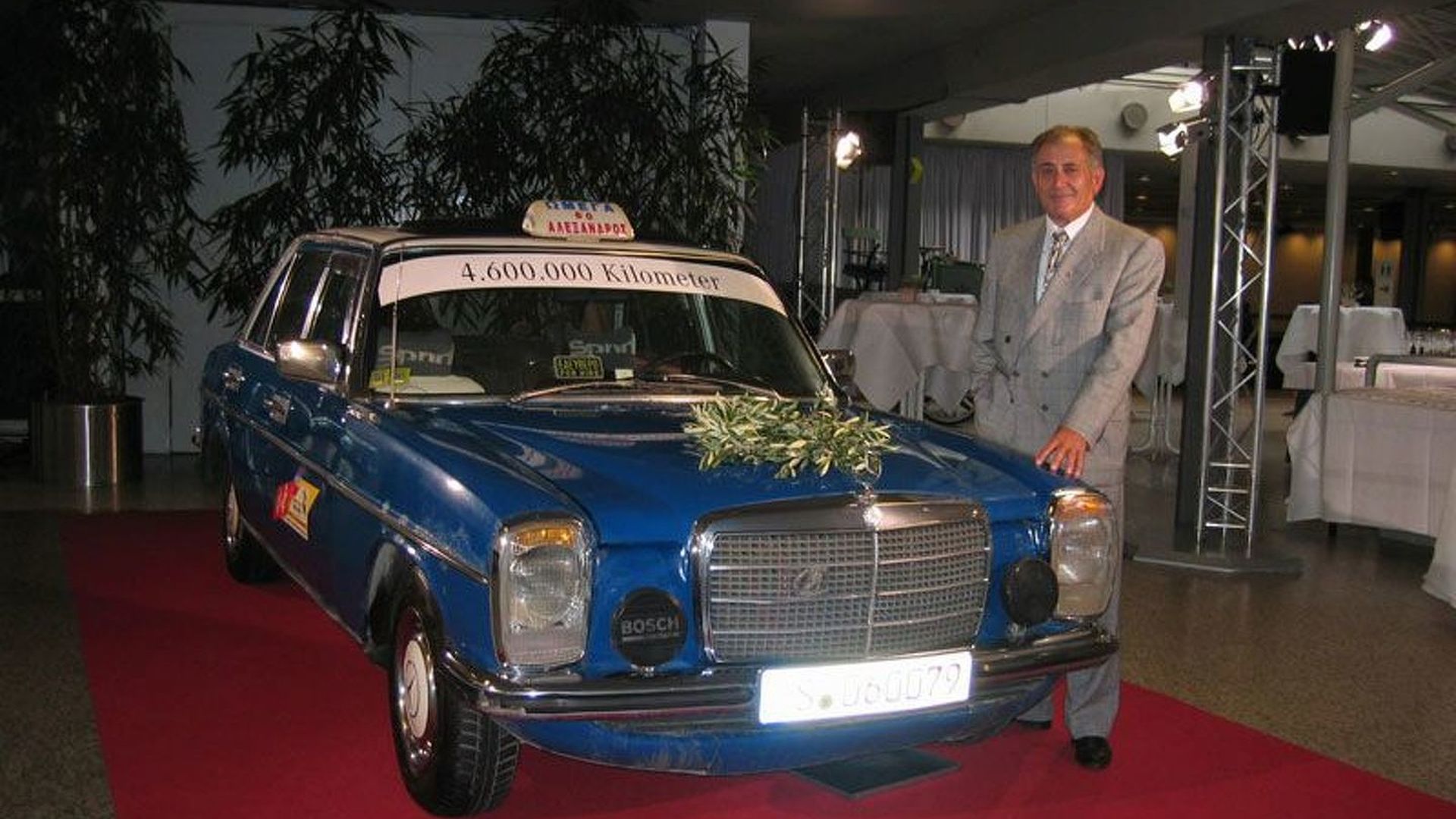 For 23 years, the Mercedes was his inseparable partner.

This, he said, is also due to the good maintenance of the taxi, which he supervised as a car mechanic.

“I remember in 1989, when it had snowed a lot in Thessaloniki and for two weeks no cars or buses were running. At that time, we only worked ten taxis,” he recounted.

“I took a girl from Mitropoleos to take her to Perea. In the middle of the route, the traffic police stopped us and told us that the road was not safe.

“I finally took it at my own risk, as I was used to snow.

“On the way back I found nine girls who could not find a way to return and were frozen. They managed to fit in the taxi, after sitting two in front and seven behind!”

READ MORE: Champion pilots paint the sky above Crete with “2022”