The online edition of the Turkish newspaper Sözcü late Monday afternoon talked about "tension in Imia between Turkey and Greece".

"The Greek Coast Guard and the Greek fishermen wanted to approach Imia," the report said, claiming that: "The Greeks prevented a Turkish coast guard boat from approaching the area."

"Turkish and Greek boats approached each other," the report added, noting that the incident occurred between 15.00 and 16.00 in the afternoon, when Greek fishing boats approached the Turkish Coast Guard boats at a distance of 20 metres.

The newspaper even published a video, which -according to what it claims- confirms its allegations for a new "episode" in Imia.

Sözcü's report also "saw" a Greek-Turkish incident in Imia last February, which, however, was categorically denied both the Turkish Interior Ministry and the Turkish Coast Guard.

At that time, the newspaper had claimed that two boats of the Greek Coast Guard from Kalymnos tried to approach the rocky islets of Imia, with the result that the Turkish Coast Guard intervened and there was tension.

The article even wrote that the Greeks wanted to hold a ceremony for the three officers who went missing on the night of the Imia crisis in 1996. 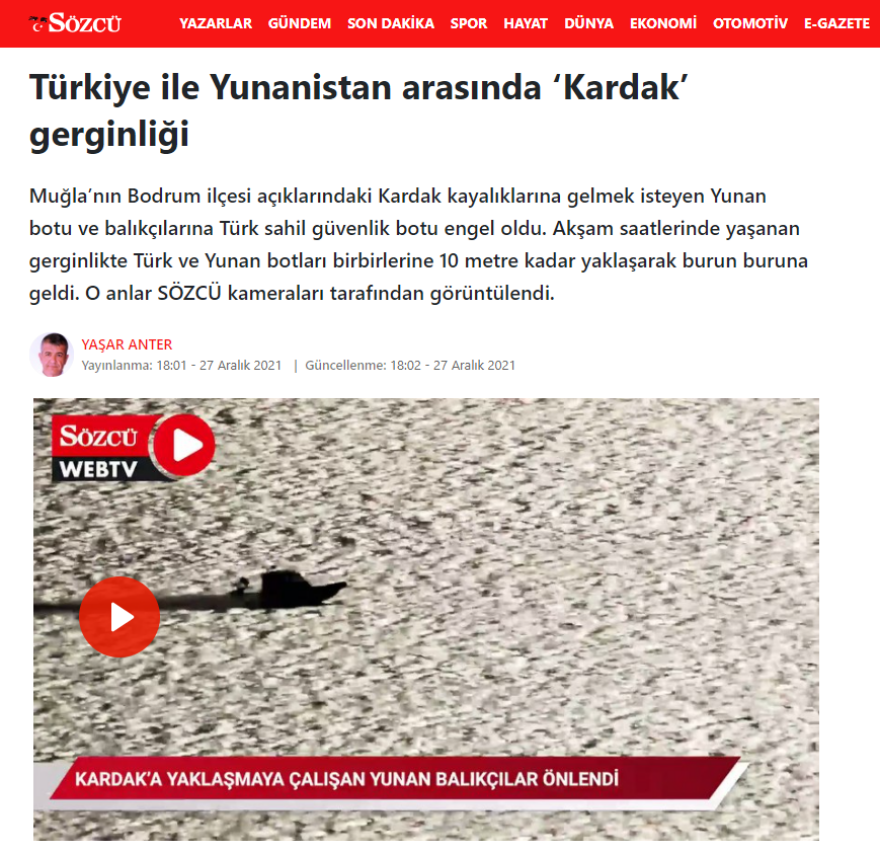 READ MORE: Turkish media: Lavrio refugee camp near Athens has turned into a PKK base.