Fines imposed on members of the Pakistani community who gathered at Syntagma Square to celebrate the New Year without wearing masks will not be cancelled, Citizen Protection Minister Takis Theodorikakos said on Monday.

The minister was responding to a letter signed by the president of the community Cultural Community of Greece-Pakistan, Syed Mohammad Jamil, appealing for a write-off of the fees for several reasons.

These reasons include the claim that the gathering was spontaneous and not organised as the Pakistani community did not know the city of Athens had cancelled all celebrations at Syntagma Square.

The appeal letter also said the Pakistani community left peacefully after being informed of this by police.

Theodorikakos rejected the appeal and said on a social media post, "We will not cancel any fines imposed by the Hellenic Police on members of the Pakistani community during New Year's Eve on Syntagma for not wearing masks."

"Laws are laws and apply to all, even if the presence of these people was spontaneous," his post added. 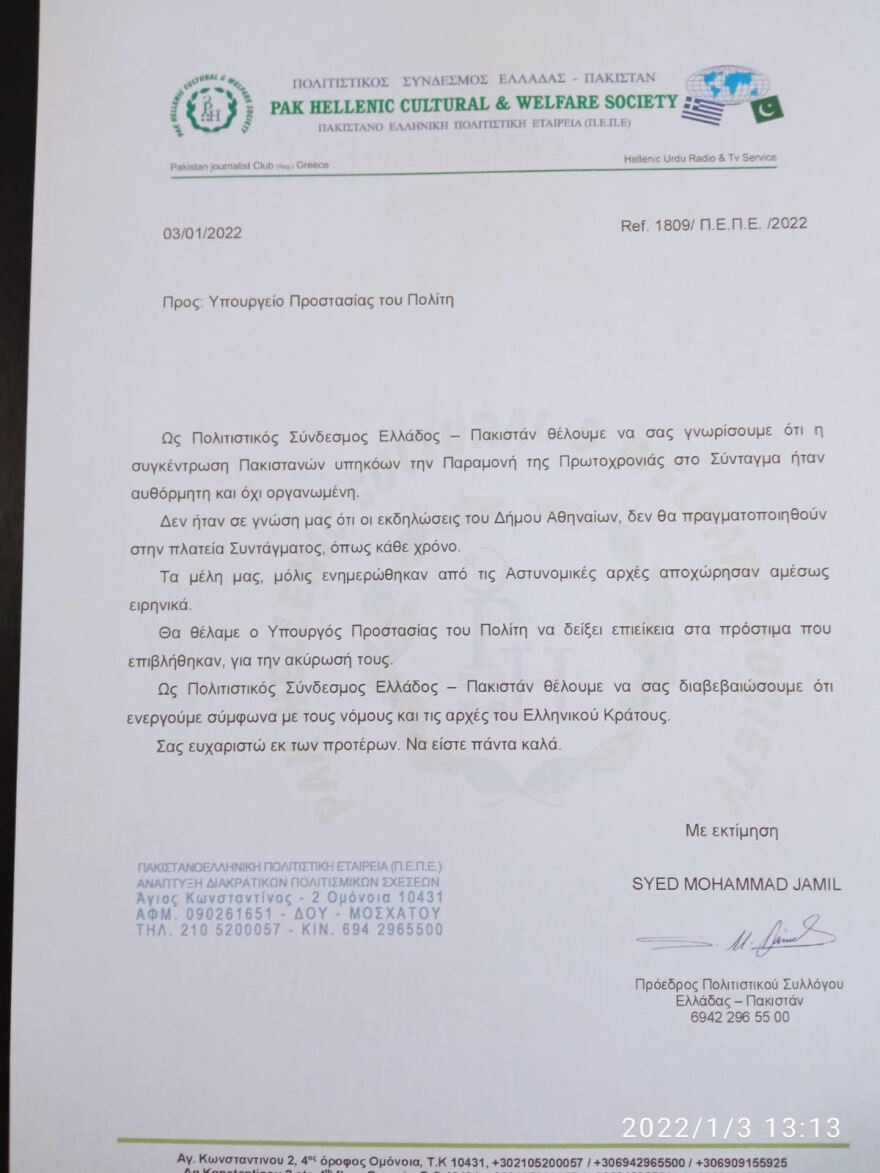 Videos posted on social media show hundreds of Pakistanis gathered in Syntagma Square to count down to the beginning of 2022.

The Minister of Development and Investment, Adonis Georgiadis, characterised the images of hundreds of Pakistani's flooding Syntagma Square as "unacceptable" in an interview on Monday morning.

"These images are completely unacceptable," he said, adding: "As soon as I saw them, I called the police and they told me that this lasted for about half an hour."

However, an eyewitness told Greek City Times that the gathering last around two hours.

Pakistanis clash in the centre of Thessaloniki

Pro-Turkish Pakistani's raised a drone over the Greek parliament!