The bodies of the young Turkish Prosecutor İbrahim Gündüz and his wife Nurdan, who drowned in the Aegean Sea a month ago, remain in the “unclaimed” morgue of the Kos hospital.

The shipwreck that took place off Kos December 2, hid behind a human story that made many people in Turkey and beyond saddened.

The deaths of 36-year-old prosecutor and his wife wife, who got married only last July, have once again brought to the fore in Turkey the persecution of hundreds of citizens ousted by the Erdoğan government.

A unique accusation is their participation in the so-called FETÖ organisation of the exiled Imam Fethullah Gülen, whom Ankara considers to be hiding behind the failed 2016 coup. 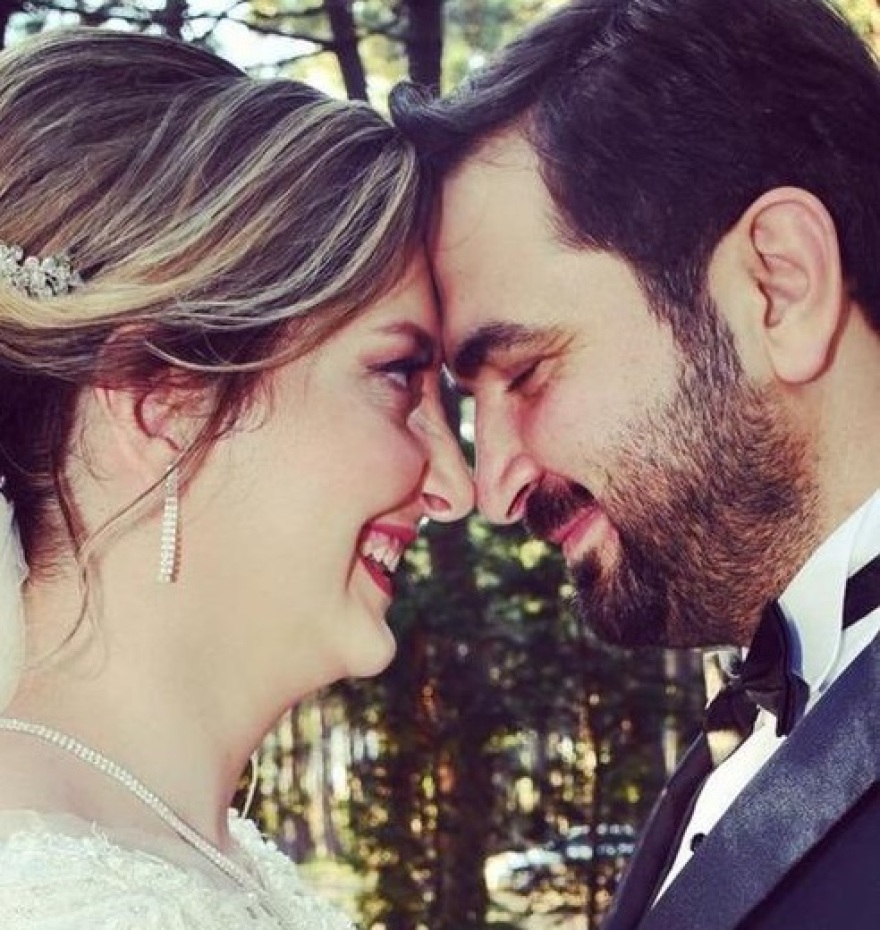 To this day, the bodies of Ibrahim Gündüz and his wife Nurdan remain in the morgue of Kos hospital as no relatives appeared to receive them and transport them to Turkey for burial.

It remains unknown whether Turkish authorities have shown any interest.

With the “stigma” of being Gülenists, therefore Erdoğan’s enemies, there is fear among the members of the victims’ families, although according to Turkish media, relatives living abroad have shown interest but there is a problem with the issuance of visas by Greece.

If there is no interest, the bodies will be buried -as usual- in the Muslim cemetery of Kos, with the planned ritual.

The young couple was fired from public office, on the same charge, and jailed for 15 months in Osmaniye prison in southern Turkey.

He was released on bail and banned from travelling abroad.

In order not to return to prison again, he got married and decided to flee to Greece and seek political asylum.

In the early hours of December 2, the speedboat they were on board overturned due to high waves and mishandling of the captain, with the result that the five passengers, four men and one woman, were found in the water.

The Greek Coast Guard intervened immediately, however Ibrahim and Nurdan Gündüz did not succeed and were pulled out dead.

The trafficker and another Turkish citizen who is also being persecuted in Turkey and wanted to escape to Greece were transported to Kos. 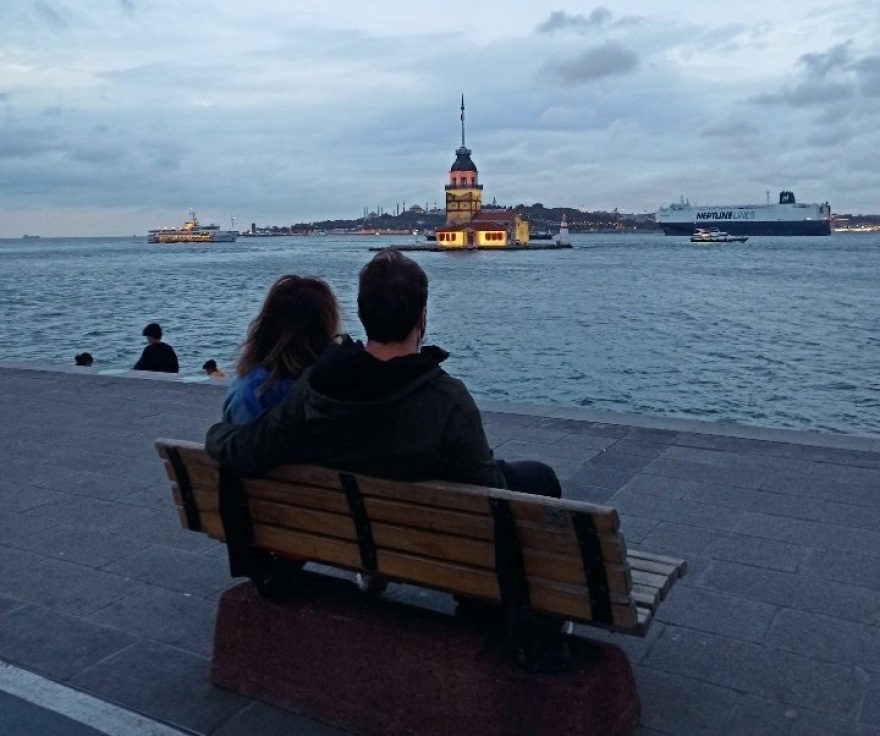 The news of the death of the young prosecutor and his wife did not concern the pro-government media in Turkey.

However, the last photo of the tragic couple, taken on November 10, shortly before they made the decision to escape to Greece and uploaded to the personal profile of Ibrahim, went viral on social media.

The photo shows the couple sitting and embraced on a bench, gazing at Leander’s tower on the Bosporus, perhaps planning a better future for their lives. 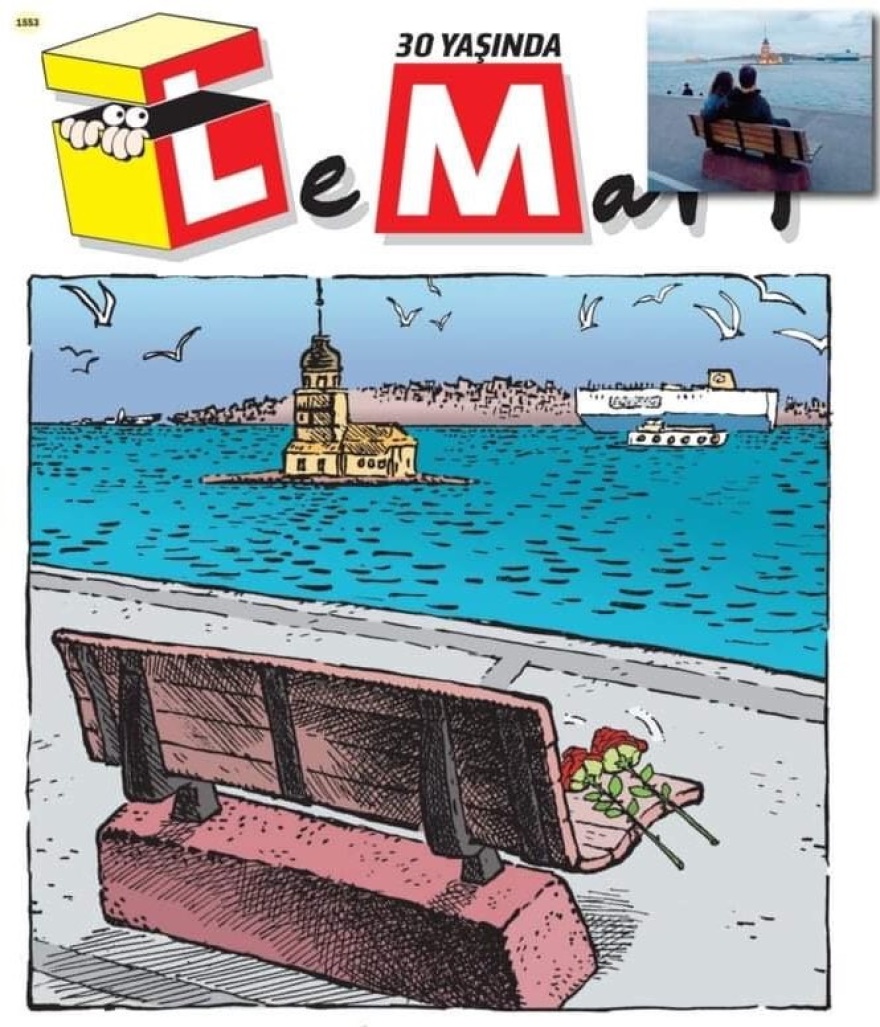 The satirical magazine LeMan, which is hated by Erdoğan, dedicated its last page to the young couple who lost their lives while crossing the Aegean to seek political asylum in Greece.

In the picture, which refers to the last photo taken in the Bosporus, in the place of the two young people there are two roses.

The caption below reads:

“Prosecutor İbrahim and his wife Nurdan, who were expelled by government decree, lost their lives when their boat capsized while trying to cross to the island of Kos in Greece.”

The offices of LeMan, one of Turkey’s leading satirical magazines, have been attacked from time to time by supporters of Erdoğan for criticising him.

Antetokounmpo brothers to give away €100,000 penthouse with Acropolis view