Greeks were shocked as footage emerged of hundreds of Pakistanis, seemingly in an organised manner, converged on Syntagma Square on New Years Eve when Greeks were days earlier forced to limit their Christmas celebrations.

Shock and anger was spread all across Greek society, including among the citizenry, in the political arena and even among artists.

The invasion of Syntagma Square was so audacious that it even reached international headlines.

Minister for Development Adonis Georgiadis said that the gathering of thousands of Pakistanis lasted half an hour, however, an eyewitness told Greek City Times that the scenes lasted for at least two hours.

This is especially refuted by videos on social media networks, specifically by the timing of their posts.

The analysis of the metadata in 14 videos by Dimokratia, which were posted on the social media platform TikTok, shows that from 20:00 on New Year’s Eve, there were several dozen people in the square – specifically from 20:12:32, but videos continued for around five years. 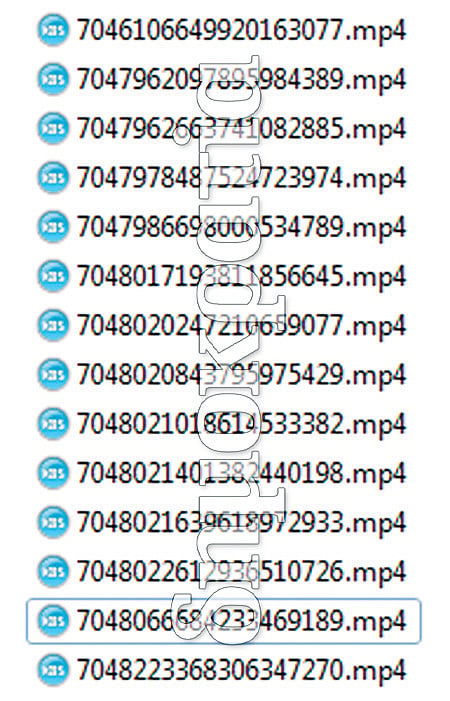 With huge outrage, the Pakistan Journalists Club (REG) Greece attempted to defuse the anger by claiming that the “unfortunate incident in Syntagma Square concerns a spontaneous event of citizens from different countries, [… ] and even Greeks. In no case was there an organised event or invitation from our unions.”

The Pakistan Journalist Club claimed that the Pakistanis were “not aware of the ban” and rather blamed Greek authorities as “the state’s extensive campaigns for the pandemic so far concern only the Greek media and do not include neither migrants, nor their media, this should change.” 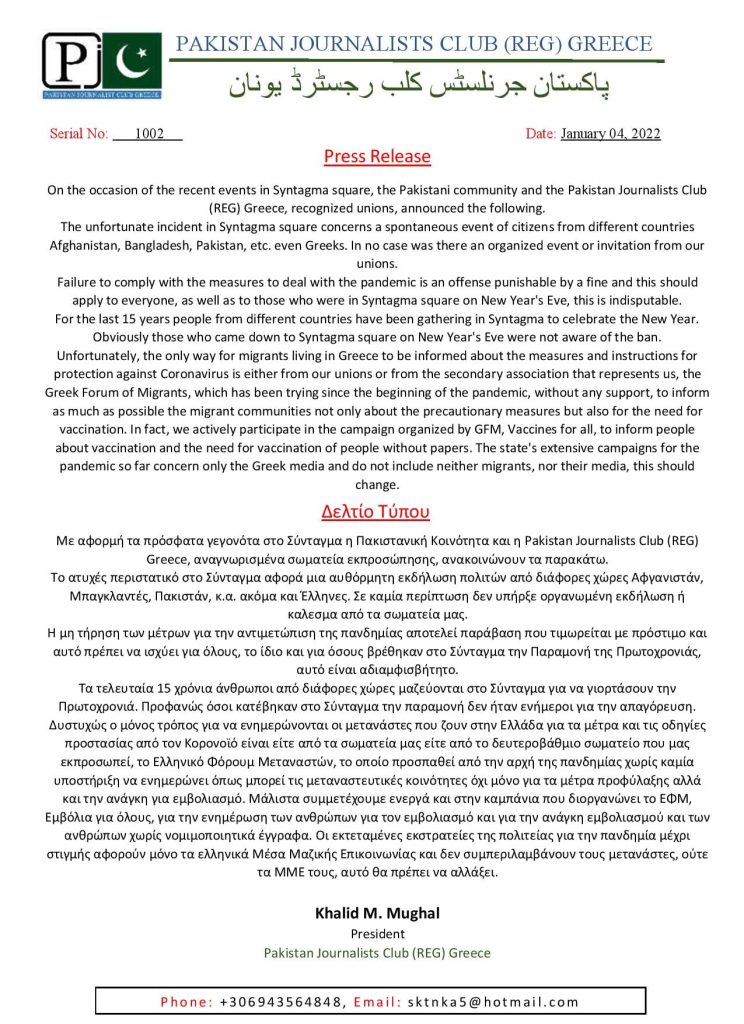 This of course is far from the truth, since Greek City Times, as an English-language outlet (a language the Pakistan Journalist Club clearly communicates in) is dedicated to news from Greece.

Rather, it is an extremely lazy attempt by Khalid M. Mughal, the President of the Pakistan Journalists Club, to shift responsibility for the defiance of national laws by the Pakistani community onto the Greek state.

This is a question that perhaps Mr. Mughal should consider before shifting blame onto the Greek State for the behaviour of the Pakistani community on New Years Eve.

It is recalled that the Cultural Community of Greece-Pakistan, Syed Mohammad Jamil, appealed for fines imposed on Pakistanis for breaching COVID-19 measures to be revoked.

These reasons include the claim that the gathering was spontaneous and not organised as the Pakistani community did not know the city of Athens had cancelled all celebrations at Syntagma Square.

However, eyewitnesses told Greek City Times that over the course of the night, three main avenues connecting to Syntagma Square had continuous streams of Pakistani migrants arriving in what “appeared to be a planned event in a demonstration of power.”