Last Saturday, Turkish Defence Minister Hulusi Akar, in addition to his usual threats and references to a casus belli, not only attempted to "gray" Greek islands and islets, but also presented maps that made the front page of the pro-government Milliyet newspaper. 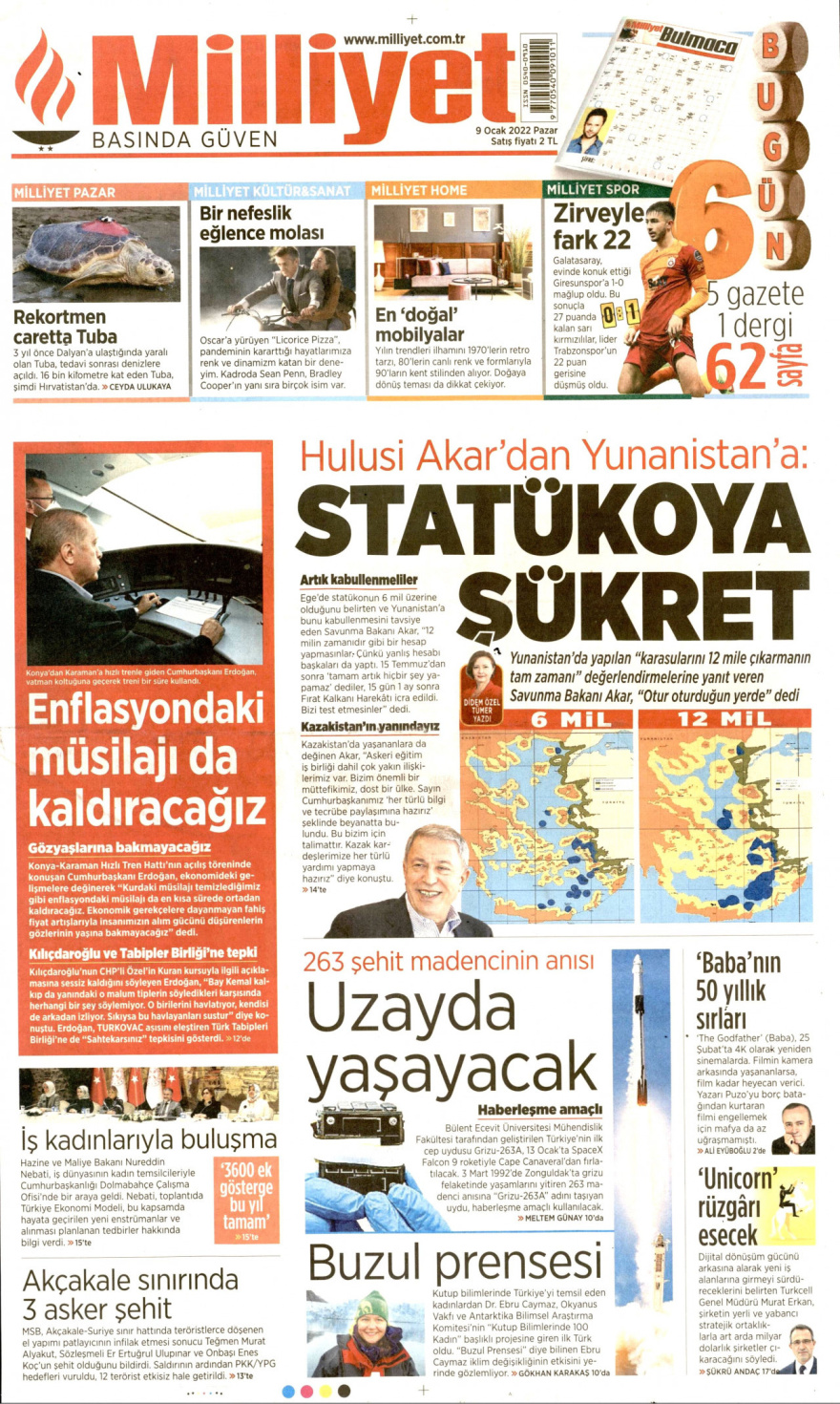 The maps, apart from the Turkish claims about a "Greek lake" in the Aegean Sea if Athens exercises its legal right to expand to 12 nautical miles, show -for the first time- dozens of islands and islets that Turkey falsely claims has "questionable sovereignty".

Most of the claims regard small island groups, among them Oinousses, Fourni, Thymaina, Agathonisi, Arkioi and Gavdos - islands that are inhabited or located close to Crete.

Akar said provocatively about Greece: "It claims sovereignty of islands and islets whose sovereignty has not been transferred to Greece with conditions and in fact some of these islands are put up for sale." 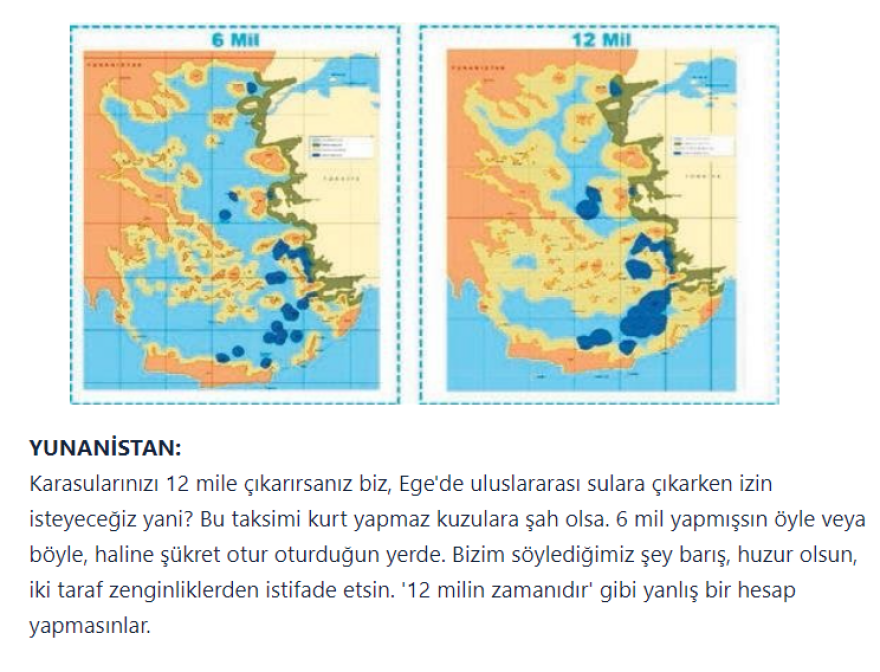 According to what has become known, this list includes 152 islands and islets of the Aegean and Cretan Seas, which Turkey seeks to "gray" in the context of the neo-Ottoman appetites of President Recep Tayyip Erdoğan.

At the same time, the Centre for Naval and Strategic Studies of the private Bahçeşehir University in Istanbul publishes provocative maps that present the Turkish theories about "gray" areas in the Aegean Sea. 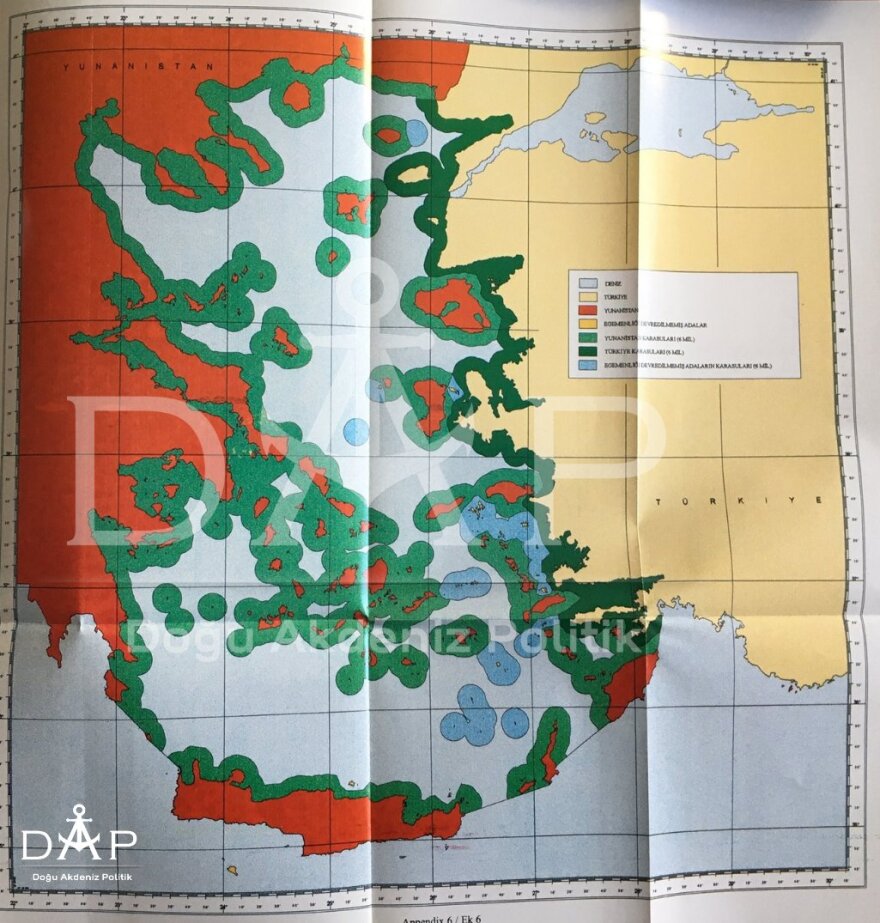 The "gray" zones of Ankara

The theory of "gray zones" in the Aegean Sea was first proposed after the 1996 Imia Crisis, when Turkey, through a diplomatic statement to Greece, spoke directly about an unspecified number of islands for which there is supposedly no clear legal status.

A year earlier in 1995, the famous casus belli had preceded in case Greece proceeded to extend its territorial waters to 12 nautical miles in accordance to the 1982 International Convention on the Law of the Sea.

Ankara's next move was to fully record their "gray" allegations, codifying the disputed areas in the infamous "EGAYDAAK" list, which includes a total of 152 islands and islets in the Thracian, Aegean, Cretan and Libyan Seas.

The list of "EGAYDAAK" claims was included in the textbooks of the War Academy and since then it has been essentially a dogma of Turkish foreign policy.

It is worth noting that the "gray zones" - and the Turkish argument around them - were set by Kemalist - secular Turkish governments with the "OK" of the military leadership that was powerful in the 1990s. 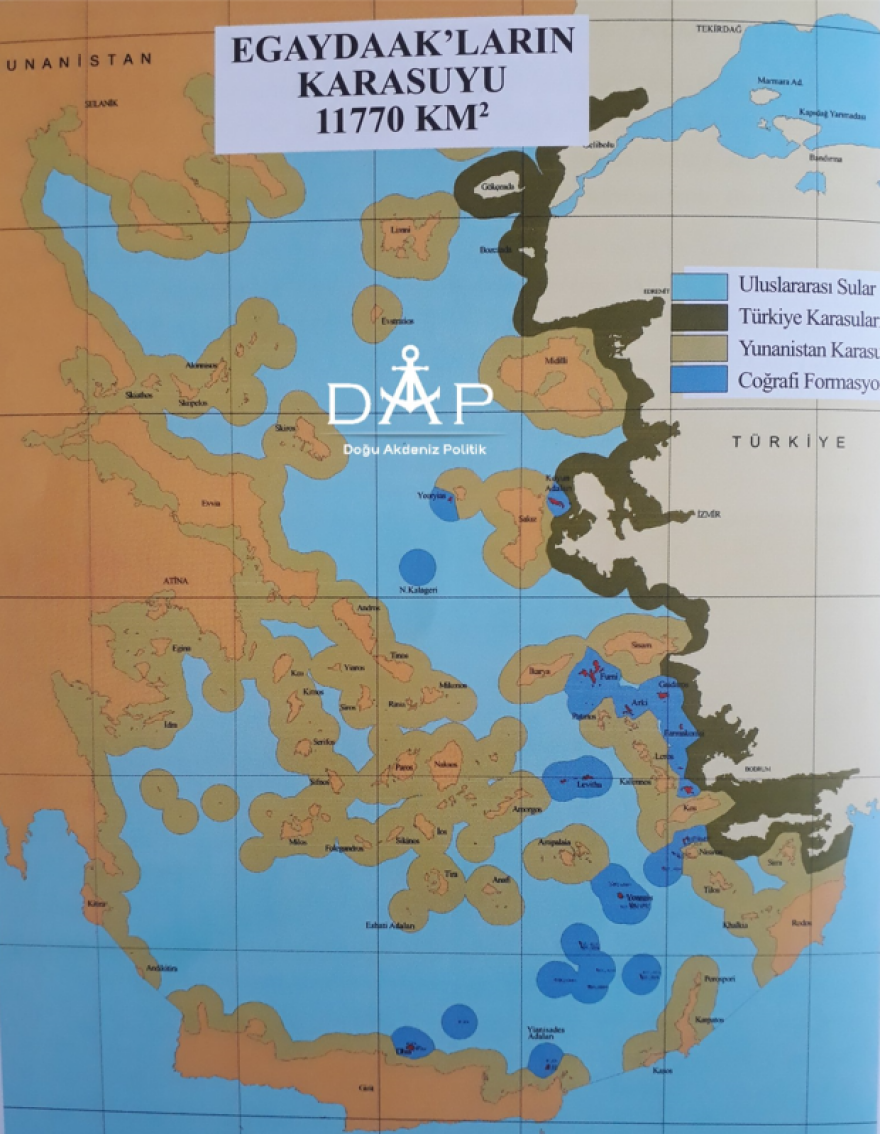 Turkey claims that in the Treaty of Lausanne (1923) that ratified Greek sovereignty over the eastern Aegean islands - which had been liberated during the First Balkan War (1912-1913) - as well as in the Paris Peace Agreement (1947), with which the defeated Italy ceded to Greece the Dodecanese islands and islets, there is a disputed status.

Amazon documentary claims Jesus was Greek and not Jewish