New delusion against Greece by Turkish opposition newspaper Sözcü, which denounces Greek President Katerina Sakellaropoulou for visiting islands that – according to the provocative allegations of the publication – are under “Greek occupation.”

“The President was welcomed with a military ceremony in the port of Gavdos, while she greeted the Greek flag brought by Greek soldiers to the island,” he continued.

“The president was accompanied by two priests appointed by the Greek Patriarchate of Constantinople in Gavdos,” the journalist added. 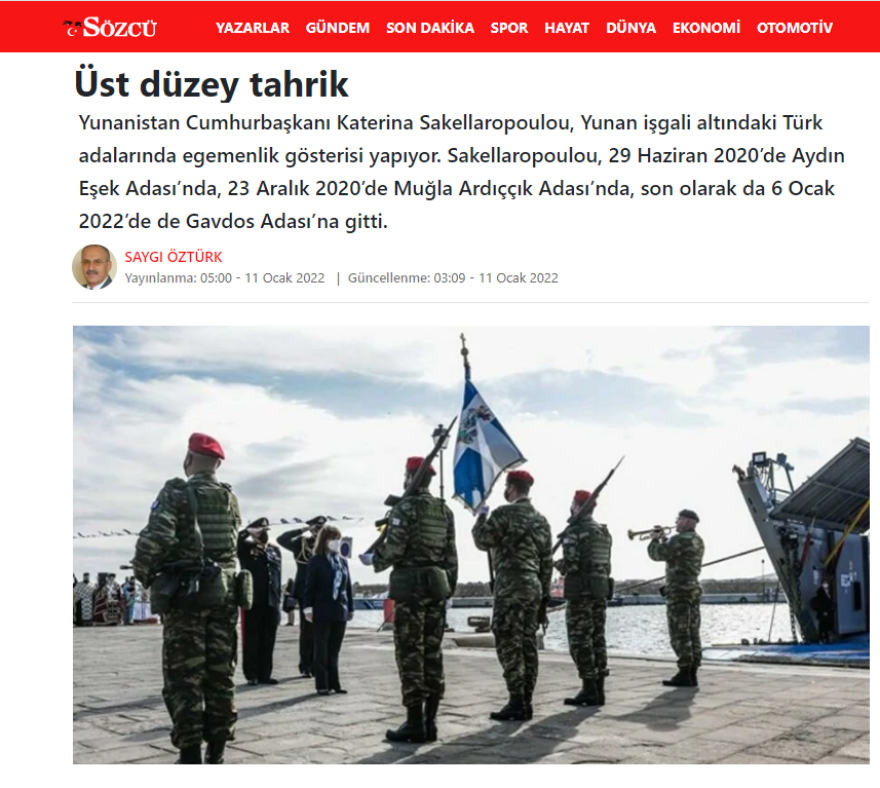 The Turkish journalist quotes a statement by the former Secretary General of the Ministry of Defence, retired officer and geopolitical-military analyst, Ümit Yalım, one of the leading reviewers of the status quo in the Aegean and the Eastern Mediterranean.

Yalım recalled that in 1996 a Turkish admiral had prevented the Greek navy in the area of ​​Gavdos.

“The island of Gavdos, which is one of the 20 Turkish islands occupied by Greece, is of strategic importance,” Retired Colonel Ümit Yalım said.

The Sözcü is a Kemalist newspaper with incendiary articles against Greece, which recently falsely claimed that the Greek and Turkish Coast Guards clashed in Imia.

The Times now in favour of returning Parthenon Sculptures: "They belong to Athens, they must be returned!"

Health Minister Plevris: The COVID-19 pandemic will peak in Greece in the coming weeks