The small-bodied species of the Skyrian horse, whose origins go back to Ancient Greece, is one of the rarest horse breeds in the world.

It was native to Greece, and in ancient times lived throughout the country.

Currently it is estimated to only be about 300 Skyrian horses left in the world, of which over 220 live in Greece. Of the 220 horses in Greece, 152 of them live on the Sporadic island of Skyros.

The Skyrian horse is a protected species and the Skyrian Horse Society is a non-profit organisation set up in 2006 with the goal of ensuring a pedigree is developed for the horse.

The Skyrian horses are friendly, social, robust, intelligent animals; they are particularly friendly breed with a maximum height is 116 cm. and body-type is similar to that of the large horse.

The head is handsome and the mane is long and richly coloured – usually in a hue darker than skin colour.

A particular characteristic are the hairs on the fetlocks, the so-called feathers. Colour is usually a brown-red or chestnut hue, sometimes white or grey-brown, rarely blond.

The Skyrian Horse (Eguus Cabalus Skyros Pony) is one of the native races of horses that lived all over Greece in ancient times, and there is a theory that it is a representative of the Pindos Pony family.

Ancient legend has it that they are a descendant of the horses that Achilles took with him to Troy, and linked to the horses of Alexander the Great and those shown as participating in the Panathinea procession depicted on the Parthenon’s Frieze. 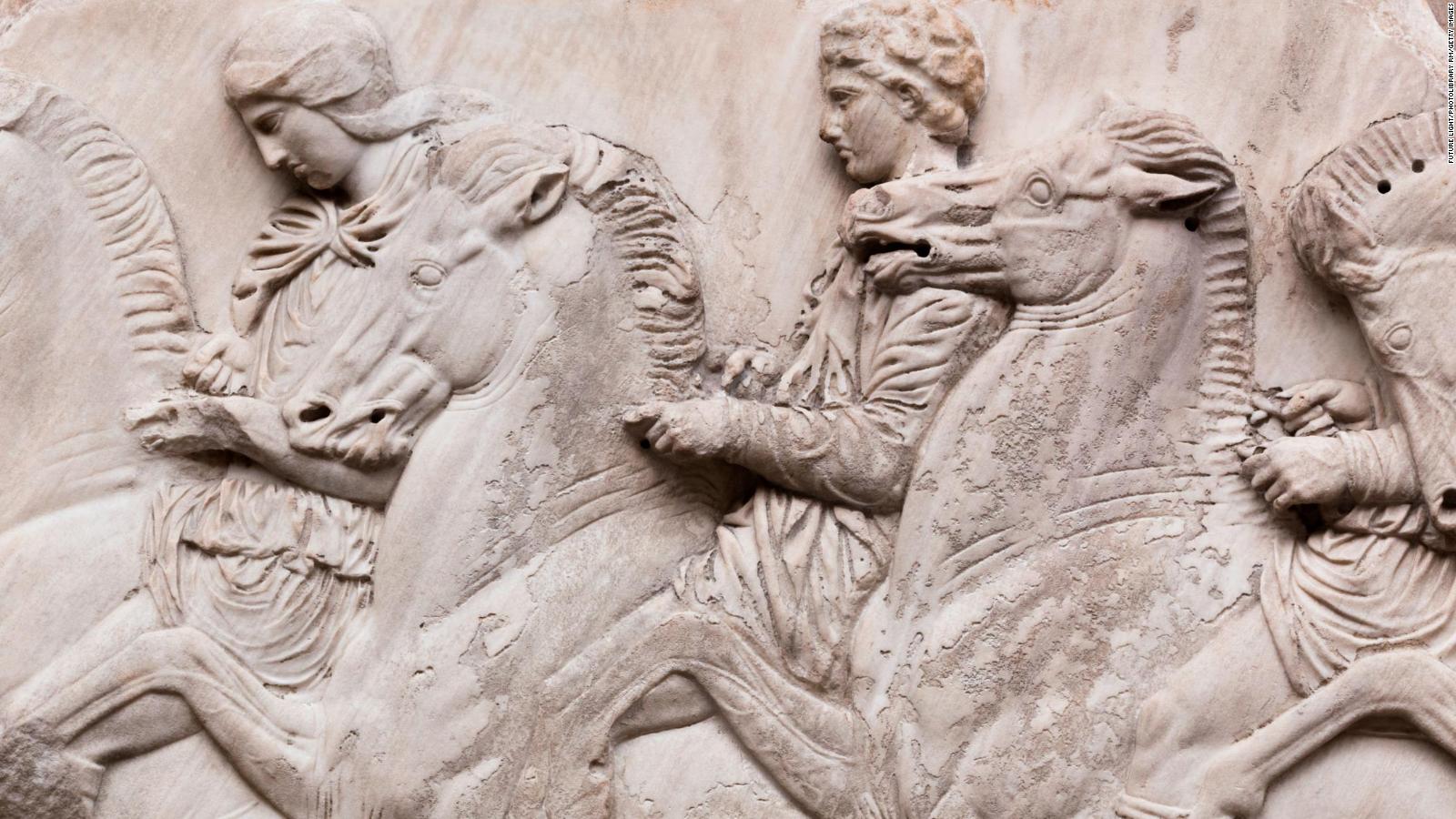 Some scientists believe that the Skyrian horses are related to mountain, small-bodied horse races that migrated from Alaska along the Siberian Plateau and reached Europe some 12,000 ago.

It is thought that they were brought to the island of Skyros by Athenian immigrants in the 5th century BC.

Greece-Israel-Cyprus EastMed pipeline freezes: The US gift to Turkey

ELVO: The Greek vehicle manufacturer is back operation