The Greek traditional diet has been characterised as the most balanced, contributing to the protection of our health from a number of chronic and acute diseases, including cancer - and olive oil is key to this.

A new Greek study published in PLOS One highlights the value of a top ingredient in the Greek diet in cancer prevention.

The research team comprised of the Therapeutic Clinic of the Medical School of the National and Kapodistrian University of Athens (EKPA) at the "Alexandra" Hospital, headed by Theodoros Sergentanis and Theodora Psaltopoulou and with the participation of Christos Markellos, Ouaglias, Mariavos and Maria-Le.

They conducted a review of already published studies to confirm whether olive oil can play a role in reducing the risk of cancer.

Greece ranks third in the world - after Spain and Italy - in the production of olive oil, but quality controls have highlighted the superiority of the Greek product in terms of taste and nutrients.

Greek researchers therefore looked at the scientific bases of PubMed, EMBASE and Google Scholar and identified 45 clinical trials suitable for inclusion in their meta-analysis.

READ MORE: What did the Ancient Greeks eat every day?

The 37 included a control group and involved a total of 17,369 patients and 28,294 people for comparison and the other eight were observational studies, in which a total of 929,771 people took part, and of which 12,461 had developed cancer.

Increased consumption of olive oil was associated with a 31% lower risk of developing any malignancy in general , and in particular of the breast, digestive system, upper gastrointestinal tract and urinary tract.

In fact, this was true for both participants in the studies who were of Mediterranean and non-Mediterranean descent. 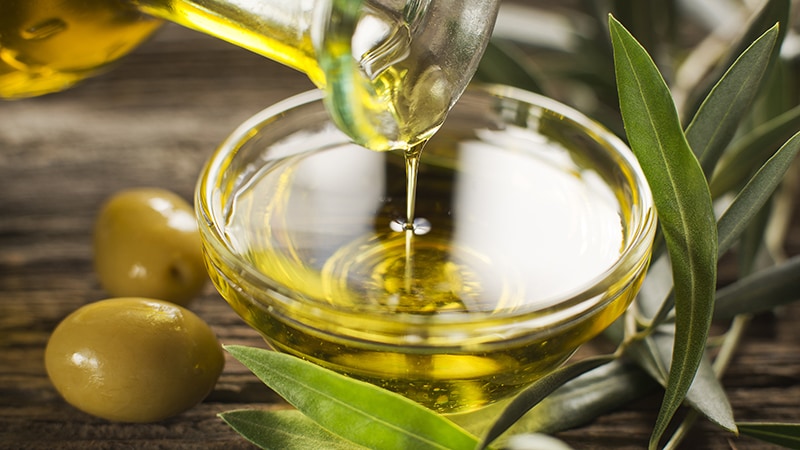 "Consumption of olive oil seems to have beneficial effects in terms of cancer prevention. Additional prospective observational studies in various types of cancer and survivors, as well as large randomized trials, should be developed," the researchers said.

Olive oil is rich in oleic acid and other antioxidants, such as polyphenols, flavonoids, vitamin E, provitamin A, minerals and trace elements. All these micronutrients act as antioxidants and protect the body from damage caused by the oxidation of free radicals.

Panagiotis Halvatsiotis, a member of the research team speaking to Ygeiamou explained that "the conclusions of the meta-analysis published in the prestigious medical journal PLOS ONE, certify the protective action of olive oil in the development of various types of cancer."

READ MORE: Why Greek Olive Oil is the Ultimate Superfood.

He noted that "the Beneficial effect of pure virgin olive oil has to do with its high content of monounsaturated fatty acids and antioxidants that reduce the oxidative load in the body and protect our DNA from mutations that lead to carcinogenesis." "The Koroneiki variety of olive oil are proven to be the richest in the world in antioxidants and therefore, in addition to protecting our health, it can also contribute to the national economy, provided that the State undertakes all those initiatives to promote 'liquid gold' produced by the Greek land over the centuries," the researcher concluded.

Mary Bibi is a writer for Ygeiamou.gr

Antikythera Mechanism: They found the password and unlocked its secrets for the first time