Rafale-mania prevails in the Air Force in view of the arrival of the first six Frencg-made fighter jets on Wednesday, according to Proto Thema.

Wednesday's arrivals will be the first six of a total of 24 twin-engine fighter jets equipped by the Air Force that Greece has purchased.

It will be preceded by a flight of about two and a half hours, without a stopover, directly from Istria, France to the 114th Battle Wing in Tanagra.

READ MORE: Chief of Greek military flew in a Rafale fighter jet during trip to France: “I felt in awe” – See the photos.

The Rafale has a range of 2,800 miles, a much larger fuel capacity, two engines first introduced as part of an Air Force fighter system, an extremely powerful electronic scanning radar and the capability to carry two Exocet missiles.

At the helm of the six Rafale F3Rs, four of which are single-seater and two two-seater, will be Air Force pilots with the rank of commander and lieutenant.

These are experienced pilots of the Air Force who in the last 12 months - that is, immediately after the signing of the contract for the supply of the first 18 Rafale - are trained in the handling of twin-engine French fighters.

The two two-seater Rafale will be co-piloted by French Dassault instructors, who will remain in Greece for some time to assist in the training of the youngest Greek Top Gun pilots in flight with the most modern fighter ever acquired by the Greek Air Force.

Before landing at Tanagra base, the six Rafale's will fly over the Acropolis, thus addressing an honorary salute to the eternal symbol of Hellenism.

From the moment the Greek Rafale will enter the Athens Flight Information Region, a pair of Mirage 2000-5 aircraft will fly wing-by-wing next to the twin-engine fighters until their landing time in Tanagra, which is scheduled for 12.30.

Eight of the first 12 Greek pilots who have been introduced to the secrets of operating Rafale's have already completed their training.

In fact, four of the first 12 who were trained in the flight with the twin-engine French fighters and have been certified as trainers.

In the coming months, they are expected to undertake the training of pilots who have already received transfers for the 332 Squadron.

From January 20, the 332 Squadron will have the most modern fighter aircraft of the Air Force. 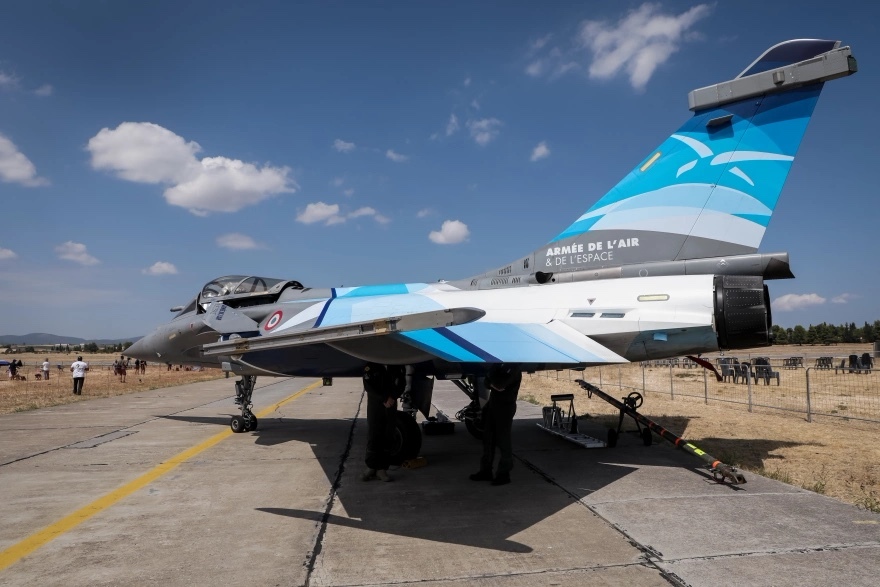 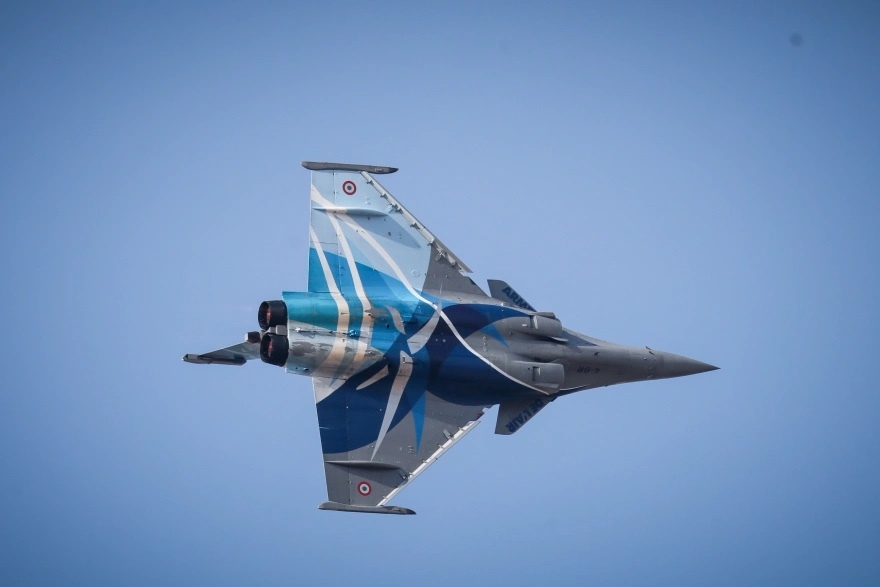 The buildings and sheds of the "Geraki" Squadron at Tanagra Air Base were renovated and modernised so that everything is ready for their reception: from the workshops to the shelters where the French-made Rafale will be stored when they are on the ground.

Almost 50 Air Force technicians have already been trained in their maintenance, inspection and repair following a special training program at the Bordeaux-Mérignac Air Base base in France with experienced technicians from Dassault.

There is excitement in the 114th Battle Wing in Tanagra, but also in the entire Air Force.

The Rafale are considered the aircraft that will put the guards of the Aegean into a new era.

The cost for the purchase of 24 Rafale together with their weapons, spare parts and other materials reaches 3.3 billion euros. 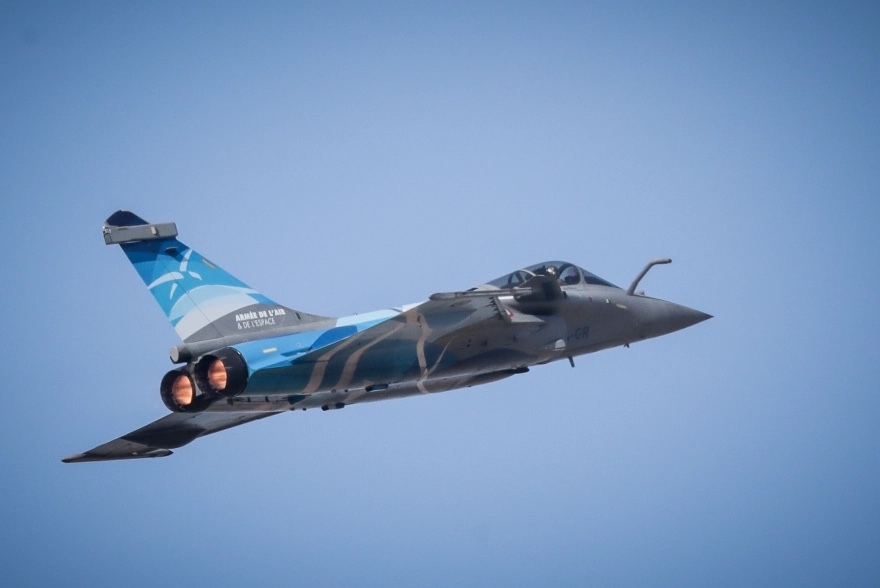 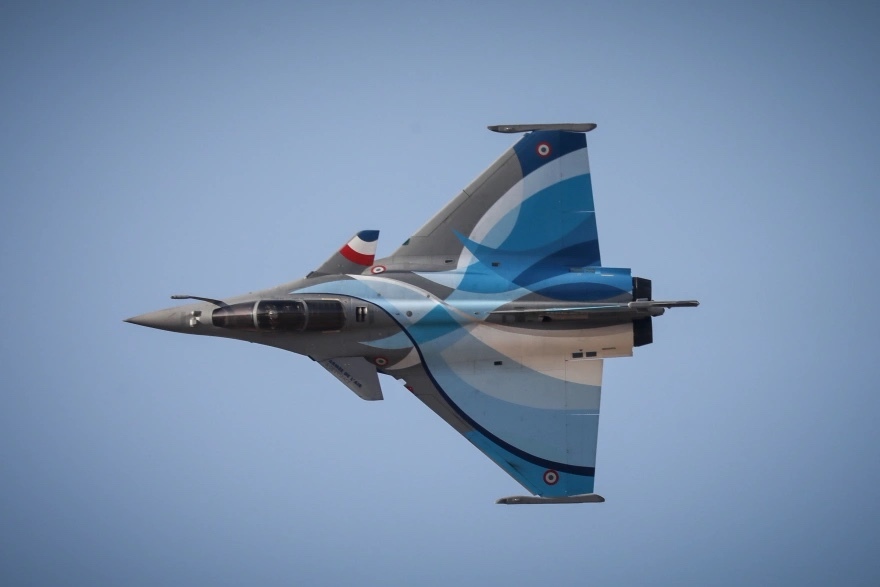 A total of 2.32 billion euros will be spent on the first 18 Rafale (six new and the other 12 second-hand used by the French Air Force) and their weapons, with an additional contract expected to be signed in the coming weeks to purchase another six new jets.

As much as Turkish Defence Minister Hulusi Akar laments, saying that Athens buys used fighter jets and that it is a futile effort to balance the power balance with Ankara, the capabilities of the French Rafale will significantly upgrade Greece's capabilities.

The Rafale will carry the same air-to-air weapons carried by the Mirage, namely the Mica ER / IR and the Mica EM, in larger numbers.

In addition, they can carry the Meteor missile, which has a longer radius than the US Amraam missile.

The Rafale is superior to the F-16s in terms of range, length of stay in the skies, ability to carry a load of cargo, flexibility and survival, as they have two engines compared to the F-16s that have one.