In a post on social media, Albanian Prime Minister Edi Rama responded to the shots he received in the last few days for the fact that he welcomed Turkish President Tayyip Erdoğan to Tirana.

But this was not on any day, but on the same day that 554 years had passed since the death of the national hero Skanderbeg, who was a sworn enemy of the Ottoman Turks.

The Albanian prime minister claimed that the date of the Turkish president’s visit last Sunday coincided by coincidence.

Rama stressed that it had nothing to do with the fourth Siege of Krujë and its occupation by the Ottomans after Turkey signed the “Eternal Friendship Agreement” with Albania 100 years ago.

Among other things, Rama wrote: “Commenting on the visit of the President of the Republic of Turkey, some friends here did not hesitate to insult and accuse in the name of Skanderbeg!”

“Coincidentally, [Erdoğan’s] visit coincided with the day of the death of our National Hero, which was learned on this occasion by those who order to ignite the flames of digital or oppositional patriotism, which is lit every time I meet the ‘occupier’,” he added.

The Albanian Prime Minister then praised Turkey and Erdoğan for the help they have provided Albania over the years.

Calling the Turkish president a “proven friend” of his country, Rama reminded his compatriots of donating vaccines to fight COVID-19 from Turkey.

He also described the Balkans as a “fish without water” in regards to the pandemic. 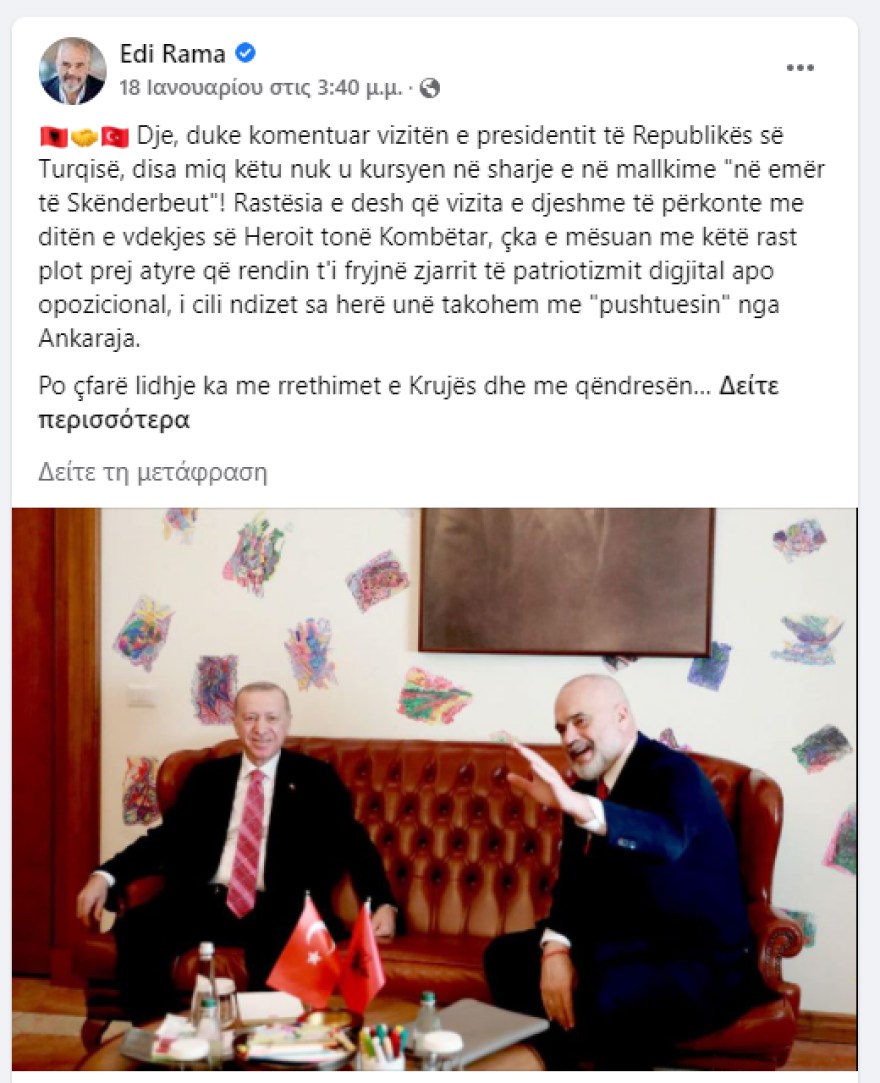 Meanwhile, the so-called historian, Elena Kotsaki, reached a new low after accusing Greece of “stealing history from other peoples by manipulating it” and said that Albanians are “the only heirs of ancient Greece”.

Responding to a book by Professor Panagiotis Barkas which raises doubts about the Albanians, the origin of Skanderbeg and the national flag of Albania, Kotsaki launched an attack against the author, the book and Greece.