A Pakistani was finally sentenced to seven years in prison sentence after a string of violent attacks against women, Olympia reported.

His last victim, a girl who was going to visit her mother, was in danger of losing her life from the terrible blows she received from the Pakistani who also tried to rape her.

If a cyclist was not by chance a short distance away to intervene, the woman would be dead.

But the most horrible thing is that another 16 girls were victims of his too.

The life of the unfortunate woman has been ruined, since her injuries are so serious that even today, a year later, they have not healed.

In fact, it is not the only incident in the area.

Despina Platanaki was attacked by the Pakistani man with a knife, who also attempted to rape her.

These were the words of the unfortunate girl a year ago:

“The perpetrator is a Pakistani, around 32, who is familiar to me as he had gone to the barber shop two or three times.

“He does not speak Greek well and communicates with… moans.

“That night, around 8:00, it was raining and I was getting ready to close the barber shop.

“Suddenly I saw him outside the store and I stopped him from entering the shop because I was closing.

“But he was shouting so he could go in. I denied him three times, but he came in and grabbed his genitals!

“I was stunned and made sense for him to go to road because I would call the police, and so he left.

“I closed the barber shop and went to my mother’s house to sleep.”

Platanaki said that she went to her mother’s house and parked the car, but a camera recorded the Pakistani moving there five minutes before she arrived.

“I got out of the car to go to my mother, while I did not hear any footsteps because of the drizzle.

“Suddenly I felt a head lock behind me. I turned abruptly and saw him despite the darkness.

“He started beating me furiously, kicking and punching me, and tearing my clothes, while he was punching me in the chest, buttocks and genitals!

“Despite the shock and terror, I reciprocated the blows as much as I could.

“‘Better dead than raped,’ I thought.

“I suddenly remembered that I had a laptop and money from the company where I work, and I sat down, holding a computer and a bag on me, while he was pulling out a folding knife!”

READ MORE: Pakistani in Kalivia arrested after being seen with his pants down around children.

In her paralysis from the horrible pains, as she had a broken nose, three broken teeth, bloody ears and a head full of carobs, she realised that a few metres away a cyclist was passing by. 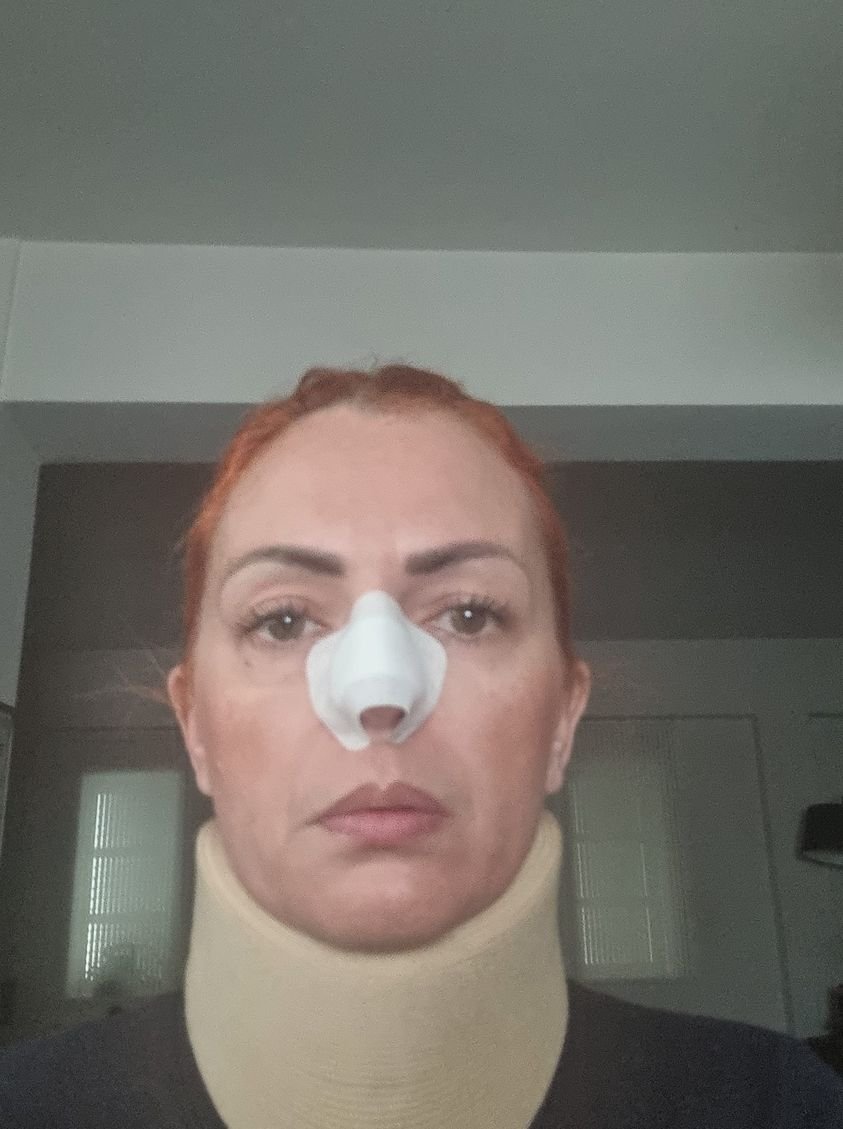 “The man threw the bike and started chasing the Pakistani, who ran away.

“When my rescuer saw that he could not catch him, he turned to me and told me to go with him to the hospital and the police station, but I had a panic attack and was ashamed, so I refused.

“I thanked him and asked him to go to his house because it was raining.

The next day, however, she went to the Ierapetra Security Department, where she filed a lawsuit for sexual abuse, attempted homicide and causing bodily harm.

“Until yesterday, the perpetrator had not been located, however he was identified by me and five other women, who had not made any complaints,” she pointed out.

In a post on social media, Despina Platanaki asks for the help of her fellow citizens to find her saviour, while she calls on women who have been victims of similar incidents to speak without being ashamed.

A year later, the perpetrator was finally sentenced to seven years in prison, while the remaining cases for which he has been identified are pending.

Mitsotakis: We do not need anyone's permission to acquire Rafale fighter jets