The statue of Greece's national hero, Theodore Kolokotronis, was vandalised by unknown persons on Friday night in Athens, following a protest in the Greek capital in support of 24-year-old rape victim Georgia Bika.

As can be seen in the photos, the perpetrators spray-painted the statue of Kolokotronis, the statues in the Propylaea, Syntagma Square, banks and planters with slogans against rapists.

The images are disgusting and the damages incur a high cost for their restoration, Proto Thema reported.

However, the cleaning crews of the Municipality of Athens were activated early and immediately repaired most of the damage. 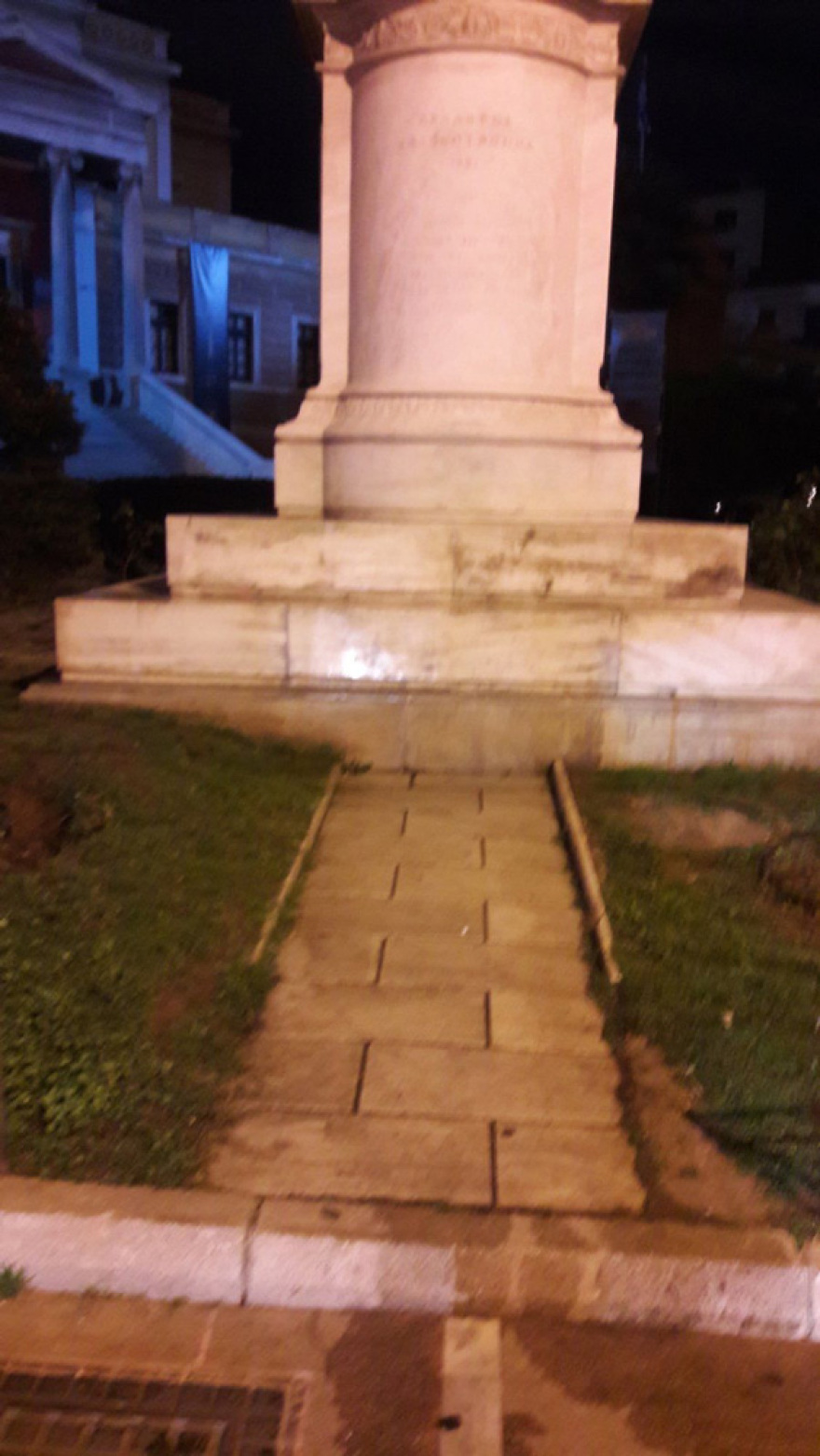 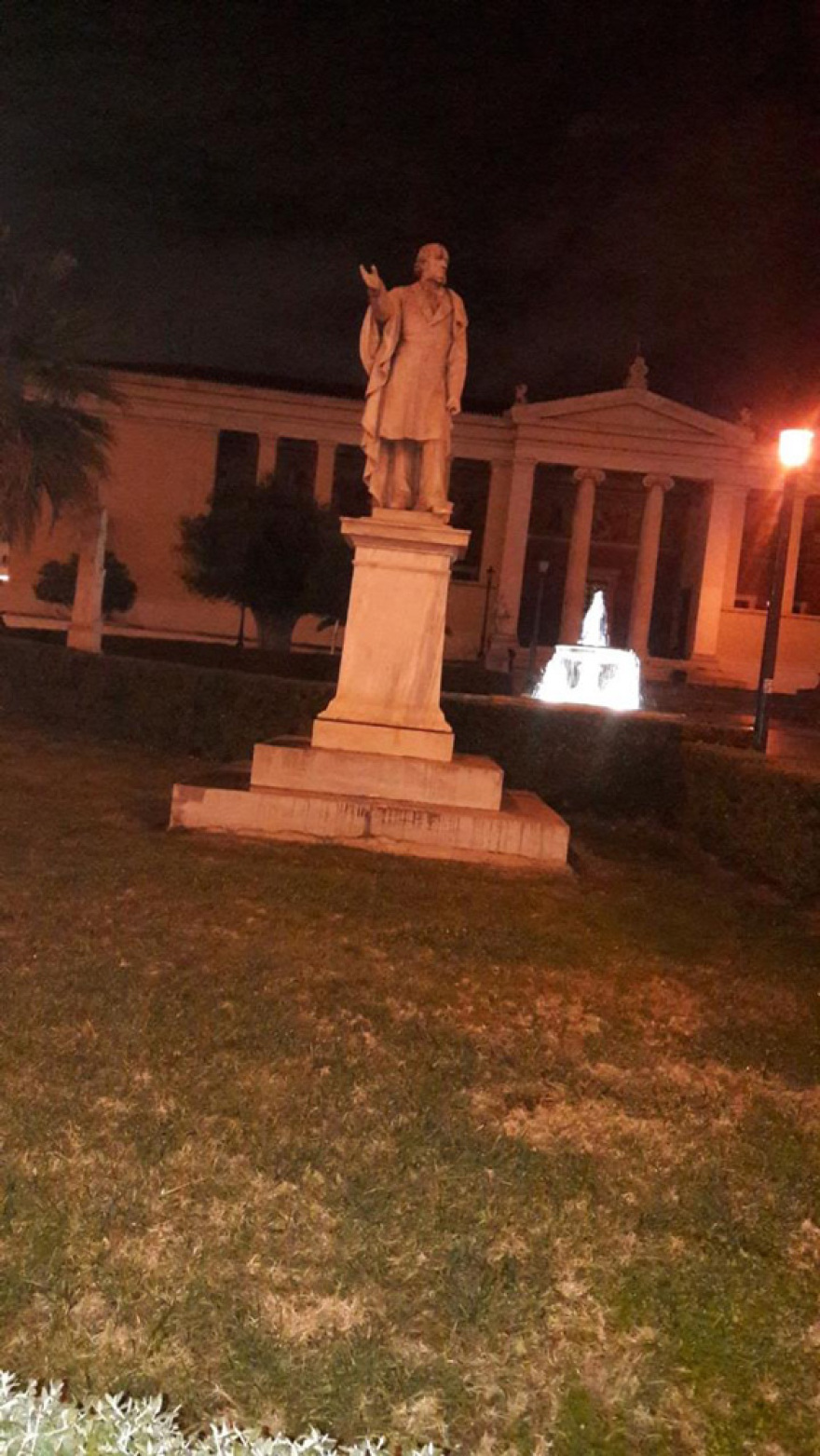 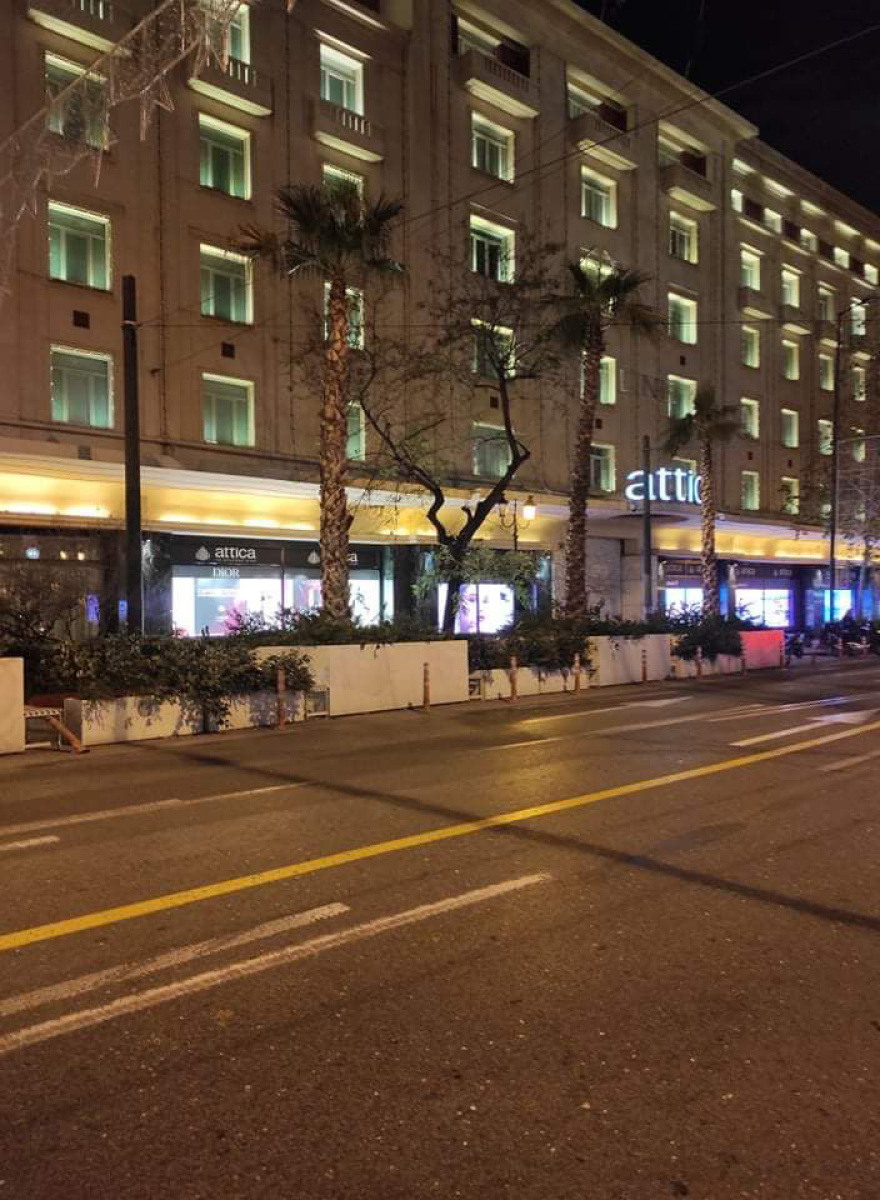 Prosecutors in Thessaloniki launched another investigation into the rape of a woman by three men at a New Year’s party in a luxury hotel in Thessaloniki.

The 24-year-old woman claimed that when she went to the police to report the rape, the lawyer of one of the accused pressured her to withdraw the complaint.

“He was trying to shift the blame on me, saying he knew things and that things weren’t the way I had said they were,” the woman said.

In a statement, the lawyer denied he had been in contact with the complainant and said the allegations do not reflect his “principles and ethics.”

Opposition party SYRIZA said it suspended the lawyer until the case is clarified.

Disappointed with the member, SYRIZA said that while the lawyer had the right to represent clients, “he cannot be involved in victim blaming."

Most disturbingly, investigations into the rape allegations have been extended to Cyprus, where the alleged pimping ring at the center of the case is also said to be active.

Investigations are ongoing, police said on Saturday, after an activist in Athens said there is information about the alleged movement of women for sex purposes from Cyprus to Greece and Dubai.

Ilias Gionis has also spoken of the involvement of underage children, about evidence as regards the names from Cyprus, including politicians, as well as transactions with businessmen in Cyprus.

The Cyprus connection followed the intervention of Opposition Akel MP Christos Christofides who had contacted the well-known social media activist.

A 27-year-old businessman arrested in Athens in the Thessaloniki case is reportedly related to a wealthy Greek Cypriot family, In-Cyprus reported.

Gionis who has played a key role in uncovering sexual abuse cases in Greece made clear he is willing to talk to Cyprus authorities and provide any evidence regarding Cypriot involvement in the sex trafficking ring.

READ MORE: A priest was arrested in Kato Patisia for sexually assaulting a minor.