The majority of Greeks Islanders in the Aegean Sea believe that the situation of illegal immigration is "under control," a far cry from when a similar survey was conducted in 2020.

One of the main findings of the a GPO survey conducted by Aeolos TV is that citizens see a clear improvement in the immigration situation in their country.

When asked if they consider the situation on their island to be under control, 78.1 percent said yes (yes, mostly yes) and only 20.4 percent said no (no, mostly no).

It is characteristic that in a similar question in September 2020, the answers of the citizens was completely different as 49.1% had answered that the situation in their place had worsened.

Only 27.5% answered that it had improved in the September 2020 survey.

Finally, 62.2% of islanders believe that closed structures are the solution to the problem.

The survey was conducted between January 13-15, and involved 700 citizens who responded by telephone. 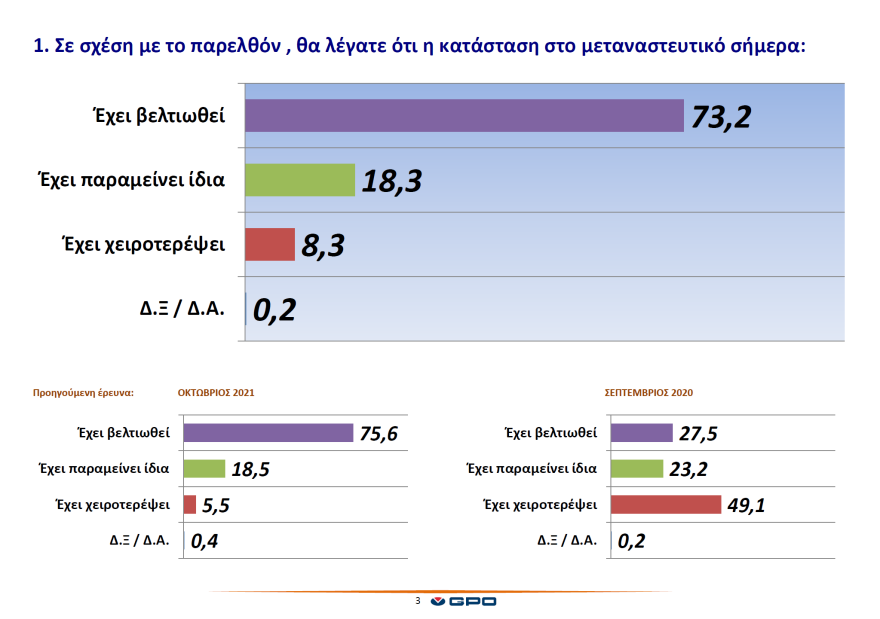 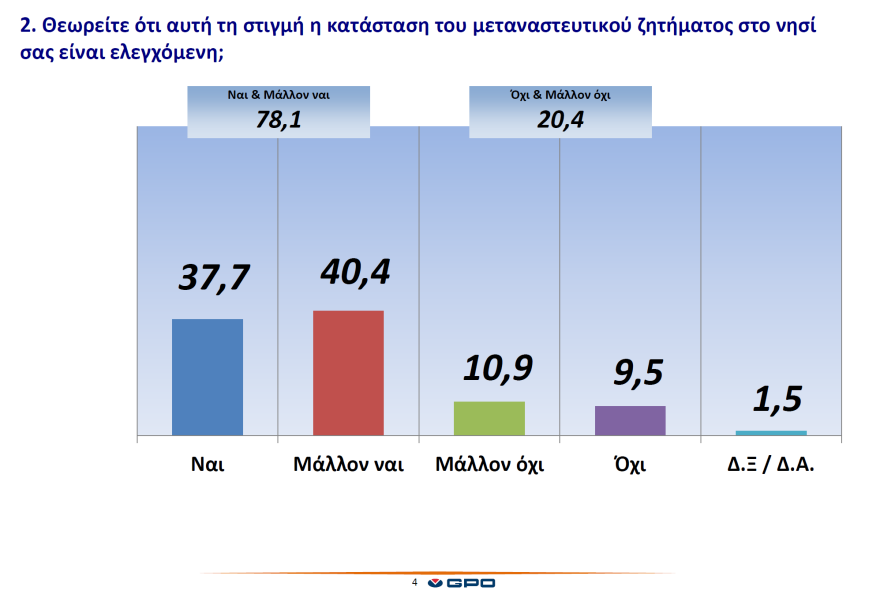 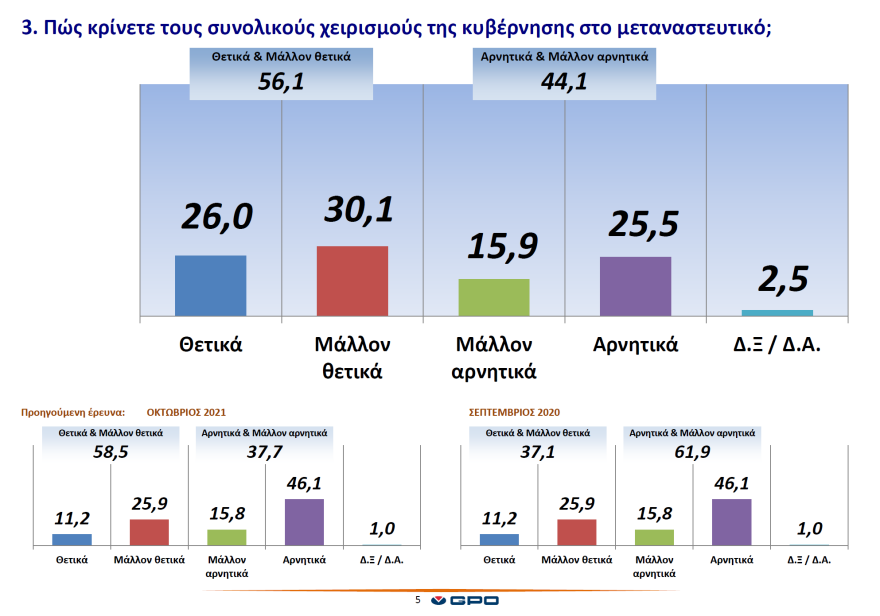 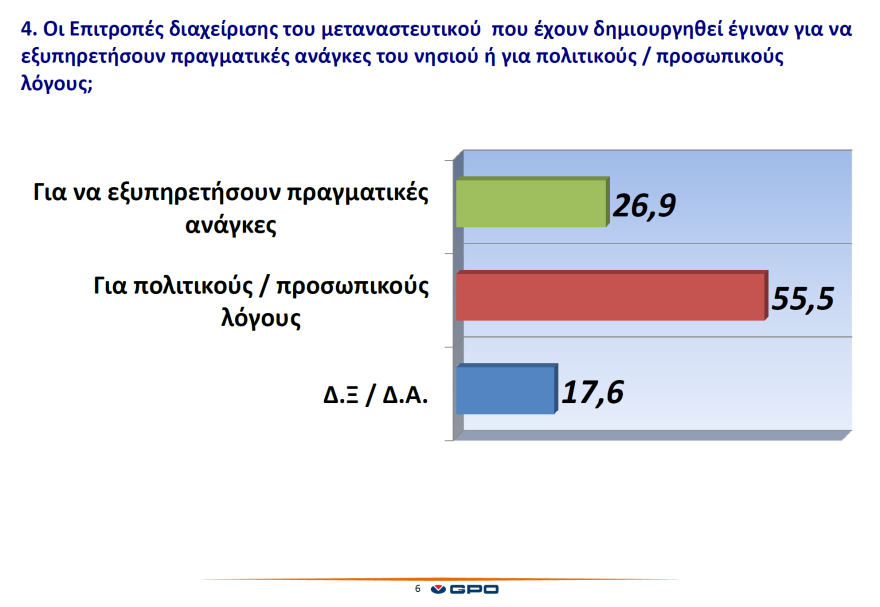 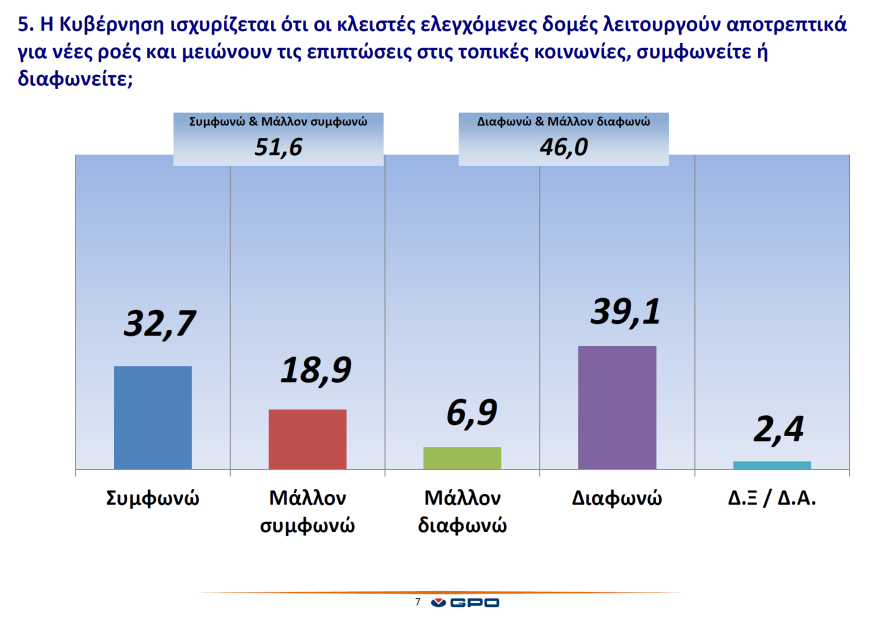 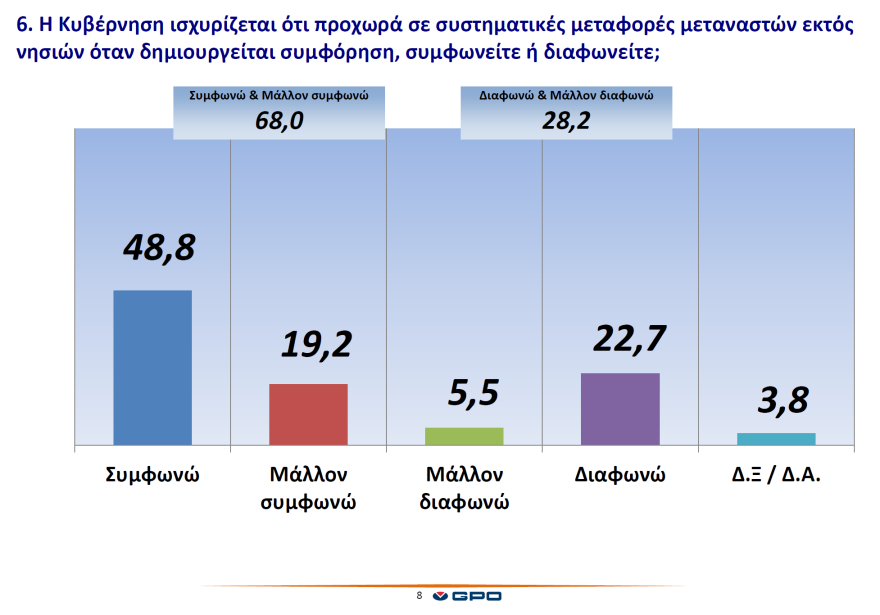 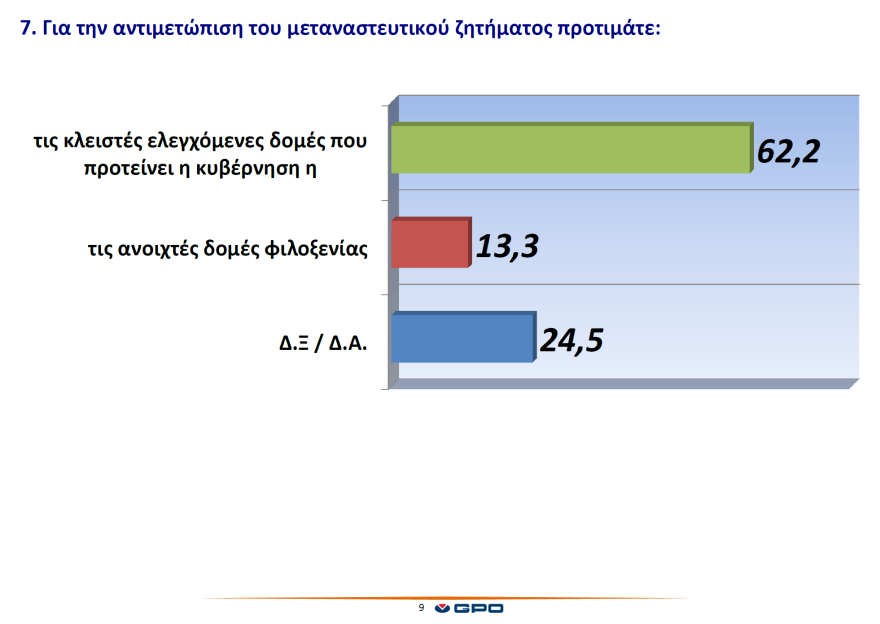 The number of refugees and migrants arriving on the Greek Aegean Islands in 2021 has reached its lowest level since the start of the migrant crisis in the mid-2010's.

According to the UN refugee agency UNHCR, 4,109 people crossed from Turkey to the Greek Islands in 2021.

At the height of the migrant crisis in 2015, 856,723 people took this route and arrived on the islands of the Eastern Aegean Sea, mainly on Lesbos, Chios and Samos.

The drop in migrant arrivals in recent years is also a result of strict patrols by the Greek coast guard on its sea border with Turkey, which were stepped up in 2019.

According to the UN migration agency's Missing Migrants project, at least 1,847 people have died on the eastern Mediterranean route since 2014, many of whom were believed to be headed towards Greece.

READ MORE: Georgios and Maria: What are the most popular names in Greece?

In December alone, at least 30 people drowned in the Eastern Mediterranean, according to the Greek coast guard, as the number of shipwrecks has been rising.

The causes often include engine failures or leaks on the often unseaworthy boats that smugglers sell to people, as well as harsh weather conditions.

The Greek government in 2021 also launched an initiative to take most of the migrants living on the islands to the Greek mainland.