Despite the Elpis snowstorm, which has covered Attica in snow since Monday morning, a group of boys decided to brave the cold by going for a swim at Palaio Faliro.

The weather conditions may have created electricity problems in many areas of Attica, trapped thousands of drivers on the roads and delayed flights, but there are many who had fun.

Besides, Attica is not often dressed in white, which is why some people chose to take advantage of it.

A group on Tuesday morning decided to dive into the icy waters of Palaio Faliro for a unique experience.

In photos taken by Eurokinissi, it seems that they had a lot of fun in the snowy landscape.

See the photos of those who braved the cold to swim: 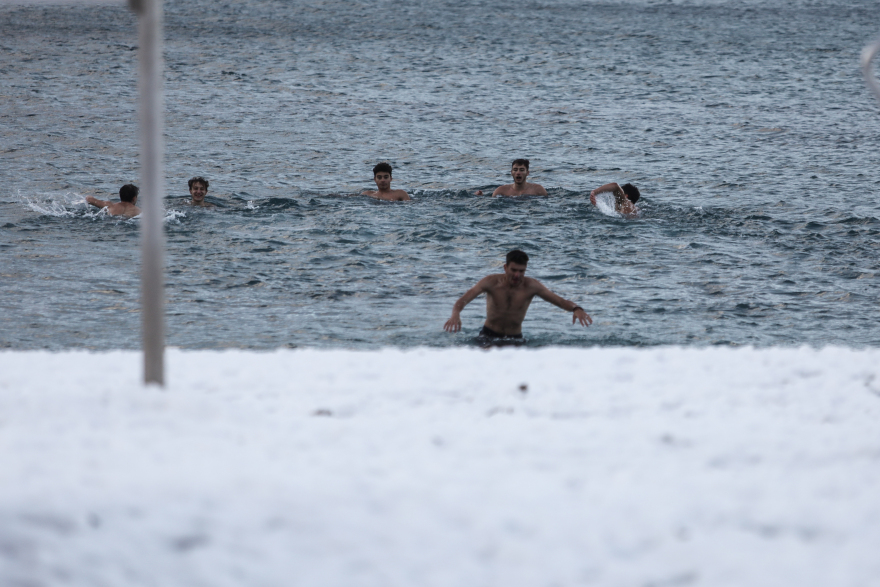 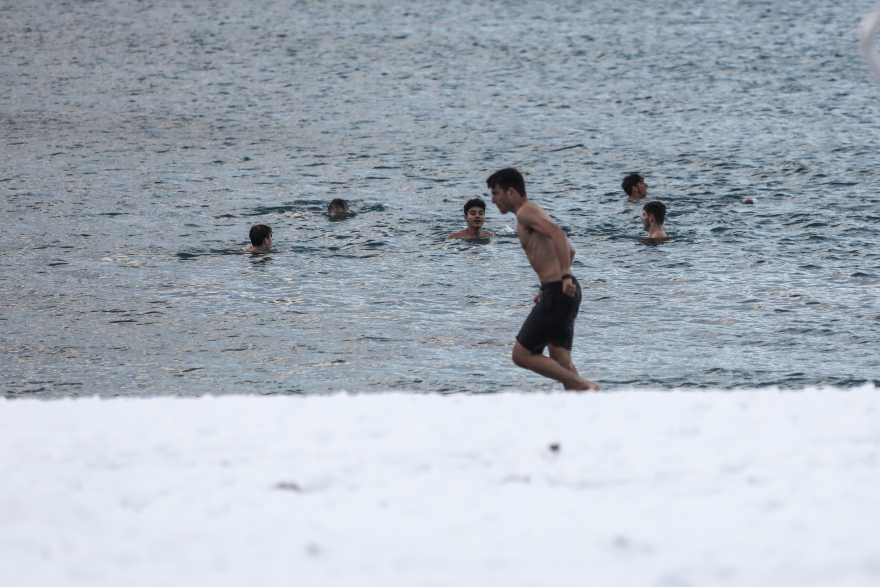 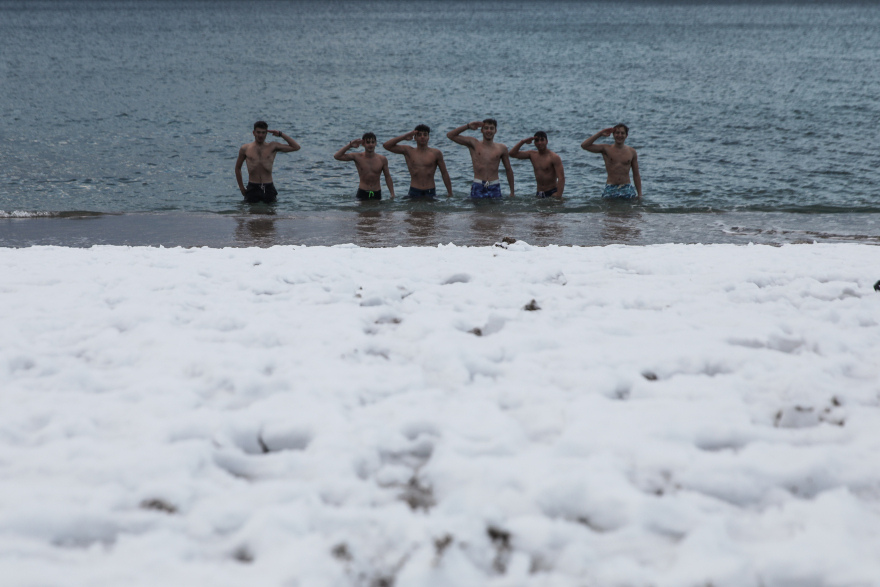 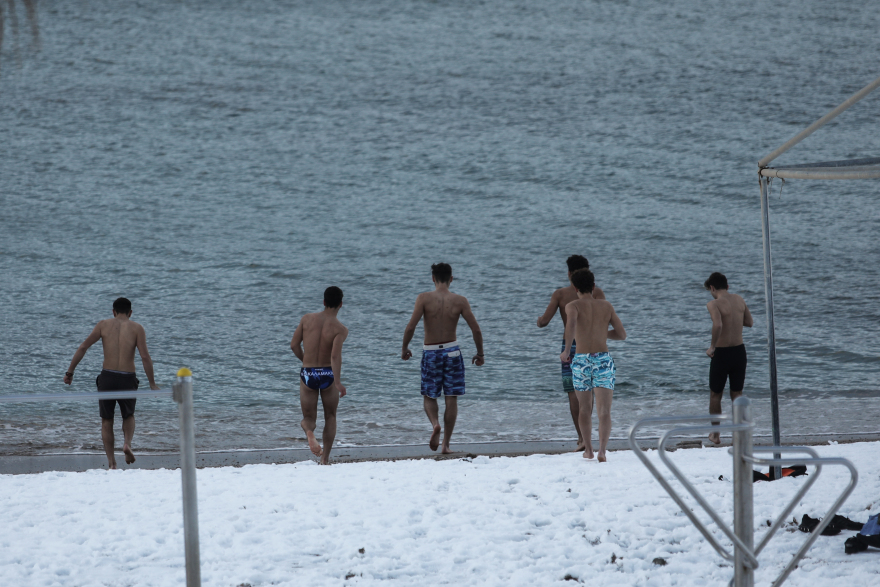 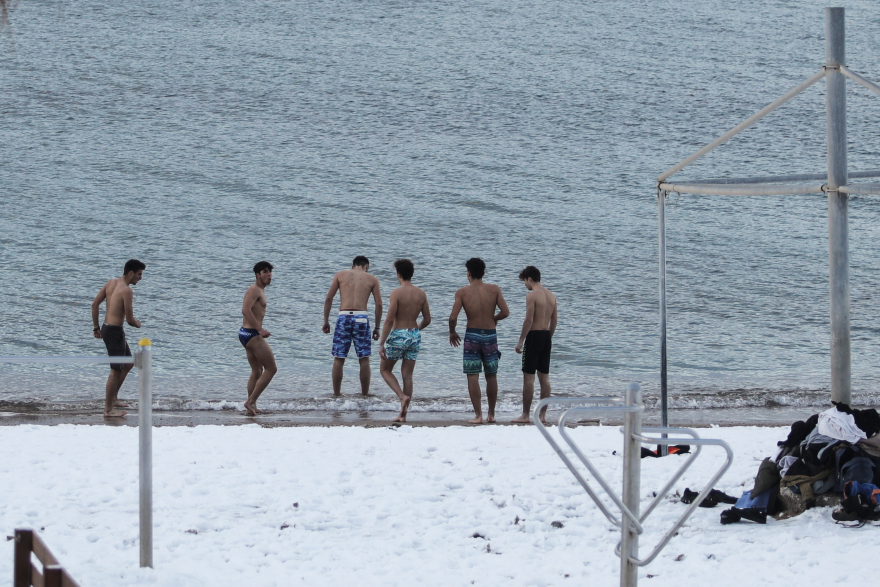 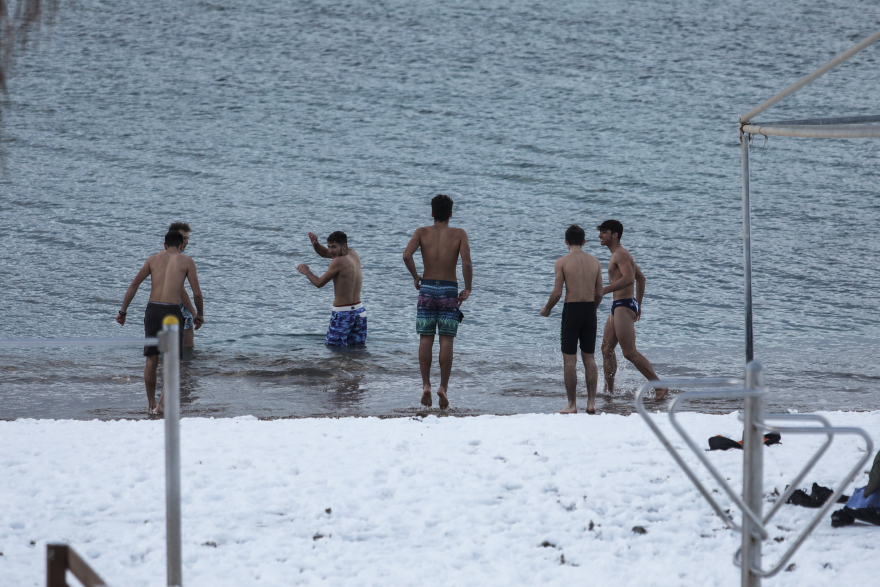 Meanwhile, government spokesperson Yiannis Economou said on Tuesday, when speaking on Alpha television, that “it was a very very difficult night and a superhuman extraction effort is underway on Attiki Odos.”

“The police, the army, the fire brigade, civil defence, working constantly through the night, managed to extricate roughly 1,800 vehicles. Another 1,200 vehicles are still there.

“About 3,000-3,500 people were transferred during the night. Crews on foot were there to distribute blankets, water, food.

“The Proastiakos Railway was constantly taking people from the exit points to carry them to the airport.”

“Obviously, a number of things did not go well. We are still at the start of managing the situation and the major issue at this time is to extricate the people that are trapped so that they all get home safely,” he continued.

“Beyond that, there is obviously a huge issue of who bears responsibility, which will be investigated and attributed.

“There is no possibility that this ordeal that our fellow citizens went through in a closed motorway in Athens in the year 2022, who were stuck there for hours, will be set aside without very clear explanations given on all levels, by everyone, about what was to blame and what happened.”

According to the spokesperson, the weather phenomenon was extremely intense and arrived unexpectedly and earlier than forecast in Athens.

He noted that the situation was still in a very difficult phase, given the forecasts of renewed problems soon.