The recent declassification of Soviet-era documents from the Russian state archives brings to light unknown details about the catastrophic Greek Civil War (1946-1949) to light.

According to these documents, the Soviet Union supplied partisans of the so-called Provisional Democratic Government and its associated Democratic Army with captured German weapons from World War II.

This was despite the fact that at the Yalta Conference in 1945, Moscow had agreed that Greece would belong to the Western sphere of influence after World War II.

According to Molotov’s report to Stalin, the Soviet Union was sending weapons from Nazi stockpiles and not of Soviet origin so that it could not be traced back, and therefore proven that it was providing aid to the Communist Party of Greece (KKE).

It is noted that the Soviet’s provided financial support of USD$100,000 to the KKE.

The documents in question were published by historian and author Sergey Radchenko, a professor at Cardiff University who is known for his research on the Cold War.

On Twitter, the historian wrote: “Fascinating stuff being declassified in Moscow. Check out this report from Molotov to Stalin on the weapons the USSR was supplying to the Greek Communists (who were then engaged in a civil war).”

“Molotov says here they were able to supply canons, though not of the kind requested. But, he says, they could not send the Greeks shoes and clothes because they did not have foreign-made shoes or clothes. (The importance of “foreign-made” was in disclaiming responsibility).

“They also sent cash in USD.”

Molotov says here they were able to supply canons, though not of the kind requested. But, he says, they could not send the Greeks shoes and clothes because they did not have foreign-made shoes or clothes. (The importance of "foreign-made" was in disclaiming responsibility).

Among the documents that were declassified is a letter from KKE leaders Nikos Zachariadis and Markos Vafiadis to the central committee of the USSR in 1948.

The letter was sent after the refusal of communist Albania to continue strengthening the struggle of the Democratic Army against government forces, which is described as “monarcho-fascist.”

Of possible interest to Greek followers. A letter from Nikos Zachariadis to the Soviet leadership, marking a crucial turning point in the Greek Civil War. From recently declassified Soviet archival records. pic.twitter.com/VCgkU5EuNi 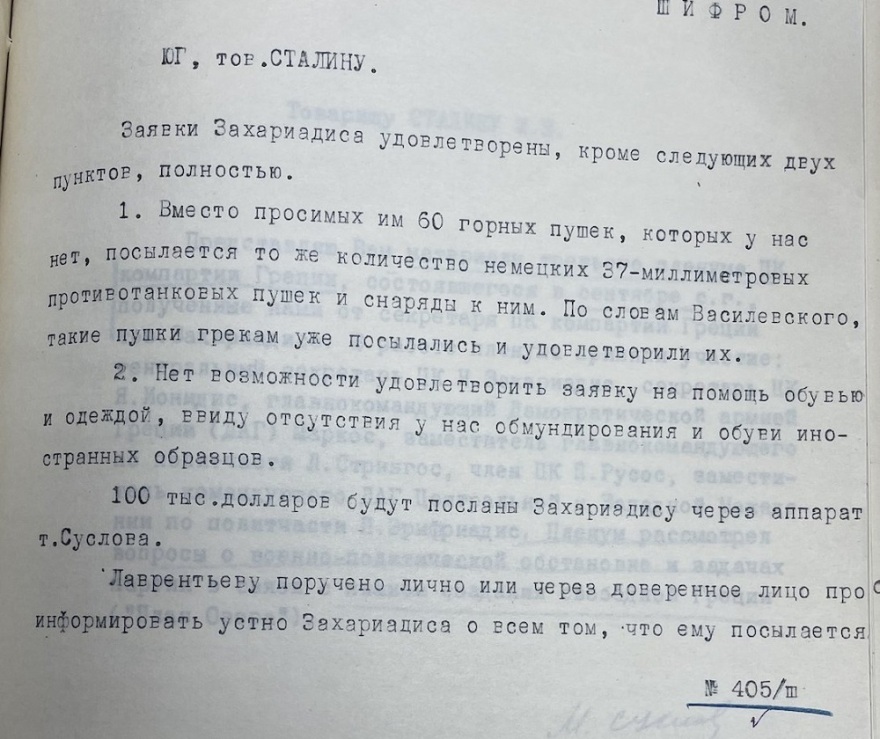 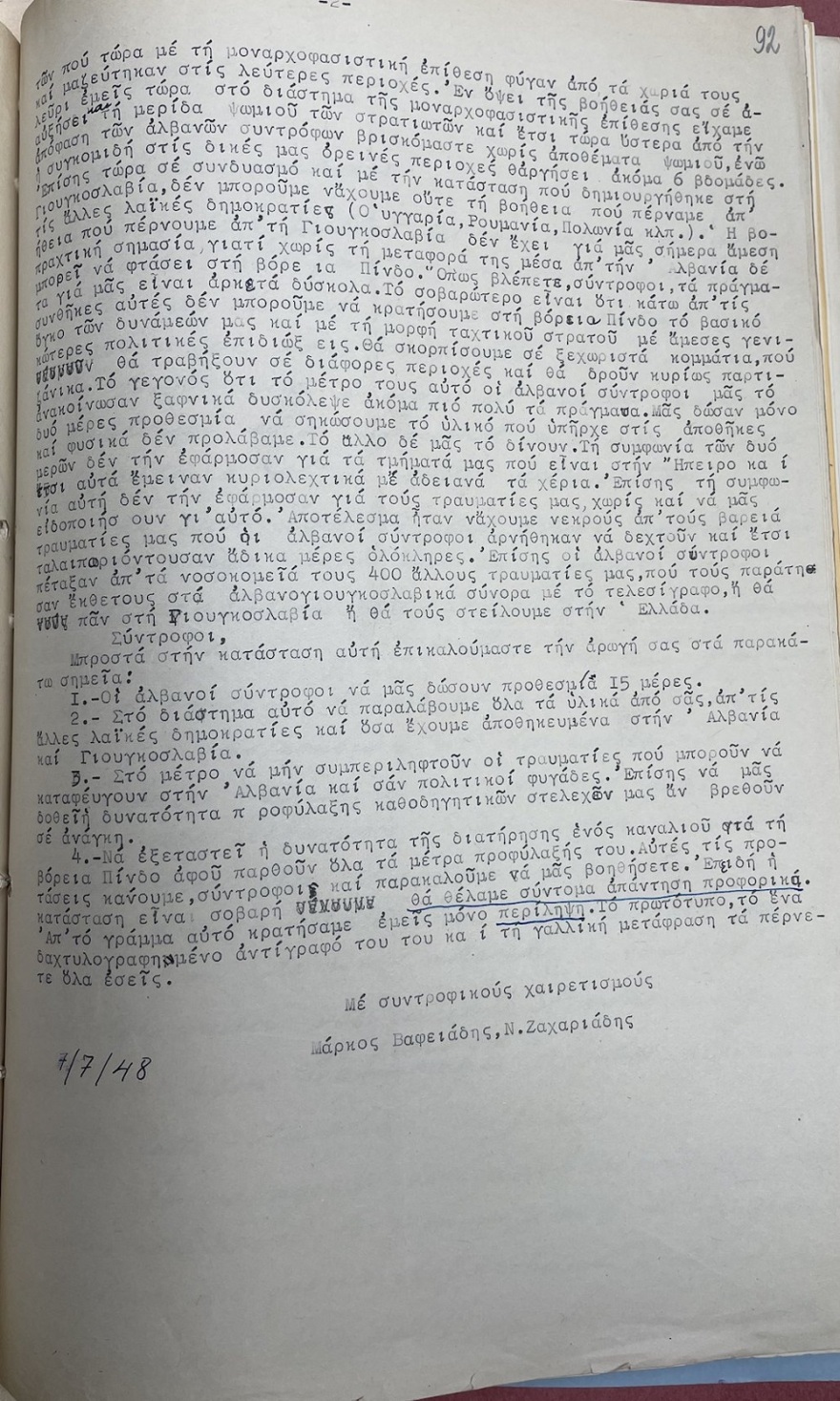 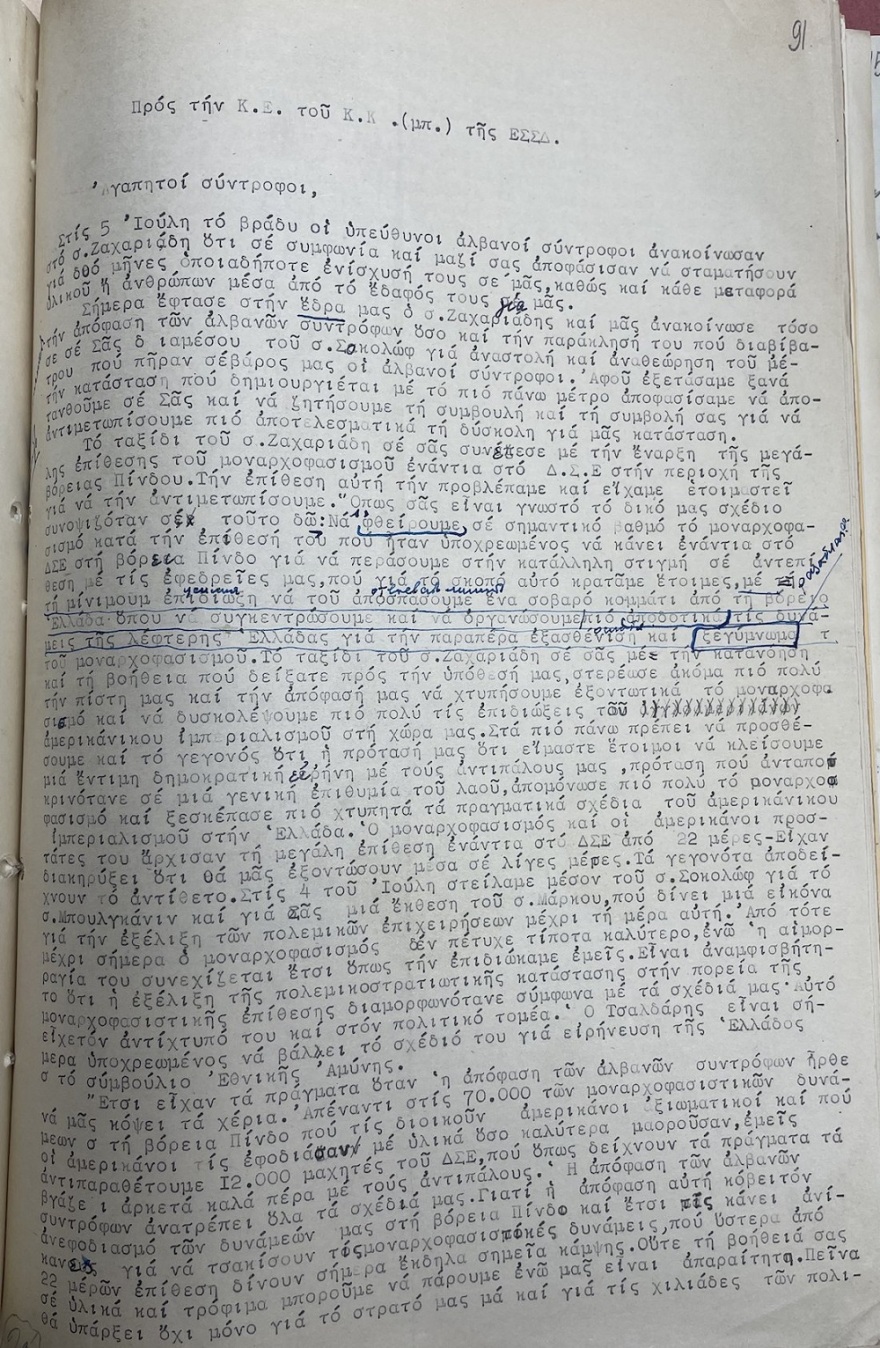