A strong explosion, that occurred shortly after 6 in the morning in a 6-storey building on Syggrou Avenue, rocked Athens.

The explosion injured a 78-year-old man, who according to Proto Thema has been transported to the outpatient clinics of the surgical department at the People's Hospital.

The elderly man has injuries to his upper and lower limbs, however there is no danger to his life.

Investigations are underway into the cause of the explosion.

Pyrotechnicians from the Explosive Ordnance Disposal Department (TEEM) are currently in the area to investigate whether there was an explosive device.

Photos from the scene of the explosion: 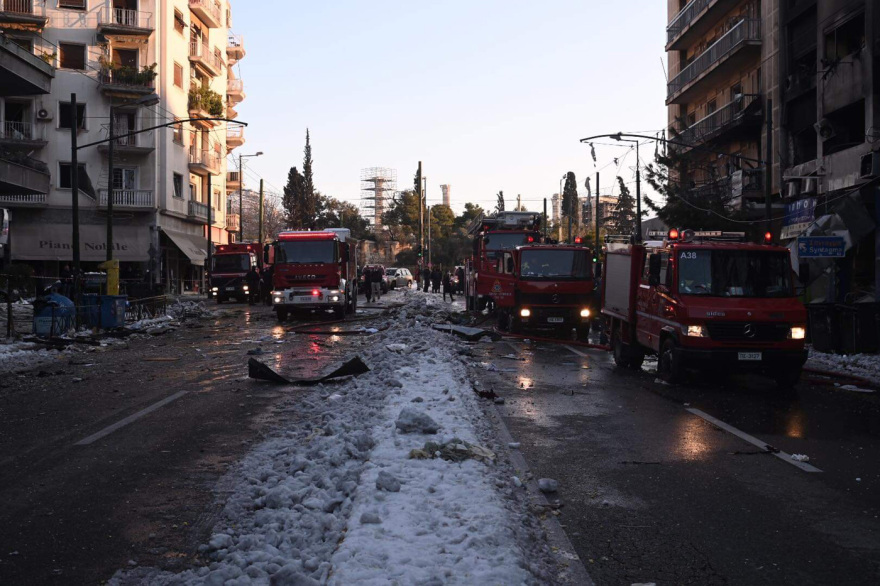 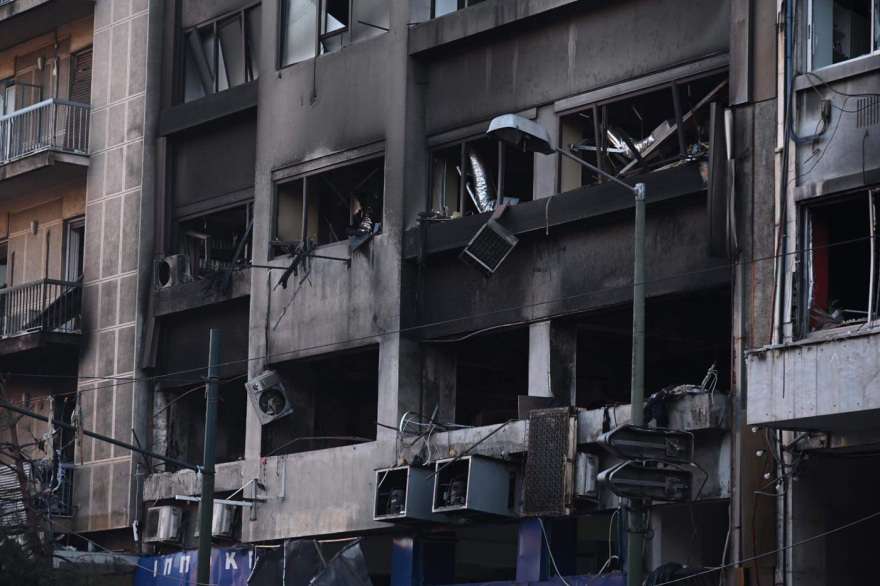 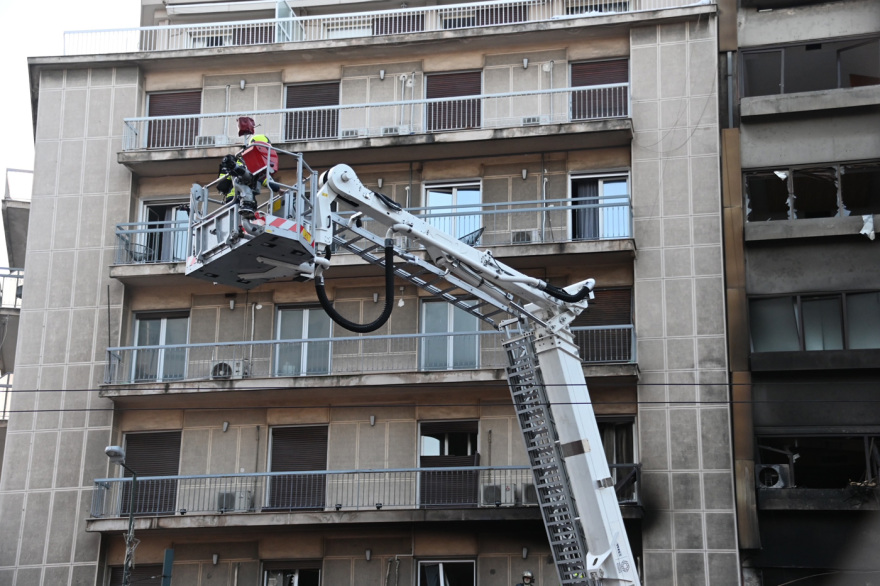 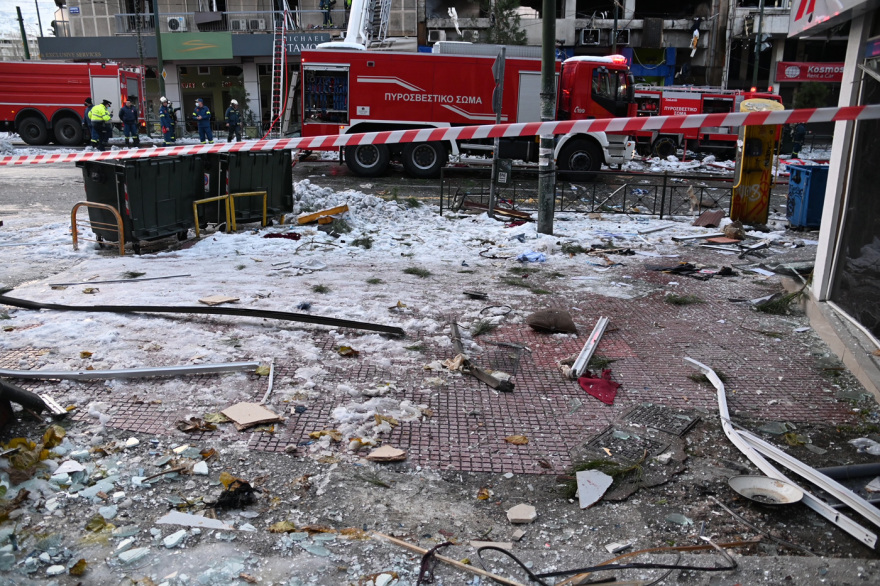 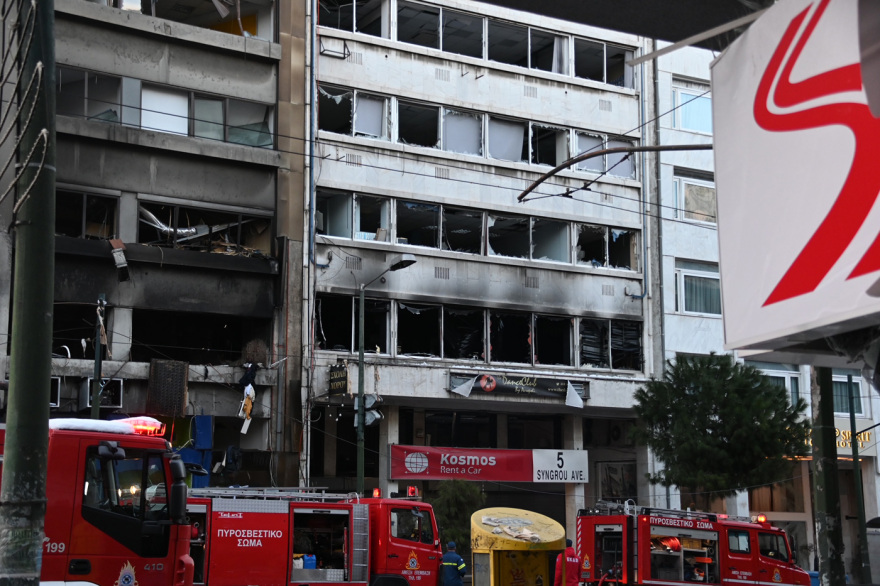 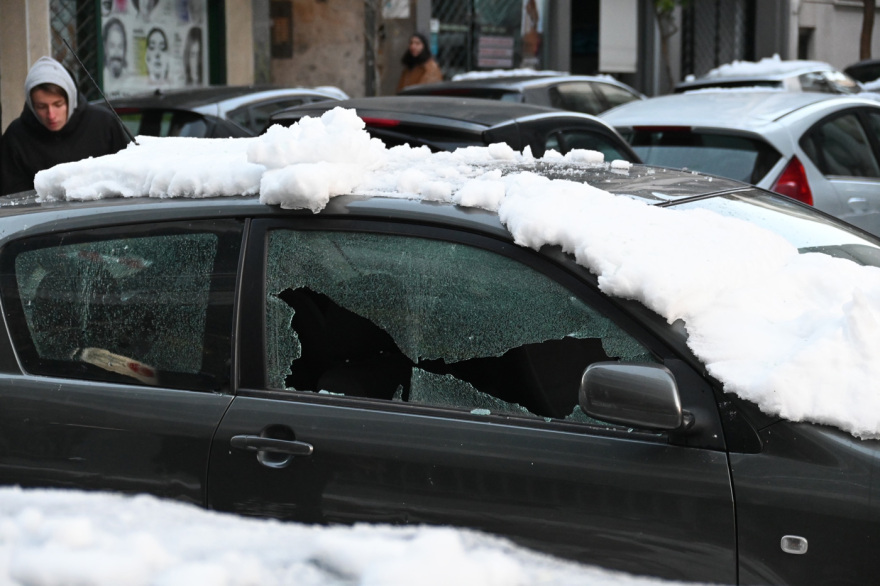 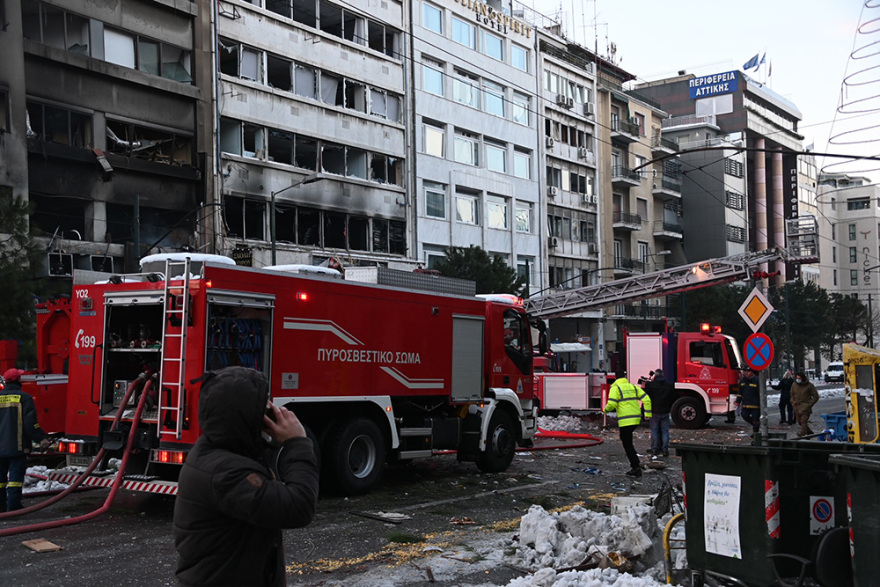 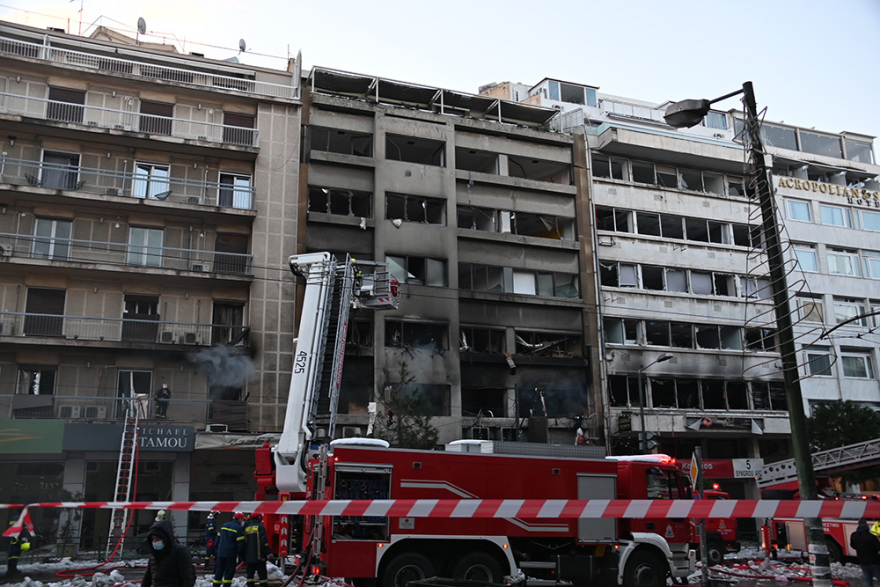 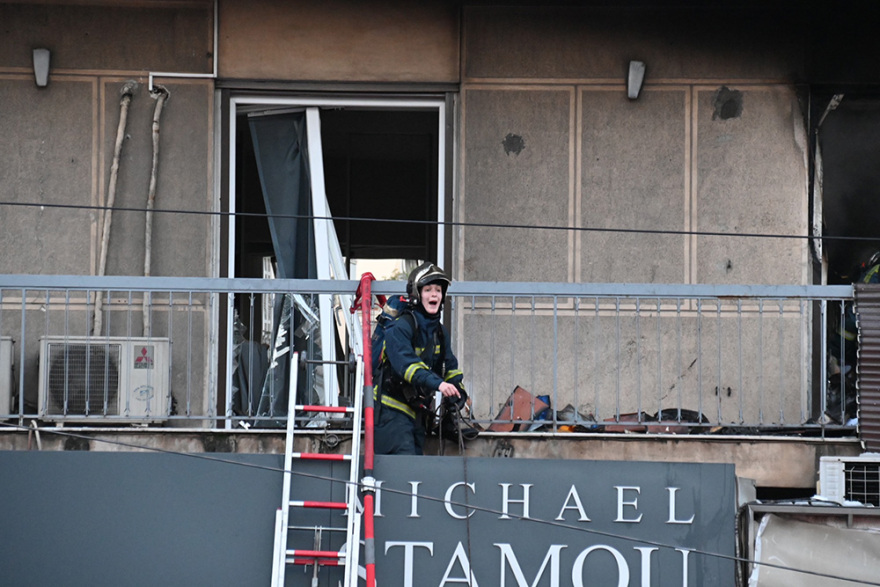 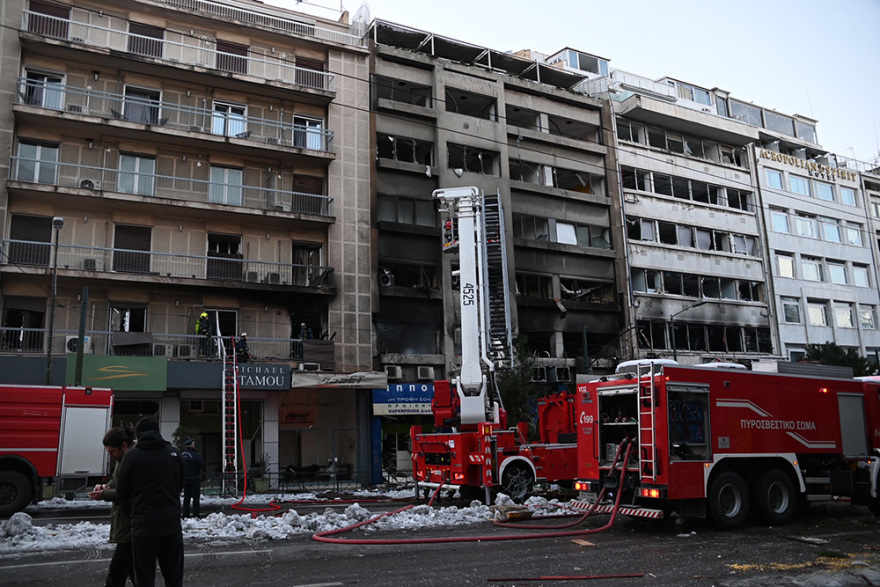 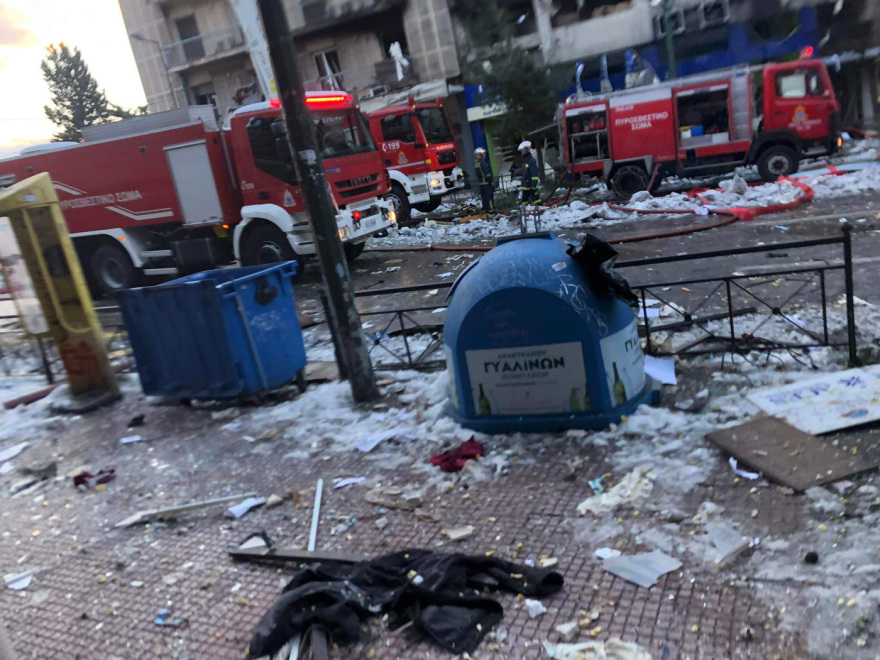 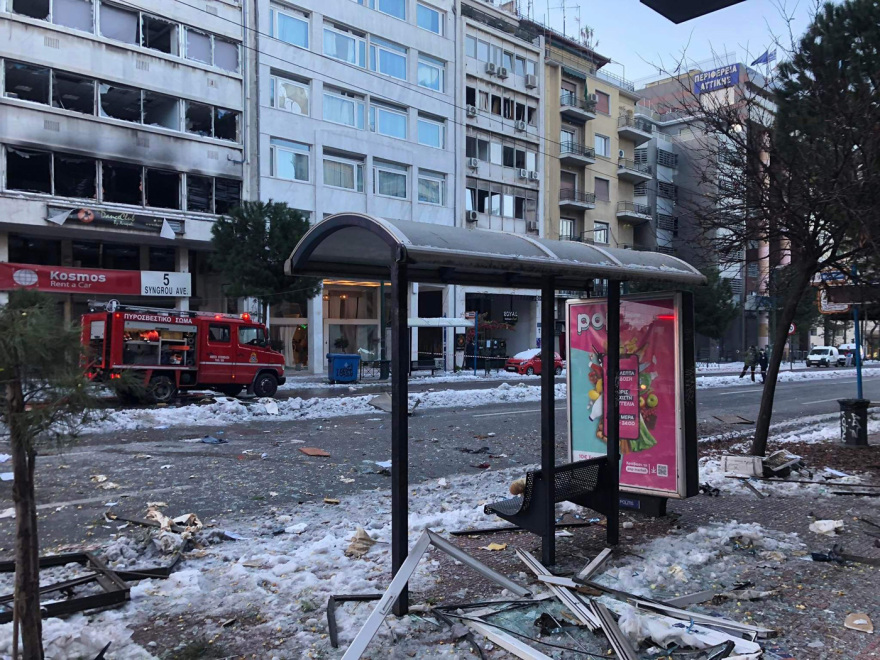 According to the Fire Service, 18 firefighters with six vehicles have been sent to the spot and are operating, while a special ladder vehicle is being used.

Firefighters are conducting searches inside the building to see if anyone is inside.

At the same time, the traffic on Syggrou Avenue is closed until the completion of the operation.

A resident pointed out on state television that a "big bang" was heard at around 6:00AM and the windows of her house were broken by the explosion.

She said she believed a bomb had exploded.

"We had material damage. We came because we have an office here. The windows have been damaged," said a second witness, an employee in the area.

A third witness stated that the cause of the explosion has not been clarified, but information has been heard that it was due to natural gas.

The explosion occurred in front of a police station, causing severe damage to several buildings in the area, with windows shattered by the shockwave.

The fire broke out on the mezzanine floor of the building and then spread to the first.

Tsitsipas silences his critics as he beats Sinner with ease, heads to Australian Open Semi-Final