UPDATE: The Deputy Minister of Environment, George Amyras, said that the recovery prognosis of the baby whale found at Alimos "is not good."

The inhabitants of Alimos found themselves in front of an incredible spectacle as they saw a small whale in the shallows.

It is most likely a beaked whale that lost its orientation.

Apparently she is quite injured.

According to local sources, she had been out in the shallows since yesterday but managed to go back into the deeps.

Today, however, she went into the shallows again.

There are divers and a vet in the area to treat the little whale.

Speaking to SKAI, the professor of Marine Biology, Dr. Koutsoubas, said that these dormitory animals collide on ship propellers.

He noted that apparently the whale has been seriously injured and usually these cases do not end well.

The doctor added that the animal is not dangerous at all and is a protected species.

Eugenia Skountzou, a veterinarian and a member of "Arion", stated that an attempt will be made to take blood from the whale as the experts still do not know why it was disoriented and if, apart from the injuries, it may have something else. 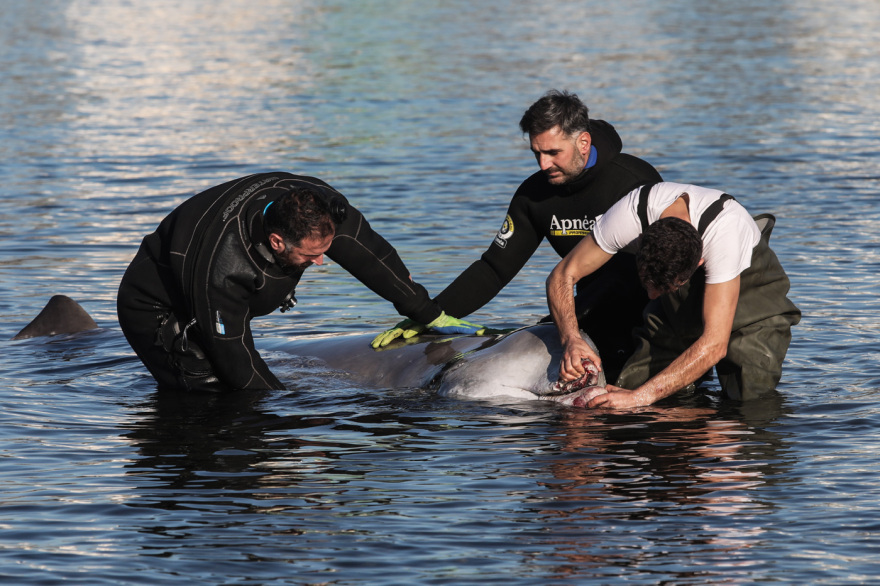 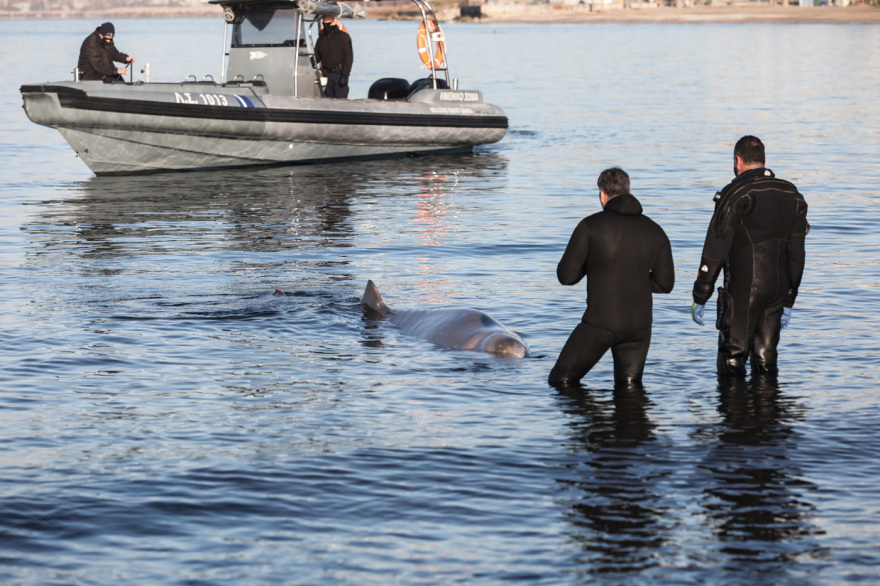 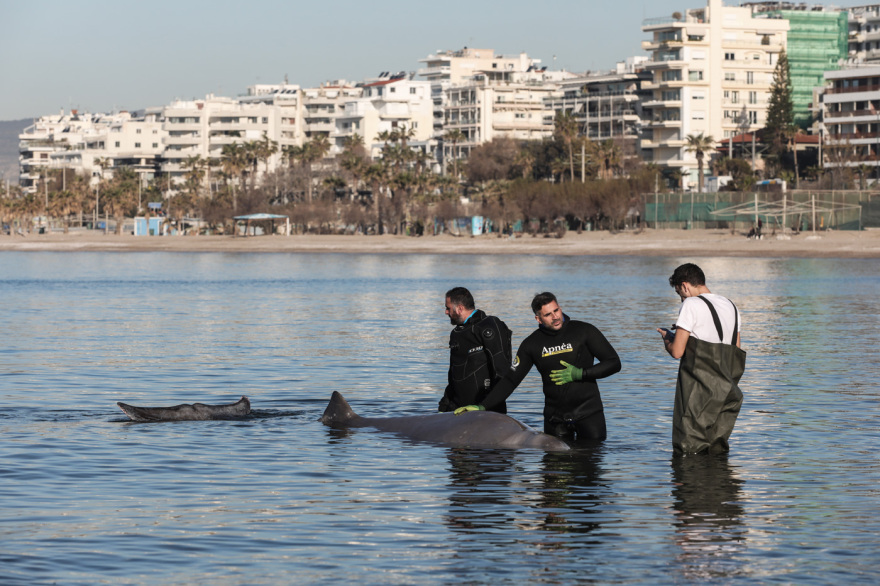 Beaked whales (systematic name Ziphiidae) are a family of cetaceans noted as being one of the least known groups of mammals because of their deep-sea habitat and apparent low abundance.

Only three or four of the 24 species are reasonably well-known.

Their key distinguishing feature is the presence of a 'beak', somewhat similar to many dolphins.

Other distinctive features include a pair of converging grooves under the throat, and the absence of a notch in the tail fluke.

Turkish National Security Council: Greece on the list of "challenges" for 2022

Sexist ad causes controversy in Italy: CV for €500 a month job must include bikini photos